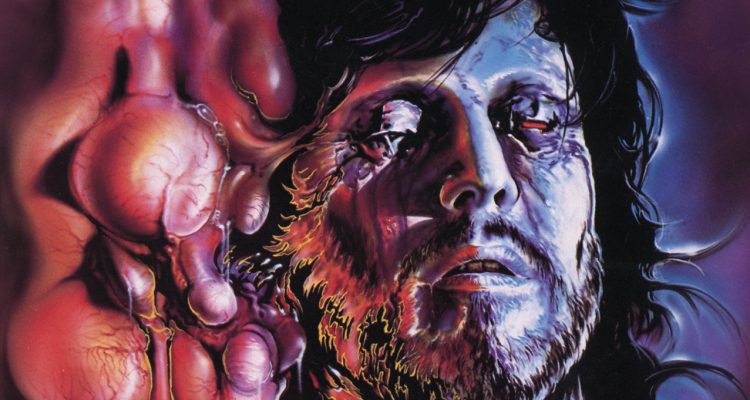 Fans of simple Italian-made schlock horror films might enjoy this more than others. It’s bloody, but lacks a reason.

A psychopathic killer with an abnormal ability to heal quickly is on the loose in a small neighborhood.

A priest is pursuing a hulking, bearded madman in a small suburban town: the priest is the only one who knows that the killer (played by George Eastman, who never says a word) has a very rare ability to heal himself very quickly from almost any kind of wound, and the killer is on an unstoppable rampage. When the killer ends up wounded with his guts hanging out, he’s taken to a hospital and heavily sedated undergoes intensive surgery, from which he recovers so quickly that the surgeon is stunned by what he witnesses. Before the police can question him, the hulking mass of flesh and blood gets up and graphically murders a nurse and goes right back outside to kill again … and again. The story then focuses on a family whose mother and father leave the house to join some friends for a televised football game, leaving their little boy and invalid daughter in the care of a babysitter and a nurse. When the silent killer stops by (and presumably kills the household pet), he quickly dispatches of the babysitter, and then goes to work on the nurse, whom he shoves into an oven and cooks! With only the little boy and handicapped girl, the killer should have some easy pickings, but the buck stops here for him, as he meets his match!

Seemingly inspired from the easy formula set by John Carpenter’s Halloween, Absurd from director Joe D’Amato (under the bogus name “Peter Newton”) is a fairly pointless slasher that seems to be missing some key details – like where did the killer come from? Where is he going? How did the priest get on his trail? It seems to exist solely to show George Eastman hacking people up in graphic fashion, and there’s no suspense or buildup to be had. This feels more similar to me to the Chuck Norris film Silent Rage than Halloween to me, only the hero is a priest. Fans of simple Italian-made schlock horror films might enjoy this more than others. It’s bloody, but lacks a reason.

Severin’s Blu-ray edition comes in a limited (3000 units) pressing that includes a bonus CD soundtrack, which is awesome. Two versions of different lengths of the film are included, and several on-camera interviews are also included. Also included is the trailer. 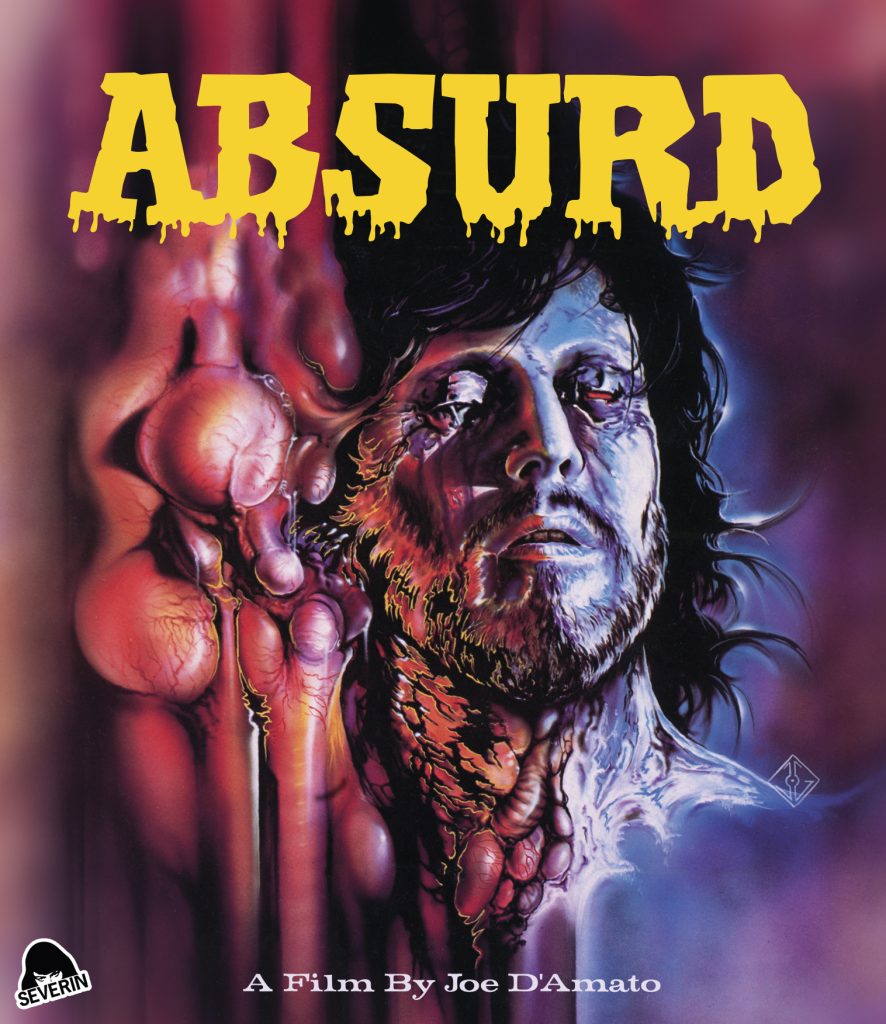