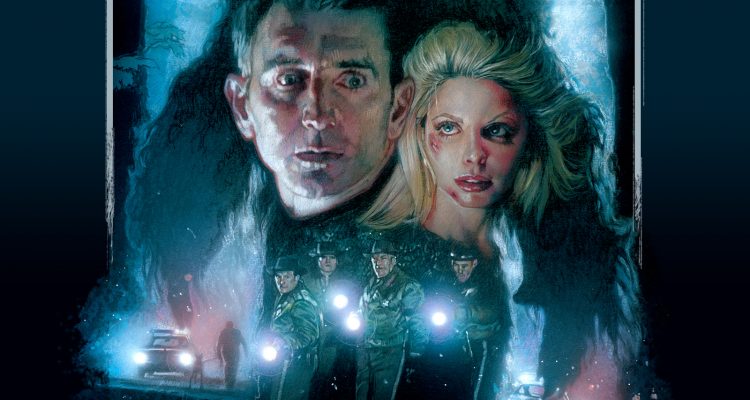 The movie’s complete lack of momentum and excitement is occasionally alleviated whenever the creature shows up, but even then it’s difficult to stay excited for more than a moment or two at a time.

Plot: A man, crippled in an accident, returns to the woods after rehabilitation, certain that he’ll not see Bigfoot again.

Review: A cross between Rear Window and your average Sasquatch flick, Abominable features some practical gore, voyeuristic nudity, and some boneheaded (and annoying) characters who meet their end at the maw of a wooly beast in the woods. A rock climber named Preston (Matt McCoy from a few Police Academy movies) returns to his cabin after six months in recovery after a brutal rock climbing accident left him disabled and his wife dead, and he’s accompanied by one of the worst screen characters of all time: a pointlessly cruel and controlling male nurse named Otis, played by Christian Tinsley. From the moment we meet Otis, we long for the moment when Bigfoot tears this guy apart. Meanwhile, a group of five hot babes pull up at the cabin next door for some R&R (Tiffany Shepis and Haley Joel are in the roster), and they’re promptly targeted by the beast roaming in the woods. Wheelchair-bound Preston only has a laptop and a pair of binoculars to his aide when he begins witnessing the creature attacking the women, and with the phone lines down, he must use some ingenuity and some pluck to escape his awful nurse (who’s only interested in drugging him) in order to save the last remaining girl (Joel) from a grisly death.

I remember seeing Abominable on DVD when Anchor Bay first released it, and I was underwhelmed with it then. I’m sorry to say that the film hasn’t aged well. Shot on 35mm, but from first time feature director Ryan Schifrin (son of famed composer Lalo, who contributed the score to this film), the movie lacks suspense and a sense of fear. Even at 94 minutes, it feels overlong, with goofy side characters, played by Lance Henriksen and Jeffrey Combs (who each play goober hunters in the woods) and a central protagonist who never emerges as someone we should care about. The movie’s complete lack of momentum and excitement is occasionally alleviated whenever the creature shows up, but even then it’s difficult to stay excited for more than a moment or two at a time. A shame. Drew Struzan’s attractive poster artwork sells the movie well, but the movie just doesn’t impress at all.

MVD Rewind brought this title to HD with a 2K transfer, plus bonus material. The Blu-ray / DVD combo contains a “new” version of the film: Some digital touch-ups enhance the picture, as well as a new addition to the creature itself (the eyes are different in this version). Also included is the original version. An audio commentary and behind the scenes features fill up the supplements, as well as a foldout poster.