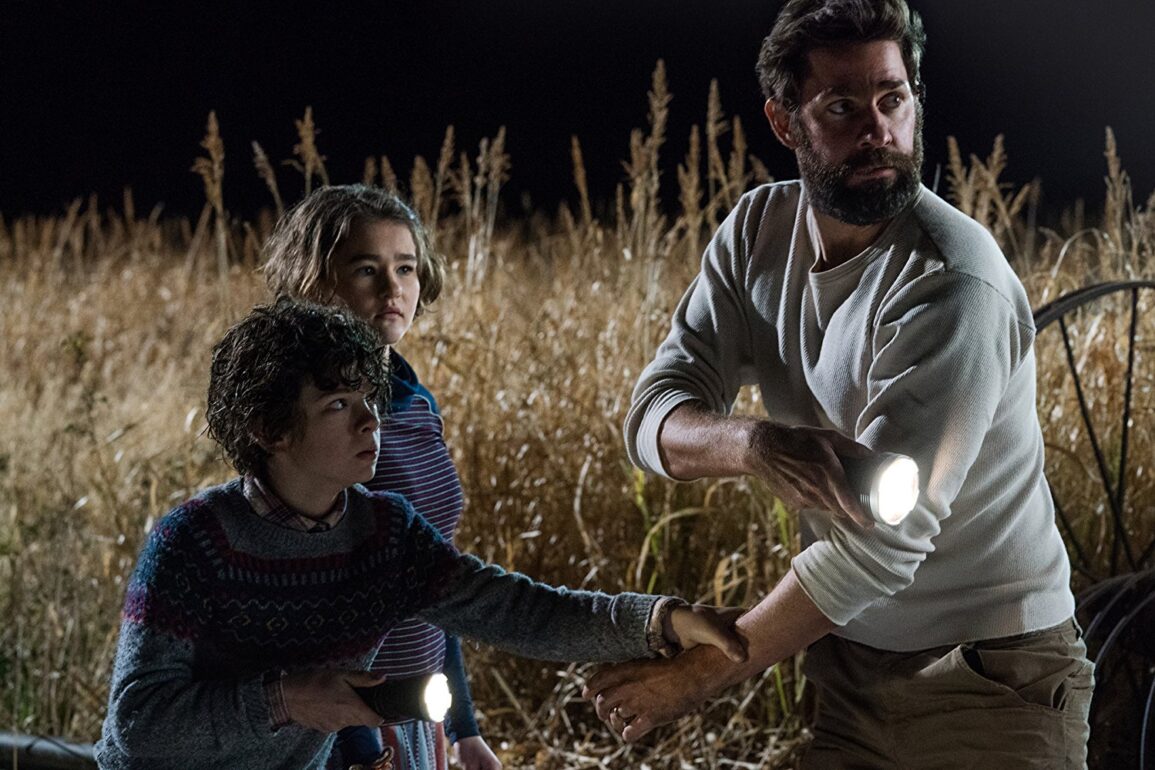 Overall, A Quiet Place is edge of your seat stuff with a fun premise and genuine tension; it’s not quite as intense as Don’t Breathe but it’s a taut and engaging horror thriller.

Plot: A family is forced to live in silence while hiding from creatures that hunt by sound.

Review: Critics have been raving about this movie which always makes me go in with trepidation however, A Quiet Place very nearly lives up to all the glowing reviews. John Krasinski directs and stars alongside real life wife Emily Blunt as they try to keep their family safe from mysterious creatures that attack as soon as you make a sound.

It is essentially a silent movie as the family communicates primarily using sign language only ever speaking when there is a bigger, louder noise happening (like a waterfall).

Although the first half is a little slowburn it builds up the tension and lets us get to know this family and care about their plight. The children are the right side of annoying although frankly the kid with the space rocket got exactly what he deserved…

Blunt and Krasinski have real chemistry and are incredibly appealing as the husband and wife doing the best they can to survive this nightmare.

The premise is essentially Signs meets Don’t Breathe and once it really gets going you’ll be on the edge of your seat as it gets almost unbearably tense.

We never find out what the creatures are or where they came from but we can assume they are aliens and that makes them all the more terrifying; they are nasty looking too which ups the threat level nicely.

The sound design is the highlight of the movie with every noise elevated a hundred times so when any of the characters jump we so the same. Our audience was surprisingly well behaved and we could have heard a pin drop throughout.

My biggest problem with the movie were some of the character decisions; I mean, there are creatures out there that react to even the slightest sound so in order to survive you have to remain completely silent. It just seems odd that one of the first things this family decides to do is get pregnant. Babies are the loudest most awful things in the world but it’s OK because they are going to gas the child to sleep to keep it quiet. I get why they wanted one but I’d have maybe waited until this whole alien invasion thing blew over as it just adds to your problems somewhat. It seemed like a very selfish decision on the parents part but on the flip-side of that I guess it made them feel more human.

Overall, A Quiet Place is edge of your seat stuff with a fun premise and genuine tension; it’s not quite as good as Don’t Breathe but it’s a taut and engaging horror thriller.