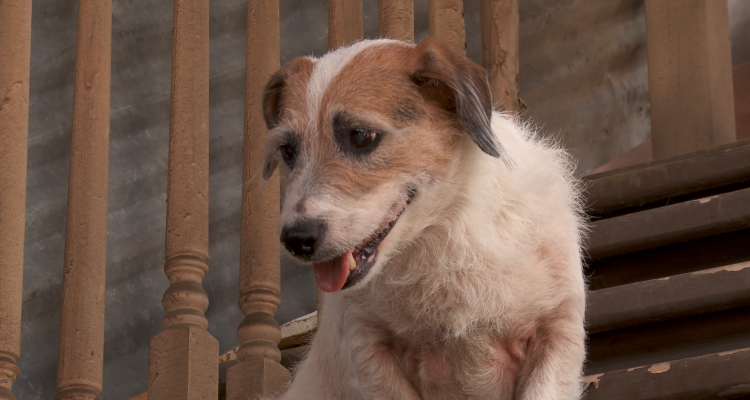 A DOGGONE ADVENTURE OUT NOW

Vision Films and Team 5 Entertainment are proud to present the new, exciting family film, A Doggone Adventure. Directed by Tony Randel​, this movie will be the final installment in the trilogy starring everyone’s favorite Jack Russell terrier, “Just Jesse the Jack”​ and introducing for the first time his baby stage brother, Jake​. Starring Kurt Yaeger​ (Sons of Anarchy), Dominique Swain​ (Face/Off ), Paul Logan​ (Days of our Lives), Walker Mintz ​(This is Us), Jayden Hedden​ (A Doggone Hollywood), Jonathan Tysor​ (Nessie and Me), Sydney Thackrey ​(A Doggone Christmas), Dilan Patton ​(Wizard of Youth) and internet sensation Just Jesse the Jack (A Doggone Christmas), A Doggone Adventure will be available on DVD and VOD on Tuesday March 20, 2018.

The canine hero from A Doggone Hollywood and A Doggone Christmas, Murphy (“Just Jesse the Jack”​) enlists a group of junior detectives and their dad, host of a popular TV show (Kurt Yaege​r), to help them unravel the mystery behind Murphy’s telepathic talents. But things get even more mysterious when they find themselves entangled in a world of UFOs, futuristic sky sleds and unscrupulous secret agents.

“Making A Doggone Adventure was truly one of the creative thrills of my career”, says director, and co-producer, Tony Randel. “Directing these five “little rascals” was fun, hilarious, sometimes frustrating, and always a hoot!” A Doggone Adventure takes “Just Jesse the Jack” to a place he’s never been before thanks to the movie making magic of the Team 5 crew. Co-producer and special effects guru Chuck Cirino explains “I was inspired to create a rich visual effects world that the kids and dog could interact with effortlessly. To achieve this I tapped into my many years of enjoying classic science fiction films, and a childlike sense of wonder.”

Composer Chuck Cirino also wrote the original music score sharing “For this film I wanted to depict a feeling of authority, humanity, awe and power. In my mind this would seamlessly enhance the visual effects design I created.”

Sound Designer Patrick Giraudi says, “The drone scene was challenging as the toy we used was CGI so I had the idea to use a broken 1 inch cooling fan and a can of compressed air. By spraying the air at the right angle, I was able to get different sounds that represented the speeds of the small blades to make a believable flying drone.”

“Many people say to never work with animals, but the professionalism of ‘Just Jesse the Jack’ and his trainer, Heather Brook, never ceases to amaze me” says producer Alexia Cirino. “They are an absolute pleasure to work with!” 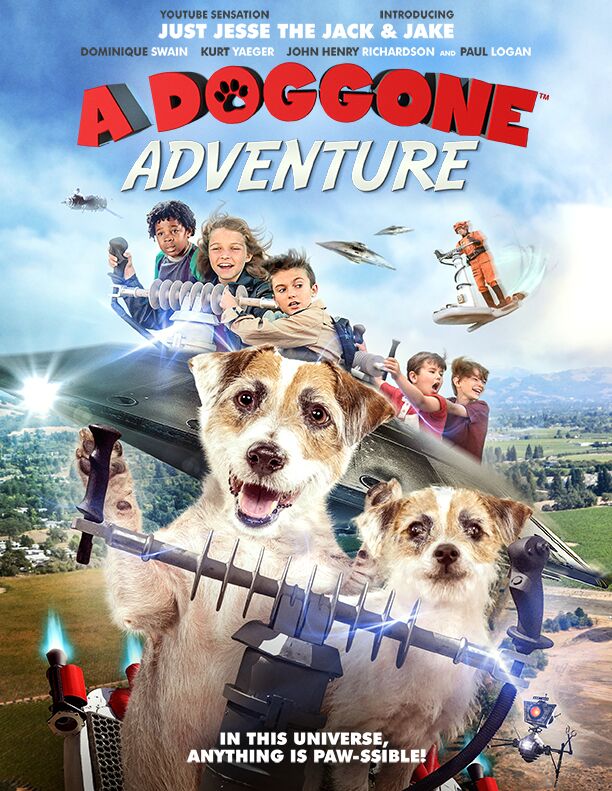 A Doggone Adventure has something for viewers of every age. The clever script by Jim Wynorski pays homage to dozens of Team 5’s Hollywood favorites from Charlie Chaplin’s Modern Times to
Woody Allen’s Sleeper, as well as I Love Lucy and Dirty Harry. Parents and grandparents watching the film with their children will be entertained and delighted to find all the famous movie and TV showreferences hidden in the film.

Jesse the Jack’s trainer, Heather Brook says, “Jesse is my best friend, heart dog, and constant companion. He is my first and only dog. He loves working on set and hams it up for the camera, with a big smile on his face. He is so in tune with me, it’s like we are speaking the same language. We love working together, and had so much fun on set. Everyone on the production was wonderful and a joy to work with.”

“We are thrilled to be working with Team 5 and the ever-charismatic ‘Just Jesse the Jack’ once again”,says Vision Films CEO, Lise Romanoff​. “A Doggone Adventure” is a film for the whole family to enjoy together. In addition to the release of this film on March 20th, we will be bringing back all 3 movies in a DVD box set this coming holiday season.”