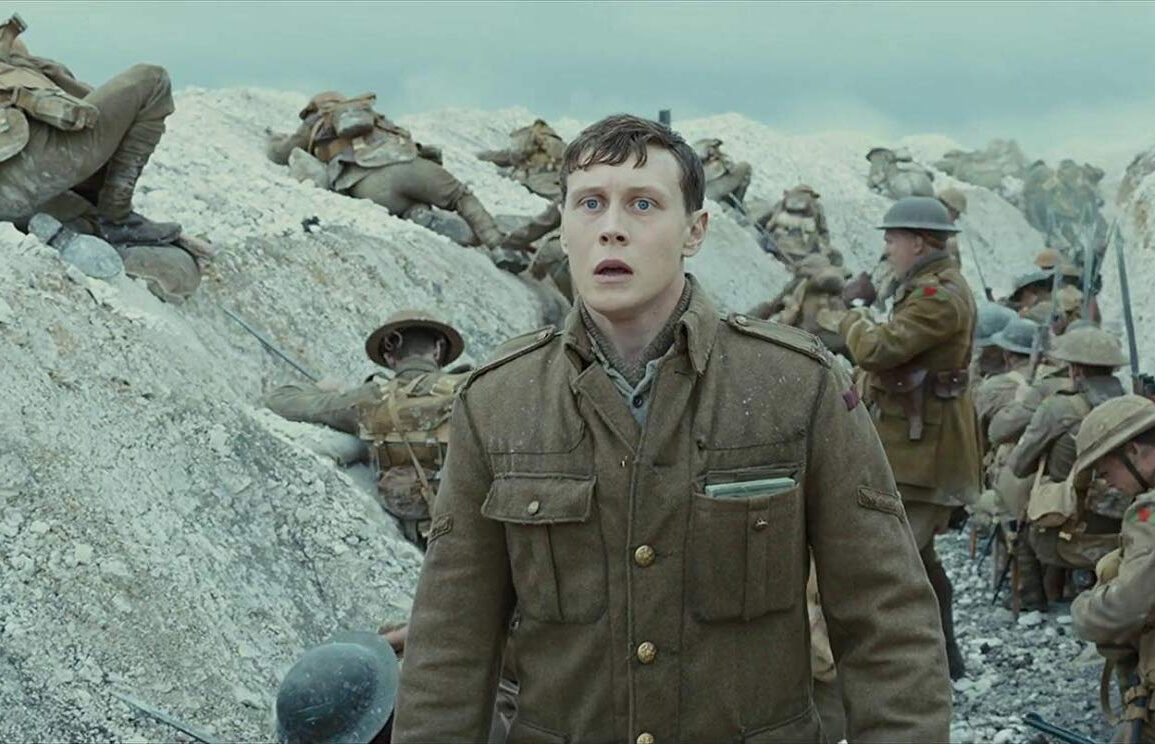 1917 may not exactly be a “fun time at the movies” but it is an amazing technical achievement which doesn’t let you go; I’ve been thinking about it constantly since I watched it and I feel it’s a movie that you need to see at least once as the characters and cinematography make it one of the best war movies of modern times.

Plot: April 6th, 1917. As a regiment assembles to wage war deep in enemy territory, two soldiers are assigned to race against time and deliver a message that will stop 1,600 men from walking straight into a deadly trap.

Review: Now that there isn’t going to be anything major released in movie theatres for the next few weeks I figured it’s time to catch up on some films I’ve missed over the past year. First up is Sam Mendes’ rather incredible World War I epic 1917 which is one of the best looking war films you’ll ever see.

Made to look as if the entire movie was done in one shot 1917 is a stunning achievement as what could have come off as gimmicky manages to grab you immediately and doesn’t let go until the end credits. I was so into the story that I even found myself tearing up at the end.

1917 is an intense watch which has you on the edge of your seat and the sounds of the battles are effectively terrifying. It really captures the fear that the soldiers felt especially on the front lines as they were waiting to run over the trenches and mostly into certain death.

It didn’t go in the direction I expected with some shocking twists which really elevate it above your average war movie. At times I did feel as if a few scenes went on a little too long but it did help to truly immerse you into the story so you felt like you were there with them.

The acting is first class as you’d expect (they are British after all, damn it!) with some nice cameos from some of the UK’s biggest stars; I won’t say names in case it spoils the movie but everything just feels authentic.

Our two leads Lance Corporal Blake (Dean-Charles Chapman) and Lance Corporal Schofield (George MacKay) are immediately appealing with Blake a true hero who will stop at nothing to get the message across to stop an attack which would surely end his brother’s life. Schofield is a little more cynical about the mission and at first practically begs Blake not to rush as he is frankly terrified. The two have some natural conversations throughout and they feel like real people. At the end credits it said 1917 was inspired by some true stories Mendes heard from his relatives who were there so it had me wondering if that is why so many of the British soldiers were portrayed as mean and unsympathetic. Very few are actually kind towards Schofield and Blake mostly telling them to go away but once again it made it all feel more authentic.

The cinematography as you can imagine is sublime and one sequence at night featuring flares is terribly beautiful as well as packed with tension. It’s the type of film that you don’t really “enjoy” but can appreciate the technical achievement and performances.

The music score from Thomas Newman may be one of his best yet and he clearly collaborates well with Mendes as they have worked together before on Skyfall, SPECTRE and American Beauty. For the first half of the movie the music is barely audible mostly just low tones but as it builds to the finale it turns into something truly spectacular.

Overall, 1917 is the kind of movie you really should see at least once; not only is it a stunning technical achievement but it reminds us all how awful war is and why it should be avoided as much as possible.