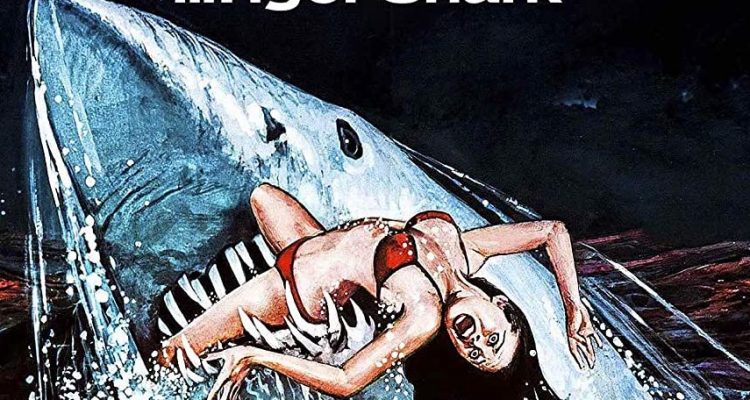 Filmed and released on the cusp of the juggernaut that was Jaws, Tintorera … Tiger Shark doesn’t feel overtly like an exploitation knock-off of that blockbuster. In fact, it is much more concerned with being a romantic drama than a killer shark movie.

A love triangle in Mexico turns deadly when a deadly tiger shark kills one of them, leading to a do-or-die hunt for the shark.

Wealthy and bored Steven (Hugo Stiglitz) is lounging on his yacht on the beaches of Mexico, enjoying the view and nonstop parties, and after an intense fling with a beautiful woman, he clashes with a Hispanic lothario named Miguel (Andres Garcia) who poses a threat to him in terms of romantic conquests. Instead of becoming enemies, Miguel proposes that they team up and become friends and go on sexual conquests together, which appeals to Steven, and their first conquest comes in the form of a beautiful blonde Englishwoman named Gabriella (Susan George), who instantly goes for the bait that these two guys are offering. For a month, the three of them are lovers without jealousy or strings attached, and they cruise around South America and enjoy each other with complete unabashed abandon. Being a professional shark hunter, Miguel teaches Steven how to catch and kill sharks, but when one of them is killed (quite graphically!) by a tiger shark, the other one goes on the warpath for the beast that killed his friend.

Filmed and released on the cusp of the juggernaut that was Jaws, Tintorera … Tiger Shark doesn’t feel overtly like an exploitation knock-off of that blockbuster. In fact, it is much more concerned with being a romantic drama than a killer shark movie. It feels very much in tune to a European / South American-style sex drama with lots of nudity and sex and hip music (Basil Poledouris did the score) than being a thriller. What I didn’t like about it at all was that it films lots and lots of sharks and fish (and even a giant turtle) being killed for real, which gives the movie a strange snuff-type flavor. I hate seeing stuff like that, and this movie is full of it. One thing it has going for it in spades is that it has a ton of gorgeous (often nude) women, and it’s difficult to complain about that, especially in today’s ultra PC environment. From filmmaker Rene Cardona Jr., this one is enjoyable, but also upsetting for the reasons I stated. It’s based on a novel by Ramon Bravo.

Kino Lorber and Scorpion have teamed up to present Tintorera … Tiger Shark on Blu-ray, and while the transfer isn’t tremendous (but certainly more than adequate), the movie has likely never looked better on home video. In comes with a new audio commentary by two film historians, and the original trailer. 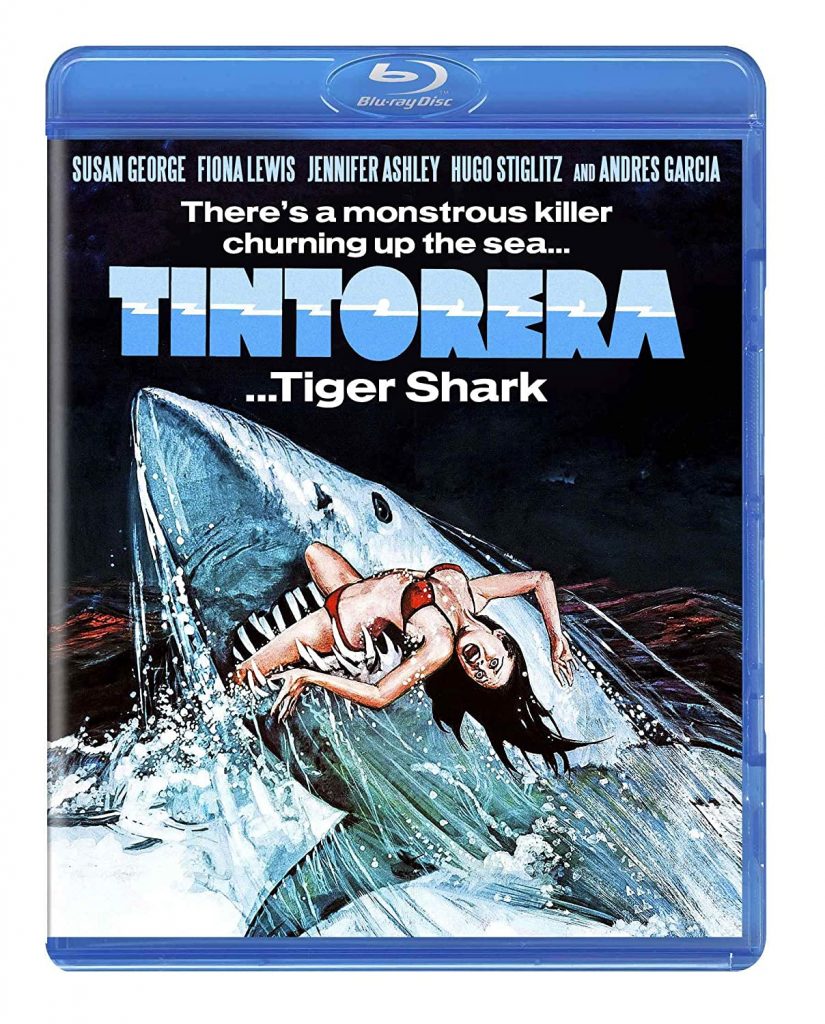