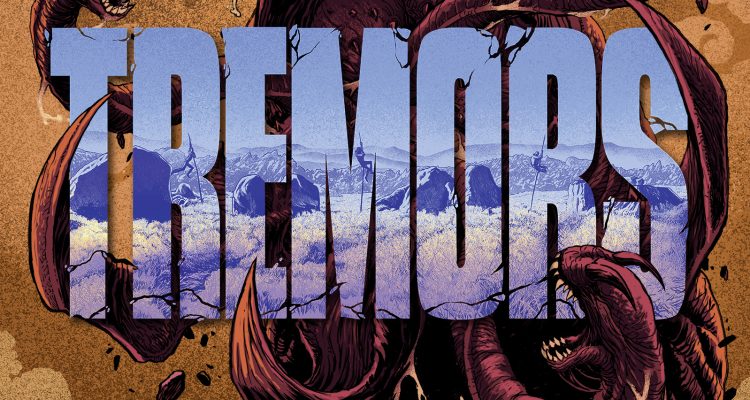 Arrow Video clearly sensed that restoring Tremors onto 4K was a good bet, and I have a feeling this will be one of their more successful titles, despite the fact that it’s been on Blu-ray already in multiple editions.

Giant underground earthworms plague a remote Nevada town where everyone living there must fight back to survive.

Events converge upon the small, isolated desert town of Perfection: Strange, unexplainable tremors register on a seismologist’s meters, people suddenly disappear while outside, and two garbage men cum handymen – Valentine (Kevin Bacon) and Earl (Fred Ward) – decide to hit the road in search of greener pastures, but they chose to leave one day too late, as they can’t seem to leave the valley without encountering one calamity after the next. Turns out, there’re giant subterranean worms the size of spice worms on the planet Arrakis in Dune burrowing underneath the valley and towards the town of Perfection, and when they pop their huge heads out, they’re full of tentacles and a hunger for anything that moves. It’s up to dunderheads Valentine and Earl – and the handful of ready-to-fight folks in Perfection (including the nerdy, but cute seismologist) – to get a plan together to battle the “grabboids” under the desert soil before the creatures get their bellies full of fresh meat.

A bonafide cult classic, Tremors is one of those movies I saw as an 11-year old at a sleepover (with Arachnophobia!) that never gets old thanks to a timeless appeal and superlative crafting. It’s such a simple, yet winning concept, and it’s full of great performances by the most ideal and perfect cast you could ask for. I’ve seen it countless times, and I’ve introduced the series to my 7-year old son (who loves it), and yet it’s easily one of my most-watched movies in my collection. Ron Underwood directed this straight out of film school, and he directed it from a smart script by SS. Wilson and Brent Maddock, who also wrote Short Circuit. Six film sequels and a 13-episode TV series (which is underrated) followed. But it’s the first one that stands the test of time.

Arrow Video clearly sensed that restoring Tremors onto 4K was a good bet, and I have a feeling this will be one of their more successful titles, despite the fact that it’s been on Blu-ray already in multiple editions. Arrow has once again pulled out all the stops to present the title in a beautiful and lovingly created and crafted edition, with hours of bonus content, including several filmed documentaries featuring cast members Kevin Bacon (who seems a little bored in his interview), Ariana Richards, Michael Gross, and even Jamie Kennedy who was in some of the sequels, as well as director Underwood, and the screenwriters, among others. There are new commentaries featured in the two-disc edition, trailers galore (they include trailers for the whole series), behind the scenes features, deleted scenes, and enough to keep anyone busy for while. The hard case set comes with a two-sided foldout poster, a diagram of the anatomy of a grabboid, plus a faux voucher for Chang’s grocery. Two editions were simultaneously released: a standard Blu-ray edition and a 4K edition. 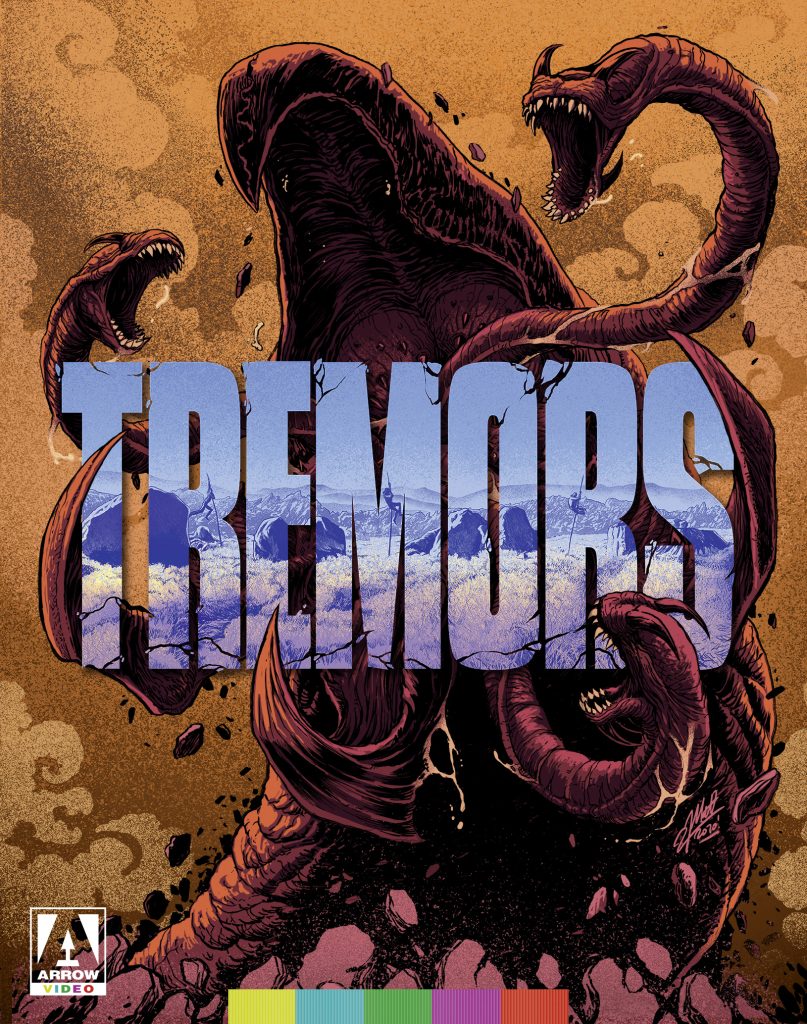