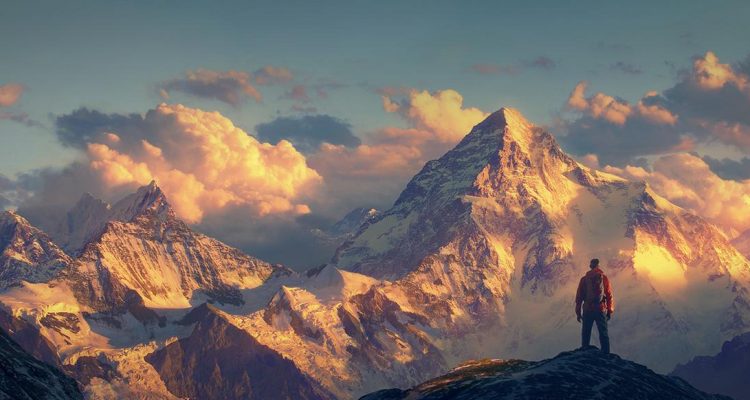 A feel-good adventure with terrific cinematography, a great cast and some amusing bits.

Plot: When the photo that is meant to be the last physical cover for Time Magazine is lost, Walter Mitty travels around the world to find its photographer and the location of the picture.

Review: Never having read the 1939 short story by James Thurber, nor seen the 1947 adaptation of the story starring Danny Kaye (which is surprising considering I like Danny Kaye – his comedy The Court Jester was one of my favourites growing up), I didn’t know quite what to expect when I sat down to watch this one. To say I was pleasantly surprised is an understatement.

Let’s start with the story. While there was nothing earth-shattering about it, and there were quite a few parts that were telegraphed (Shirley McLaine’s role in the film seemed to be to just point out information that Walter missed or to save his bacon when he did something stupid), It was still a nice little adventure.  I mean, when it starts, and you find out that the character has essentially done very little with this life, you know he’s going to go on some crazy adventure, and that’s precisely what happened.  However, that doesn’t mean the story sucked – it was sweet, it was engaging, and except for one scene, which irritated me due to how unnecessary it was, it put a smile on my face.  Not every story needs to be Shakespeare, but I’ll never complain if a feel-good movie actually, y’know, makes you feel good.

This is also the type of movie that defies genre. What is it? Well, it’s an adventure/fantasy that has both dramatic and comedic parts. The comedic parts more or less hit (other than that scene I mentioned earlier that was just too specific and really wasn’t that funny), and the dramatic parts hit the mark as well. Was there action? Yup, a little bit, and you could actually tell what was going on, which was nice, considering how many movies love fast edits and shaky-cam.

The cast was on point.  Ben Stiller is hit-or-miss with me.  Sometimes I think he’s fine and sometimes I think he goes overboard. He was very mannered, and he was the sort of guy you could get behind. I normally dislike Kristen Wiig.  I don’t find her brand of humour very funny, as it consists of her just drily pointing out the absurdity of the situation – it’s like she thinks the audience is stupid and needs the joke recited to them.  In this movie, she was surprisingly tolerable, though. Sean Penn was enigmatic as usual, and kudos to Adam Scott, who played the corporate prick perfectly.

The cinematography was breathtaking. Stiller’s character travels the world in this picture, and they made sure to show the beauty of the places he visits. Sometimes I felt like I was watching one of those travelogues, it was so good, and this was just watching the DVD copy, I have no idea how it would look on blu-ray.  The score was not particularly memorable, and the makeup/effects were pretty good, there was one scene that had ageing effects or makeup, and it was pretty spot-on.

Walter Mitty is the perfect movie to watch in these troubling times. It puts things into perspective, gives you something to think about, but can still be just viewed as an enjoyable adventure romp that I think would speak to most people. When a movie can deliver on that many levels, then it’s something special.