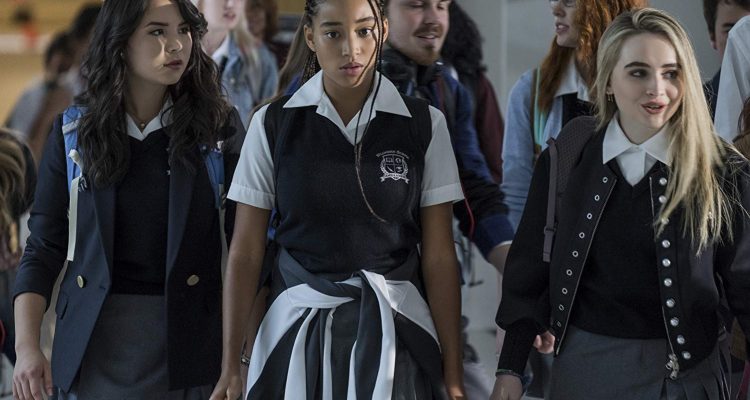 The Hate U Give is an intense rollercoaster with a very current story and fantastic performances. It won’t be for everyone but it’s worth seeing at least once.

Plot: Starr Carter is constantly switching between two worlds — the poor, mostly black neighborhood where she lives and the wealthy, mostly white prep school that she attends. The uneasy balance between these worlds is soon shattered when she witnesses the fatal shooting of her childhood best friend at the hands of a police officer. Facing pressure from all sides of the community, Starr must find her voice and decide to stand up for what’s right.

Review: The Hate U Give, an adaptation of a novel of the same name, puts a spotlight on the topic of police brutality through the eyes of our protagonist, Starr (Amanda Stenberg), a teenager who becomes a witness in a police shooting of her friend, Khalil (Algee Smith).

This movie definitely spotlights some of the injustices that are currently happening in the US right now, which brilliantly captivates the audience and puts them through an emotional rollercoaster. This movie is very intense, and I do caution viewers before seeing it. You need to be in the proper mindset and mood to see this film as it isn’t a popcorn flick; it’s a movie to educate the audience about police shootings and the Black Lives Matter message.

Amanda Stenberg really carries this movie. She does a brilliant job creating an emotional dialogue with the audience, and captivates us from the start to the end. The cast is generally on point; Regina King and Issa Rae also have a few great scenes, but some of the best scenes happen when Russell Hornsby is on the screen; he delivers some great emotional moments that had me laughing but also on the verge of tears. The only performance that I was very underwhelmed by was from Anthony Mackie (Avengers: Infinity War); his character just felt really underdeveloped and wooden, and didn’t really bring anything to the movie.

The Hate U Give clocks in at around 2 hours and 12 minutes, but it definitely feels longer. The film takes a long time to build up to the incident and it also stalls a bit during the middle of the movie, making it feel longer than it should be. If it was a bit faster paced I think I would have enjoyed it more.

Overall, the movie is an intense rollercoaster. It had some of the most edge of your seat scenes I’ve ever seen in a movie. Again, I do caution anyone seeing this movie, you need to be in the right mindset, but hopefully audiences can take away the powerful message that this film delivers, and more importantly opens a dialogue.