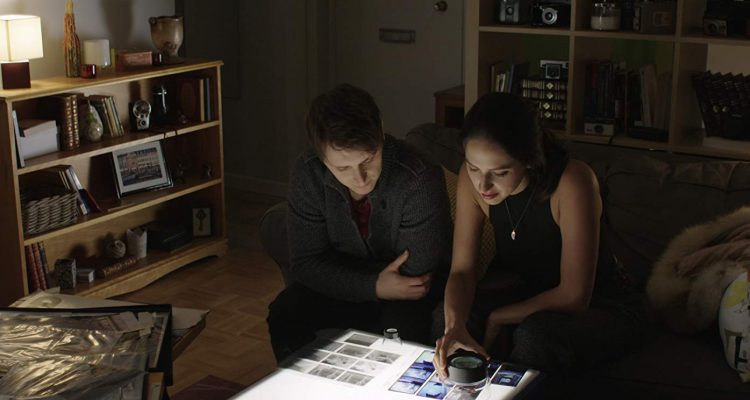 Space & Time is a rewarding drama with solid performances from the cast; I didn’t find Siobhan or D.D. especially sympathetic but I don’t think we’re meant to ( at least I hope not). It captures the raw emotions of a break-up and the aftermath of a relationship falling apart while exploring the challenges of turning 30.

Plot: As they quickly approach their thirtieth birthdays, academic physicist Siobhan and her photographer boyfriend Sean realize they failed to answer key questions about themselves and their relationship. Their devotion to each other is further tested when Siobhan decides to chase a research opportunity that would move them to Geneva.

Review: Filmed right here in Toronto Space & Time is a romantic drama about two people called Siobhan and Sean who are in love but when the prospect of a new life in Geneva shows up their relationship is tested and begins to fall apart.

Space & Time is a very appealing movie with realistic characters that you can really identify with. As anyone who has been in a relationship can tell you they can be very taxing especially when new opportunities for career advancement appear to want to separate you.

Sean is a bit of a pushover who spends his life being told what to do by the women in his life; he is quite happy to be a photographer in Toronto but when Siobhan thinks that he will just up and leave his life and move with her to Geneva you know things aren’t going to end well. Siobhan is rather self absorbed, and I didn’t particularly sympathize with her as she never seems to care about Sean’s (or anyone else’s) feelings.

She gets jealous of his friendship with D.D. who is also a self-absorbed airhead with few redeeming qualities. I’ve met so many women like her since moving to Canada…

I like how at the beginning Sean and Siobhan are cute and brush their teeth together at night in their bright apartment but as their relationship begins to crumble they begin to separate and eventually they sit in total darkness in the bedroom.

The movie is all about finding themselves and as Sean approaches 30 he is having a bit of a crisis about what to do with his life. Up until now he has been happily floating along without much direction enjoying his life with Siobhan but when the cracks begin to show he realises that he also has to make some changes.

I think we can all relate with this as some people (myself included) can go through their entire lives without ever really finding themselves or knowing what they want to do with their future.

The performances are very natural and the dialogue feels authentic making for an engaging and moving romantic drama with a warm glow finale.

Overall, Space & Time is a movie for anyone who has been through a break-up and wondered where their life should go next. The performances are strong even if I didn’t particularly take to Siobhan or D.D. and it captures the pain of a relationship falling apart and finding new beginnings.