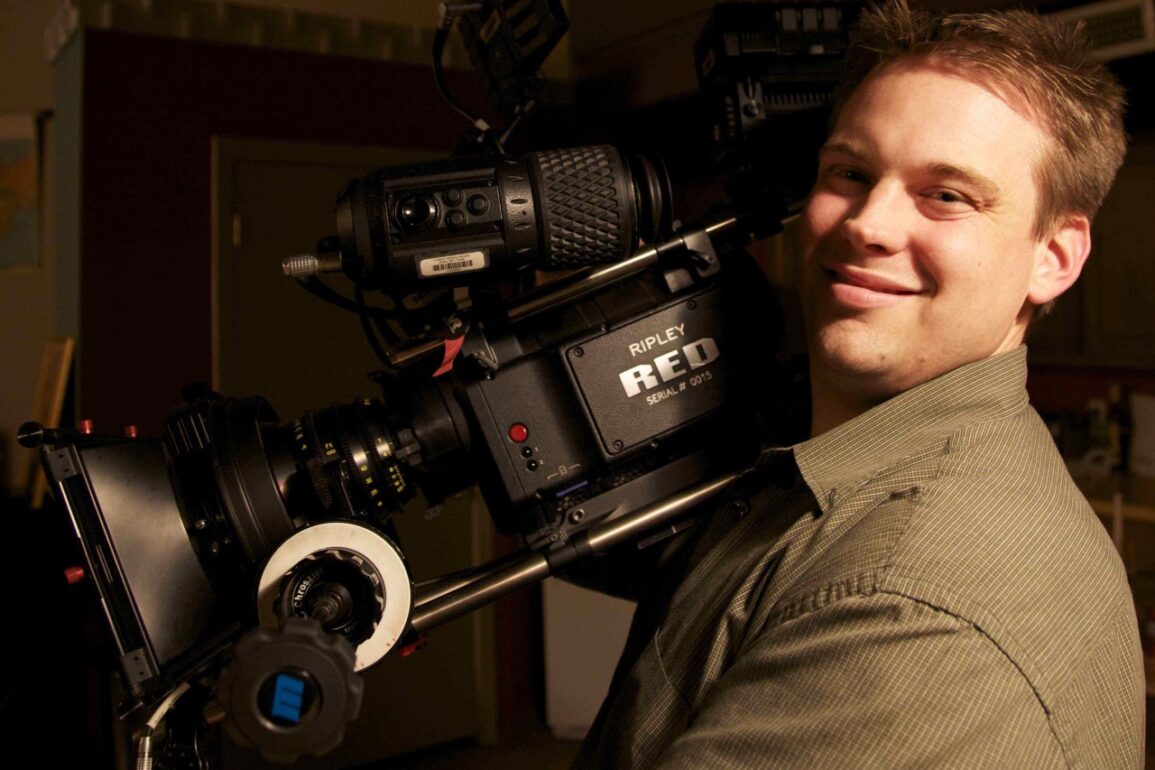 “With every film I make, I always get a little better and learn a little more”, says filmmaker Matthew Tibbenham, whose latest film Surviving Confession is now available on digital.

Congratulations on the film! Is it a personal story?

Yes and no. While I didn’t write the script (our wonderful writer, Nathan Shane Miller, did), I found the script to be very personal and dealt with a lot of issues I’ve struggled with. Having grown up in the church in Texas, I related immensely with Father Morris and many of the other characters.

Always wondering if anything I do actually makes a difference, is my love reciprocated, and does any of it really matter?

While I’m no longer religious, the story still spoke straight to my heart. For me the film isn’t about Catholicism, Christianity, or priests. It’s about basic human struggle of life, the pain we all bear, and the secrets we hide. There’s something cathartic about confessing your “sins” to others and I wanted to make a movie exploring those issues and themes.

So, no experience being a jester?

Nope. But I think I’m pretty funny! However, ask my wife and she’d disagree. While I’ve always loved comedies and actually grew up on British comedies that my Dad introduced me to, I’m not sure I would consider myself a comedic director. I enjoy comedies and most of what I’ve directed are comedies, but the movies that I really love and watch over and over again are those that make me think in a way I’ve never thought before or hit me emotionally in a deeply personal way. 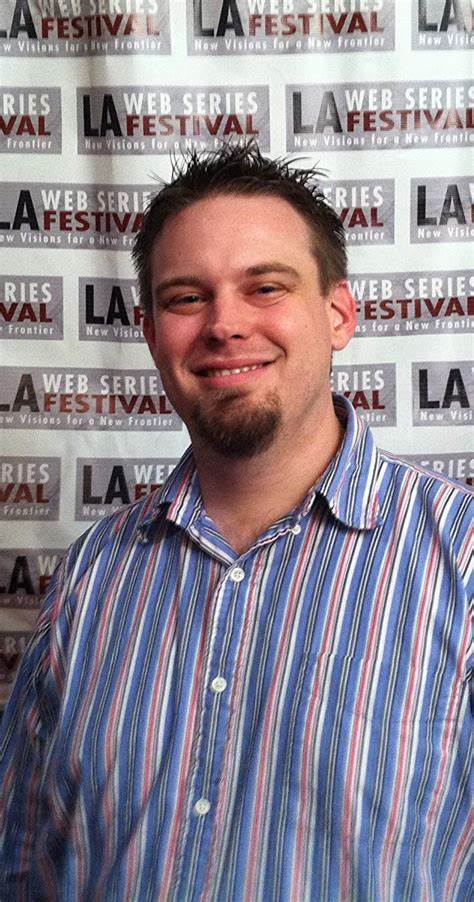 Was this a local shoot?

It was when I was living in LA. We shot at a friend’s church just south of LA because they had a lot of space and didn’t use some of their rooms. We constructed the confessional in one of those rooms and shot 90% of the film there. The sanctuary at his church wasn’t quite right though so we shot that in one just north of Hollywood.

What were you looking for in terms of locations?

Our main location, the confessional, was actually a built set. Our Production Designer, Aaron Kelly, did an amazing job with minimal resources. He and I went through the color palette we wanted for the film and made sure the confessional invoked the tone we were going for and the type of church we wanted. We made sure to use dark woods and hints of purple and yellow in the back of the frame.

The church sanctuary was a different matter. We scouted locations for weeks and were looking for a small, Catholic style parish church that wasn’t gaudy and full of gold, and in the end, we just couldn’t find anything I was looking for. I wanted something that reminded me of churches I visited in England as a child, but in LA, not many fit that description or were far outside our budget. Thankfully, a friend connected us with a Presbyterian church and we did some minimal production design to make it look Catholic.

Is there anything you tried to achieve, but couldn’t, due to the budget or another logistical reason?

Yes! I had so many ideas that didn’t pan out because of budgetary and logistical reasons. My biggest disappointment was the opening shot. I had this grand opening shot planned that would start high above the confessional and slowly descend down on Father Morris as he was preparing for the day. We would black out the edges of the confessional in post and end the shot with the camera tilting up towards Father Morris as he sits down in the confessional chair like we have currently in the first shot of the film he starts speaking in. We actually, took apart the whole set, carried it down into the church’s gymnasium, reassembled it, and set up a massive rig to hoist our camera above the set.

And then after all that hard work and extra hours, we looked at the monitor and we found our frame wasn’t wide enough. The camera didn’t even reach the edges of the confessional walls. It was so disappointing. We needed a rig twice as high and a much wider lens, but because of budgetary reasons, we couldn’t afford either. There were also a few other shots throughout that if we could move walls on the fly, would have been so much more visually interesting. But with every movie, you play the hand you’ve been dealt and I’m happy overall with the result.

What did you shoot on?

The RED Epic and Scarlet.

Any films or filmmakers you emulated here?

Definitely. Whenever I do a movie, I always try to soak up as much material as I can about a subject, whether it’s films, television, books, or even video games. In this case, I watched a lot of Ingmar Bergman and I watched every contained movie I could get my hands on to. Bergman’s “Winter Light” was a big inspiration and was originally introduced to me by my former boss, director Scott Derrickson on a retreat he was speaking at. Though the movie isn’t one of his most well-known, it hit me emotionally and when Nathan Shane Miller sent me his script “Surviving Confession,” I knew I had to make it.

As far as one location movies go, I watched everything from the super contained “Buried,” classics like “12 Angry Men,” sci-fi thrillers like “Exam”, and fairly obscure foreign films like “The Exterminating Angel” and “Water Drops on Burning Rocks.” If it was shot in one or two locations, I watch it!

How do you think you’ve improved as a filmmaker since you first picked up a camera?

Hopefully, a lot! On my first shoot, my cinematographer, Sutton McKee (who actually helped me produce “Surviving Confession”) and I, didn’t even know how to white balance our camera! Everything turned out yellow and even beyond that, when our “colorist” told us we couldn’t fix the yellow, we didn’t know enough to know he was wrong.

With every film I make, I always get a little better and learn a little more. I’m always reading books about film, directing, cinematography, etc and studying the film I watch. I love soaking up whatever I can and always push myself to get better.

And is there anything on this one that you won’t do next time?

I’m not sure. While I wish we had more time (we shot in ten days) and I didn’t get a lot of the shots I wanted for budgetary reasons, I’m happy with how the film came out. It’s hard to say I’d recast anyone in the film since they all gave stellar performances and were great to work with, but over and over again, for distribution and film festivals, the first question we were always asked was “Who was in the in film?” It’s sad really because no one really cared what our film was about or how good the performances were. If someone recognizable wasn’t in it, they didn’t care. So while I wouldn’t recast any of my actors, for my next film, I definitely would like to work with at least one or two named actors so the film can get a wider release.

Also, I would put more time and budget into production design and locations. While I’m still amazed at what our Production Designer pulled off on practically no budget, I wish our set looked a little more realistic and I wish the sanctuary had a higher production value. Production Design is usually the first thing to cut back on with indie filmmaking, but it’s so important and really is just as, or even more important, than cinematography. If you don’t have something spectacular to film in front of the camera, it doesn’t matter how good your camera is.

Do I understand this is being self-distributed? What are the pros and cons of doing it that way, for those interested?

Yeah, the road to distribution has been long and full of struggle. We found distribution with a company that shall go unnamed, but after a year of them not doing anything and finally reneging on our contract, we sought self-distribution. In some ways we have a lot more control and all the money goes straight to you, but on the other hand, we have to do everything ourselves. I’m primarily a director and while I have opinions about marketing, I would never consider myself an expert in that field. You really need someone who knows what they’re doing has experience in those areas.

Thankfully, Producer Jo Rauen came on board and has been a tremendous help. We could not have completed everything at such a high quality without his help. In addition to everything else he is doing with marketing and distribution, he hired October Coast PR, which has also been a tremendous asset already and it’s been great working with them. If you’re a filmmaker doing self-distribution, I highly recommend getting a PR company like them because there’s no way you can do everything on your own and they can spread the word much better than you could.