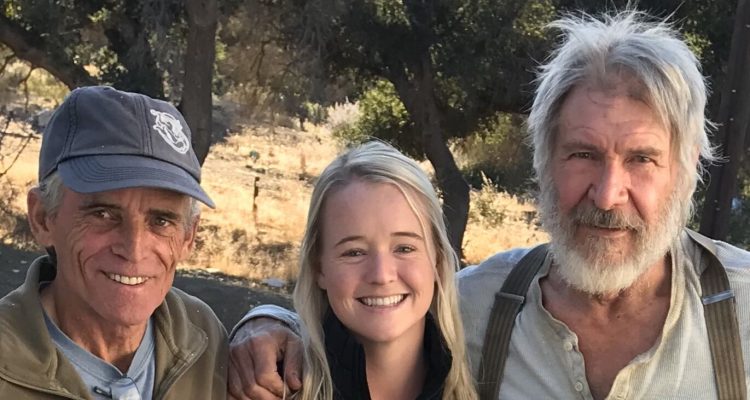 Interview with Call of the Wild Stunt Coordinator Charlie Croughwell

Charlie Croughwell is a 35-year veteran stunt man and started his stunts career as Michael J. Fox’s stunt double in Back to the Future. His other credits include Dawn of the Planet of the Apes, Life of Pi, La La Land and Vice. He also recently worked with Meryl Streep on stunts for Netflix’s The Laundromat and has worked with the Red Bull stunts team on sky diving and water stunts for five seasons of Animal Kingdom.

First of all, what made you want to work in stunts initially?

As a kid, I was always one to be out and about getting into all kinds of things. I think that approach to life fostered a desire to have an ever-changing schedule and plan. I have a difficult time sitting still for very long.

With the development of visual effects over the years, how has it changed the industry for you as a stunt coordinator?

The advent of greater VFX involvement in filmmaking gives me so many more tools to work with when it comes to the design of almost everything we do. With today’s increasingly outlandish action in films and TV, we can do things with CG characters alongside real people, which was extremely difficult in the past. 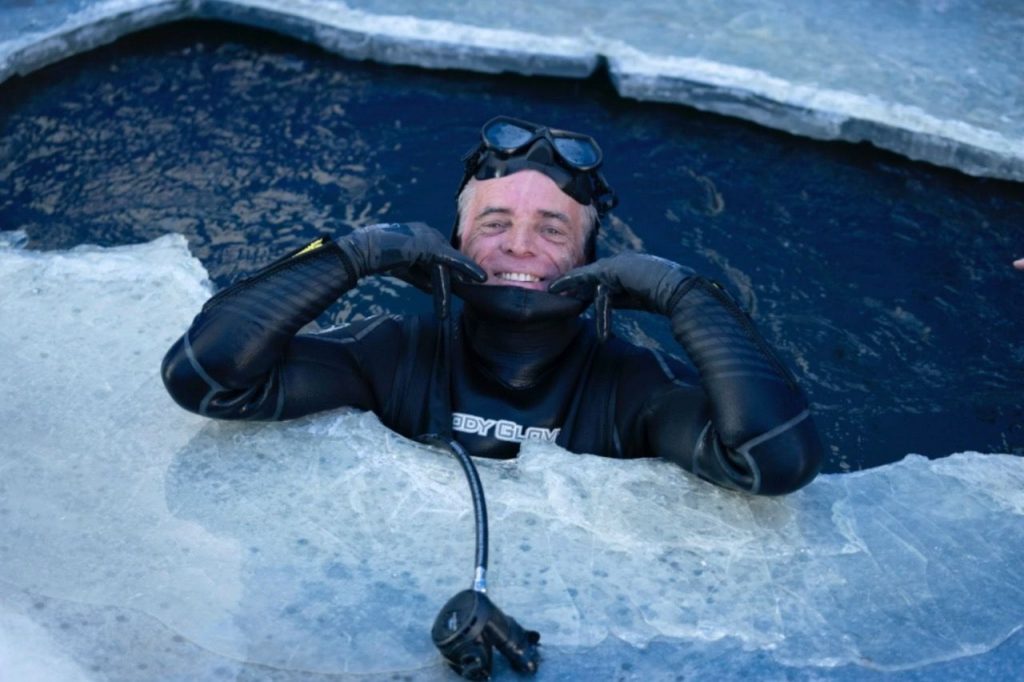 Has it made your job harder, easier, or just different?

It has become different and more involved in the process.

In The Call of the Wild, there is a mixture of practical and visual effects. Do you enjoy working with both?

I do! The visual effects capabilities allow me to create or help create gags, scenes, and moments that we couldn’t have done in years past. That being said, however, I do love doing non-CGI shows with a great story and a process that is very much all hands on deck.

You coordinated the fight between Harrison Ford and Dan Stevens; what was your process of putting it together?

The writer wrote the script and the fight the way he saw it, and it was our responsibility to give the director the elements needed for his vision of the fight. Going in we knew the general choreography, then added the actor and whoever else is involved in the process to mold what begins as a concept into something you’re proud of. 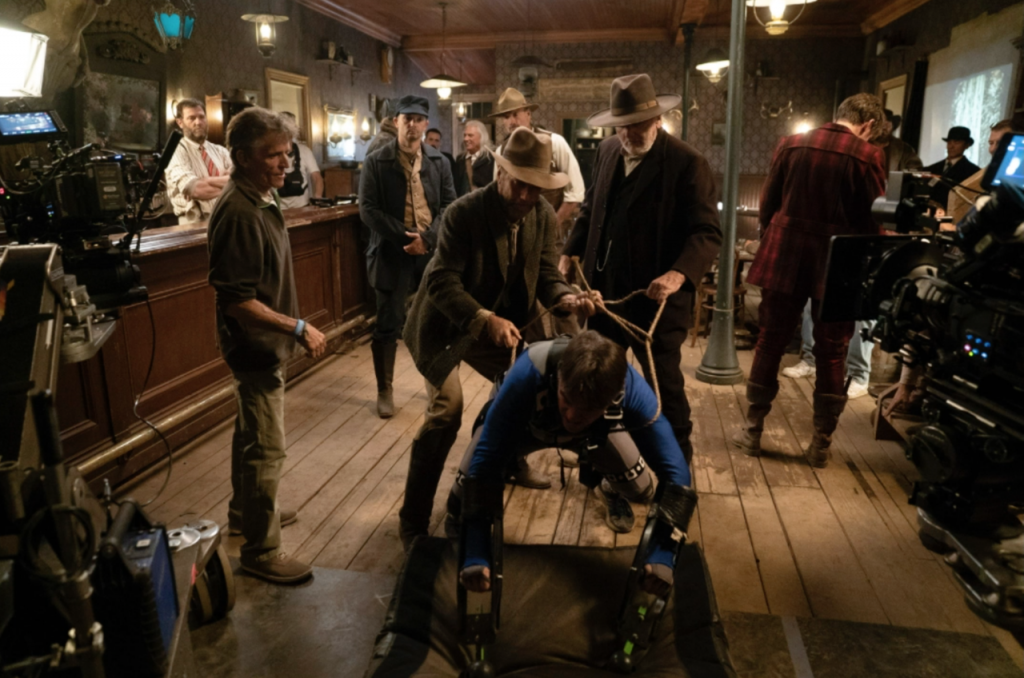 How did you find working with Harrison Ford, who likes to do his own stunts?

Both Harrison and Dan are solid performers and professionals. They both did the entire fight themselves with little involvement from stunt doubles. Dan and I are both younger than Harrison, and he wore us out! It was a pleasure to work with this entire cast and crew

Can you tell us about putting together the water stunt you coordinated with Cara Gee where she is trapped under the ice as it was one of the many highlights from the film?

The river sequence required that Cara have a working knowledge of the safety gear she would be required to use during the filming process. The primary equipment was dive gear. The first step was to assess her comfort and experience in a water environment and develop a plan to get her to a place where she’s safe and comfortable.

We enlisted a dive instructor friend (Casey Connell) to help Cara complete her PADI open water dive certification. Then we began familiarizing her with the environment she needed to perform in. Cara was calm, controlled, and did an outstanding job in very difficult circumstances.

Not only was she falling through a trapdoor in the ice surface and plunging underwater, but she was also trapped under a sheet of ice that you can’t get through (hence the PADI certification).

Once she fell through the ice and was swept a few feet away by the current, we moved filming to a larger tank that was covered in a thick sheet of simulated ice. The stunt involved Cara being pulled along on a line underwater, both head first and feet first so that we could be up close to see her doing the stunt while a stunt double for Buck was swimming below her so she could have a simulated Buck to hold on to. It’s an important detail.

The team we had for this work did a great job. Katie Rowe, Billy Meistrell, and Casey Connell were our primary water safety for our three stunt performers Hannah Betts, Callie Croughwell and Alice Ford. Hannah was Cara’s double, and Callie and Alice swam in place of Buck. 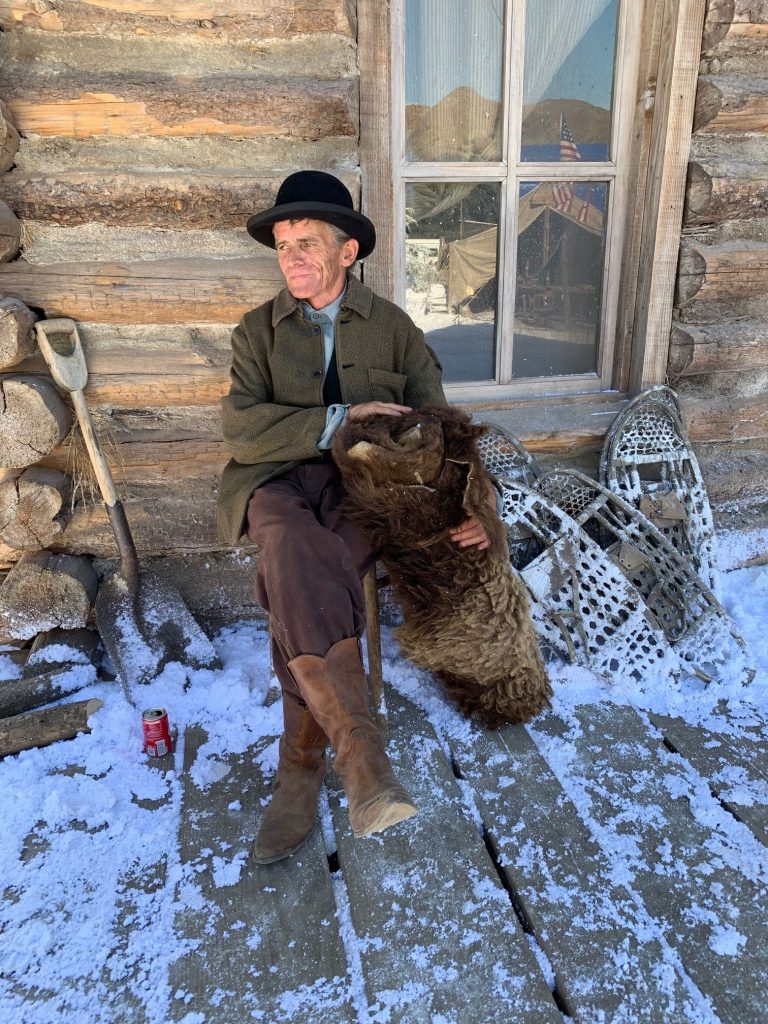 How challenging was it to create the scene with a dog that only existed through VFX?

The movement designer and master performer Terry Notary performed in place of many of the dogs in the film. I think it takes a little getting used to for an actor at first, but I think it becomes a very useful tool for them.

Was that the hardest scene to put together for you in this movie?

I don’t really look at things as hard or easy, more like challenging or not. I prefer challenging. It was a challenge and a pleasure.

Following on from that, what has been the hardest stunt you’ve coordinated in your career so far?

Answering this is hard, trying to come up with the most challenging is also difficult. Everything we do, no matter how many times we’ve done similar gags are never the same. There are always elements that change each time and provide a fun challenge.

Thanks so much for taking the time to chat.