A romantic dramedy, set in 1965, starring two stewardesses, Wives of the Skies is the latest addition to the already impressive CV of Ms Honey Lauren. The actress, writer and filmmaker tells us how this ode to stewardesses came together.

Wives of the Skies Official Trailer from Panik Piktures on Vimeo.

The trailer is outstanding. This looks like the type of film that’ll captivate from start to end – and you’ll want more and more of. I ask, then, why a short?

Ah… thank you!  Davey Robertson, my DP and editor, wow, he really knocked it out of the park with the trailer.  He’s so wonderful… So…why a short…. For several reasons… Even though, when I shoot a short it feels like as much work as a feature… creating the world, the tone, in this case the 1960’s, all the same attention to details… my goodness the workload is huge… but the reality is the budget. I had the budget to do a short but not a feature… This short placed at a screenplay competition and I was able to secure funding.

And, doing a short such as this in my case specifically, was helpful as I will likely be doing a period piece next for a feature and this was preparation for that film.

Was it hard to condense the story you wanted to tell into that length?

When I wrote WIVES OF THE SKIES, I knew I was writing a short and the limitations that it would have in that regard. So, no, I feel like I told my story… We did cut a little bit in one scene and when we did, it was absolutely the right thing to do. I would have loved to go into the history of the stewardess culture during the 60’s at some point… but not for this piece in its’ short form. 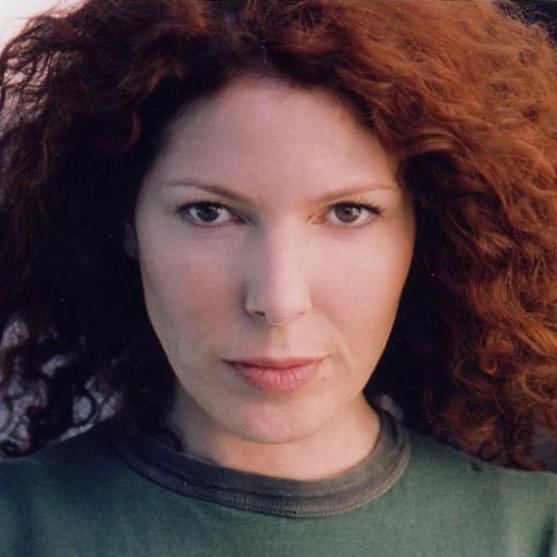 What was it you primarily wanted to convey about these people in the amount of time you had?

Contrary to popular belief about the sexy skies of the 1960’s… In WIVES OF THE SKIES, These woman, Marcy and Fran were ”good girls drawn bad”… And all the carnal thoughts that are projected onto them are just that… projection.

And these women were actually in love and if it had been twenty years later, they may have actually known that…

The book, COFFEE, TEA or Me, written during this time period, allegedly by two “real” stewardesses… about their “randy adventures”… was actually a hoax by the airline industry… It was revealed twenty some years later that the book was written by a man and used for publicity by the airline industries to sell more tickets, luring men to fly so they can be “served” by these beautiful women. I knew nothing of this when I wrote the film but after reading some of COFFEE, TEA or ME during my research, I did feel that there was something so unauthentic about the book… I was right…

All my life I was a “good girl drawn bad” and treated in ways that were incongruent to what I really was.  Things are not always what they appear to be… For Derrick either… yes… he’s carnal… but he also falls in love and isn’t that what we are all really looking for?

When did you discover – and become so fascinated with – the subject matter?

A while back, someone sent me a link to these vintage stewardess outfits on Ebay and when I saw they were highly collectable and being bought and sold and bid on by mostly men, I knew there was this crazy fetish culture here…  But once I started to research the history of the commercial airline industry, I was wowed by this particular time period. In listening and reading interviews by real stewardesses from the 60’s, they were the rock stars of their time. They wore designer dresses and traveled!  They were intelligent, bold, brave women who chose to take a different path that was the “norm” of the time… These women chose not to get married and have children. They chose to leave their families and have a career, far from home… to be in the work force… This was quite a statement for the times.

The film looks lovely. What did you shoot on?

Thank you!   Yes, we shot it on the Cannon 5D Mark IV… For the “super 8” camera we did the same and in post we colored it, etc… to give it that old super 8 film look…

If you do do a feature length version of the film, how will it differ from the short?

Well, I have a feature length I can do for sure.  In the short, WIVES OF THE SKIES, it was Derrick’s story … but Fran’s film… in the feature it will be Fran’s story. The tone will stay the same, slightly hyper real,but played “for real” … the audience will still laugh at times while the characters are crying… It’s a beautiful story of identity, love and trust. 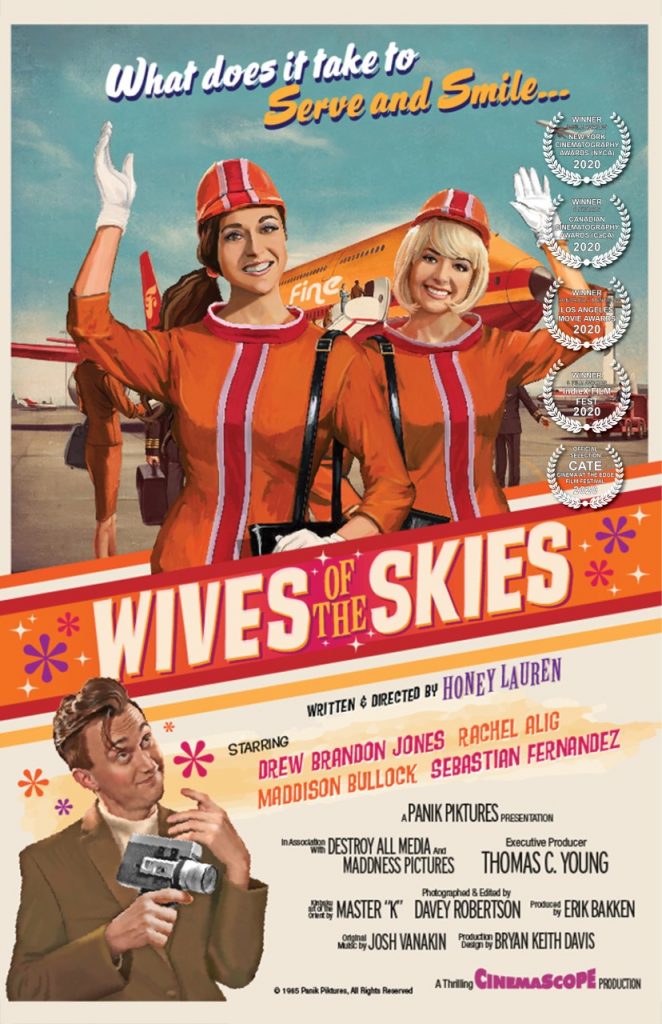