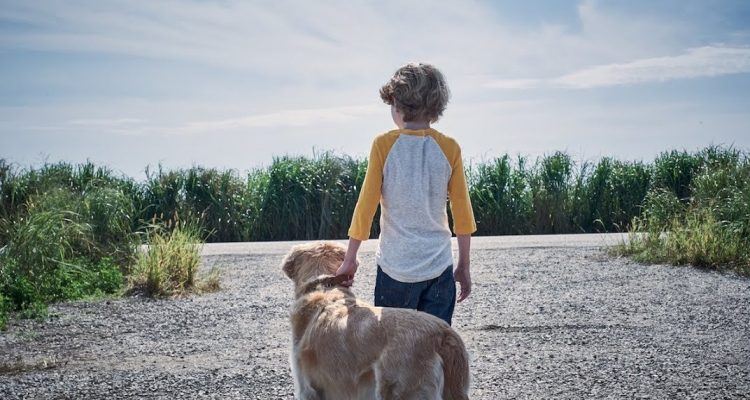 Review: I’m generally positive about Stephen King story adaptations. I understand that while you’re not always going to hit the mark on the story, as long as you get the gist and the source material’s essential themes, then I’m good. I also generally like Vincenzo Natali movies – at least, the ones I’ve seen. I enjoyed Splice, and I really had a blast with Cube, so I was looking forward to this movie, even though I had my doubts about the ability to stretch the original story into a feature-length film.

Sometimes I’m pleasantly surprised when a movie overcomes the inherent problems I foresee when adapted into another medium, and sometimes I’m not. Unfortunately, this time, I was right in having doubts that the story could be sustained over a feature-film length. In the Tall Grass clocks in at 100 minutes, and honestly, the film has maybe half-an-hour of story to it.  It may have been better served as an episode in an anthology series like The Outer Limits or Twilight Zone, but as a movie, it’s thin, man, real thin.

Part of the problem is Natali inserted this whole time-loop plot device where the characters keep experiencing the same thing over and over again while trapped in the tall grass. Firstly, time-loop plots have been done everywhere. Not only has it been done most famously by Groundhog Day, but just about every supernatural-themed show has had a time-loop episode (Supernatural, Doctor Who, and Buffy the Vampire Slayer immediately come to mind). Not only that, but the time-loop makes no sense – if it was chosen to merely exist within the realm of the tall grass, that would be one thing, but it seems to affect people outside of it – so why wouldn’t we all be caught in a time-loop then? Also, the insertion of a random character seems to break the time-loop…it’s really weak. Because the time-loop is such a big part of the plot, it drags everything down when it doesn’t work.

Then we get to the characters. Most of them are okay – I wouldn’t give any of them an award, but they didn’t make me roll my eyes. The exception was Patrick Wilson, who I consider a generally solid actor, if not somewhat underrated. However, in this film, he must have figured this was a B-horror movie (and to be honest, I could see why), and as soon as his character goes bonkers in the story, the guy just lets it all hang out. He’s overacting his pants off, and it doesn’t fit with the rest of the cast who seem committed to making this a serious horror movie. It’s just bad.

The effects are also not the best, either. At one point, Natali inserts these grass creatures or whatever you call them, and they look really unconvincing. Part of the problem with that the film is mostly shot at night, and you can barely see them. So, what was the point of that? You pay a design firm x amount of dollars to design these creatures, and then you can’t see them? Yeah, not the wisest choice.

Overall, I can’t say this was a worthwhile effort, and I can’t recommend it. Even for Stephen King fans who need to see how his work is adapted to the screen, I’m telling you to just skip this one. Better movies have been made around Stephen King characters, and better efforts have come from Vincenzo Natali. At the end of the day, this film should have been left in the tall grass to hopefully never be found by civilization.