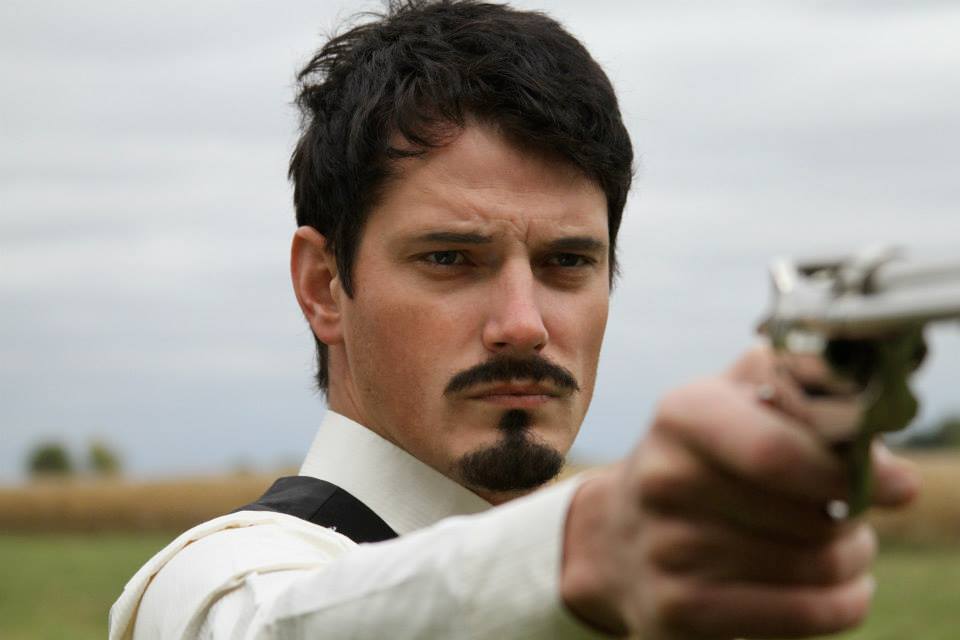 Indie Feature: To Kill a King: The True Testament of the Gentleman Jasper Price (2015)

Plot: In the year 1898 a bullet wound lands a hiding gunman into a sleeping widow’s home. Here the gun man, Jasper Price, confronts his past. Here the gentleman becomes legend. Here is where he makes history.

I’ve always loved the Western genre (in fact it might even me my favourite film genre) and up until now To Kill a King: The True Testament of the Gentleman Jasper Price had slipped under my radar. It’s a low budget indie affair but it still manages to capture the language and melancholy nature of the time period it is set. This is mostly due to the casting of Allen Thatcher who has genuine presence and brings a haunted quality to Jasper Price.

He is a man with a reputation throughout the land as one of the best shootists in the business, but the reality is quite different to the legend. When he is shot in the woods, he makes it to the house of a widow who nurses him back to health and they slowly form a bond.

Word reaches Winston Gamble that Price is holed up there, so he tracks him down and wants to have a final showdown. The two have a history which I won’t go into here but we know that neither men will get out of this unscathed.

At only 51 minutes To Kill a King: The True Testament of the Gentleman Jasper Price is a well told story that moves along well; my only gripes were some of the sound mixing seemed a little off. When I was watching under headphones, I could hear a hissing during the scene when Jasper is first found by the widow in her house.

The writer was also clearly a fan of The Lord of the Rings as there are a few lines of dialogue that were familiar like “Become the man you were born to be” and “I don’t want it and I have never wanted it” or words to that effect.

It isn’t short on atmosphere clearly going for The Assassination of Jesse James by the Coward Robert Ford in terms of tone and why not as that was a fantastic character study.

Overall, To Kill a King: The True Testament of the Gentleman Jasper Price is an engaging character piece about how legends can be so different from reality and Allen Thatcher makes for a sympathetic lead.