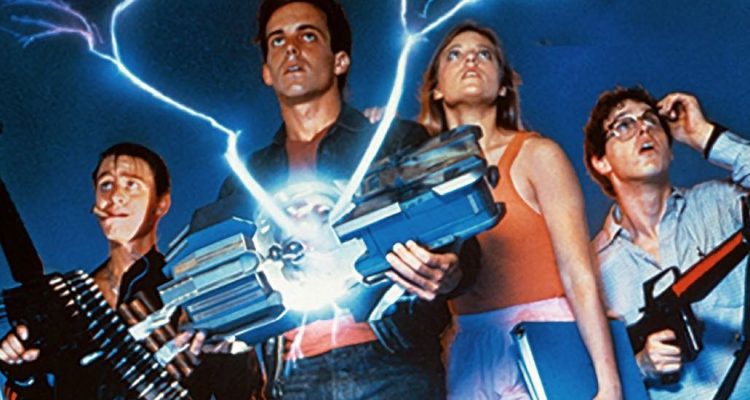 My Science Project is an adequate teen comedy, but it’s not nearly fun (or memorable) enough to be classic.

A teenager finds an extraterrestrial weapon and uses it for his science project, with consequences.

In order to graduate, grease monkey Michael Harlan (John Stockwell who was in Dangerously Close next) must pass his big science project for his science class, and so in a last ditch effort to come up with something, he goes on a real Goonie adventure by breaking into a military junkyard nearby and falls through a breakaway shelter, finding a trove of old secrets hidden by the government. He takes a gizmo that looks like an engine crossed with a bazooka because it lights up and glows, and he brings it back to school in the off hours, experimenting with it. Along with his friends Vince (the chatty comedy relief, played by Fisher Stevens), Sawyer (Danielle Von Zerneck), and the nerdy Sherman (Raphael Sbarge from Vision Quest and Risky Business), they unlock a portal to several different dimensions and wreak havoc on their school, where post-nuke mutants, Nazis, Viet Cong soldiers, and dinosaurs run amok. Will they be able to close the portal, tie up loose ends, and save the world?

From writer / director Jonathan R. Betuel who wrote The Last Starfighter, My Science Project has a good concept and some appealing lead actors, but the big problem is that the movie isn’t incredibly compelling or edgy enough to be a complete success. High school life in the movie is sort of glossed over for broad strokes of situations that aren’t really that compelling or convincing (Harlin gets dumped by a babe in a lame, throwaway scene, scenes of classroom hours aren’t believable, etc.), and when the movie takes an adventurous, science fiction turn, it throws everything it can at the viewer, but never for a second are any of the characters in any real danger. Similar movies like Weird Science and Back to the Future had all sorts of craziness happen to the characters, but there were always consequences and life lessons to be had for the characters. My Science Project is an adequate teen comedy, but it’s not nearly fun (or memorable) enough to be classic. A good score by Peter Bernstein and a great end credits song by The Tubes are high points.

Kino Lorber’s new Blu-ray of My Science Project is a real treat to watch. It looks better than any previous versions, and they’ve included some new bonus features, including an audio commentary by Mike McPadden and Kat Ellinger, two fun film historians. Also included is an on-camera interview with Fisher Stevens, plus a bunch of bonus trailers. 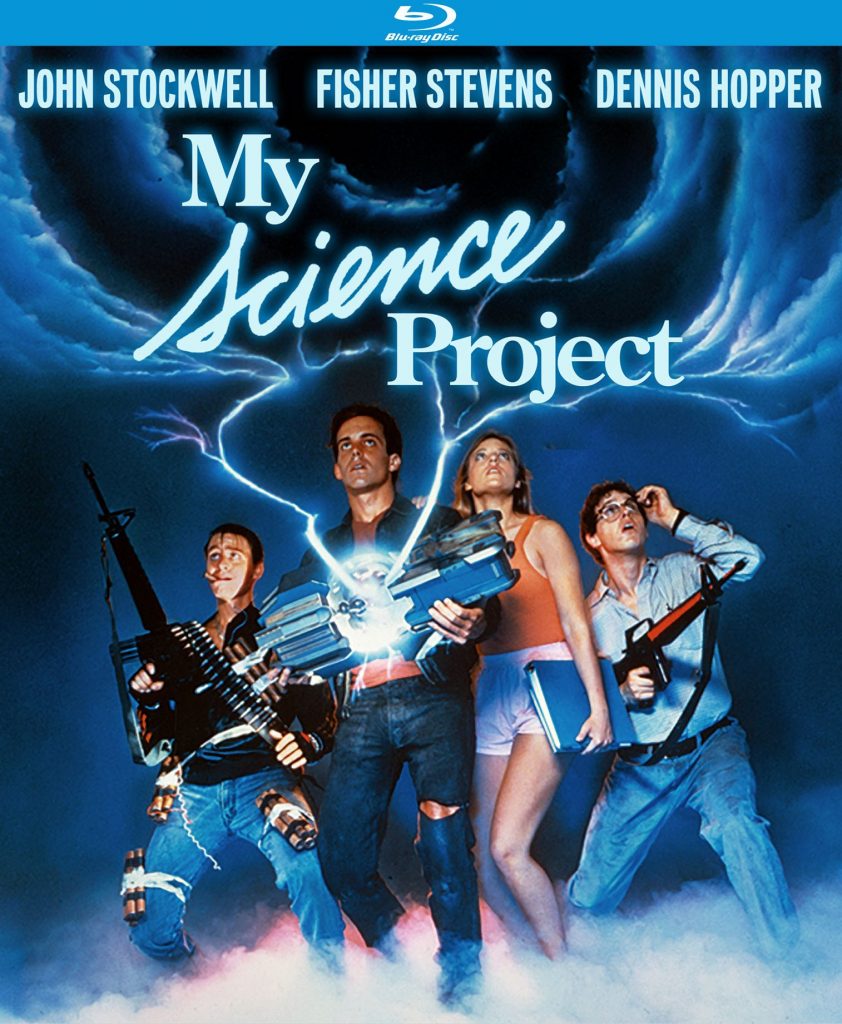