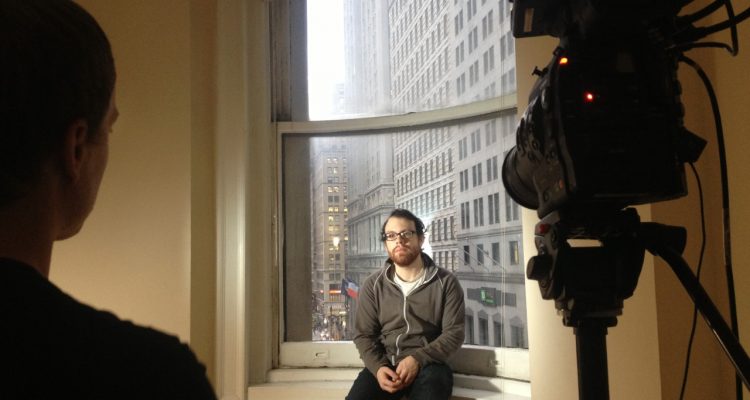 Director George Russell‘s spellbinding expose on Andrew ‘Weev’ Auernheimer will be available on VOD May 22.

From innocent meme culture to malicious propaganda, the avant-garde has moved online and they have an agenda. Emerging from deep within underground computer programming culture, internet trolls are disenfranchised and using the click-bait obsessed mass media to propel their performance art into the mainstream. Whether mischievously entertaining the masses, influencing presidential elections, or manipulating journalists and corporations, trolls are either saving us or driving our culture off of a cliff.

Prosecuted as a whistleblower by the Federal Government, Troll Inc. follows the world’s most famous Internet troll, Andrew Auernheimer, and his merry band of provocateurs as they take on corporate America, the media, and political-correctness.

Hung on a meticulously framed, no-holds-barred interview with Auernheimer that took three, six-hour days, and at which the only sustenance served was plenty of high-definition rope, the film features case studies of his most notorious, just-barely illegal actions, like that time he revealed a gaping security hole in the iPad’s partnership with AT&T and when he erased all books with homosexual content from Amazon dot anything-but-calm.

After viewing Troll. Inc., its hard not to wonder if the grand scale of these invasions into our privacy and passions, by virtue of their regularity and overwhelming scope, didn’t somehow numb us to the very notion of privacy and normalizing this new Internet “fake news” attack culture, paving the way for the Kremlin to master the art of the troll and undermining our democracy right under our noses and in our own virtual backyards.

George. You’ve made a captivating movie – and one with a central topic that’s very hot right now. How long ago was the movie made?

The idea started percolating in December of 2012 and the film was shot off and on from 2013-14. At that time Auernheimer was sentenced to 3.5 years and was likely to serve just under 3, so I figured I had plenty of time to cut it as I wanted the last shot to be him walking out of the prison. But, he won his appeal so the timetable speeded up considerably. The cut wasn’t finished until mid-2016, then sound design began and we weren’t entering festivals until late 2016. We used the festivals as our vehicle for distribution and found Virgil Films (Super Size Me, Restrepo) through those and the Sales Agent, Ronna Wallace (Reservoir Dogs, among others). The publicist who helped a lot at that time was Jeremy Walker whose first film was The Blair Witch Project. We had a lot of really talented help selling the film.

Do you feel it is a more timely period to release the movie now? Have current events had anything to do with the release plans?

The timing was great but was a happy accident. But, in a way it follows the premise of the film, which is that Internet trolling is becoming part of normal, every day culture, so it’s not surprising that trolling has suddenly exploded into the mainstream in such an over the top way.

Weev. What was the appeal there? Why did he make such an interesting subject?

At that time he was an iconoclast and absolutely hilarious. Plus, he said what was on his mind and stood for what he believed in. Most people look to their social milieu or the media to tell them what is permissible and how they should act. He seemed to be operating entirely on his own sense of right and wrong. He was also incredibly intelligent and a throwback in terms of a conversationalist. He could talk about almost any subject fluently. But, he came from this underground troll culture that had a different set of values and norms; some of it very disturbing and seemingly immoral, but when you dug into it, it would be consistent with their own morality, which was computer programmer morality, not normie morality. As the avatar for what was about to explode into the mainstream he was certainly an interesting character and the perfect subject for a film. And, it was endlessly amusing that a bunch of twenty-something derelicts (some of them drug-addled and almost homeless, others working at Best Buy, and some making $100k+ salaries) were able to manipulate the entire world’s supposedly professional media structure on more than one occasion. It was the the first thing that opened my eyes to how the news media has nothing whatsoever to do with the truth or with what is actually good for society. They all traffic in outrage. Some put a veneer of respectability on it, but at the end of the day it’s all outrage. It’s all gossip. It’s all clickbait. 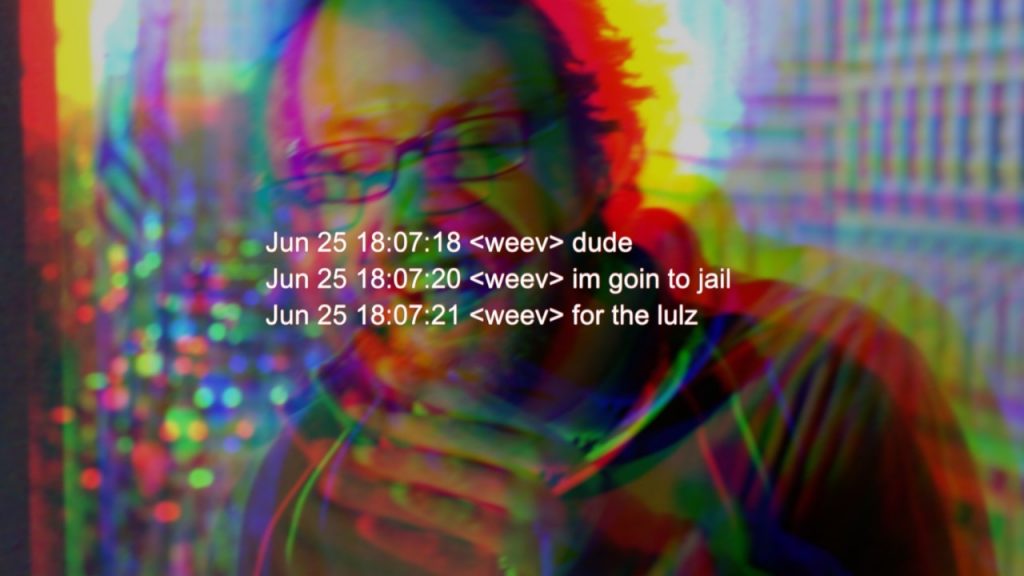 Were you internet-savvy and aware of all these goings on before you made the movie?

Beyond the BBS culture that I grew up with I wasn’t. I was an arty kid into books, movies and music, not necessarily computer culture. Although I was definitely more fluent with computers than most people I knew, just not the culture aspect. Chatting with people online wasn’t particularly appealing to me and I preferred talking with actual women that something might happen with. It’s still weird for me that people talk to each other online. I don’t even have a Facebook account.

What did you learn from Weev about the internet that you didn’t know before?

The Internet has its own history and organizational structure, and a culture made up of computer programmers that is its own thing, mostly impenetrable by outsiders. It has its own secret handshakes and initiations. For instance, we interviewed Richard Stallman for the film and his way of breaking the ice was telling fifty different puns. I didn’t know one so we didn’t exactly hit it off. But, when I spoke with Andrew he mentioned winning an extemporaneous pun contest at a hacker conference. That’s just a small example of the language these people speak but there’s is a real community that is separate from the normal corporate consumer world that most people inhabit. Their world is focused on intelligence, truth, language, and what you’ve recently accomplished technically or what problem you’ve solved that no one else could. It’s the culture that’s been around since the early 60s with the invention of the micro computer and what eventually spawned trolling culture and hacker culture. It’s a real thing that has influenced all of us more than we know. Some ways for the better, some ways worse, but it’s one of the last alternatives to mainstream culture that is still viable.

Was it important to you that feature others in the doc, in addition to Weev, to get more sides of the story?

Yes, because in the film weev has a very defined point of view, and is very vocal about it, and there needed to be other people in the film to explain to you what he meant, or to give you perspective on these wild stories.

What has happened to Weev since the documentary? Or is that going to be saved up for a follow-up feature?

A google search will show you what happened to weev after the film, and it’s such a different story that it doesn’t have much to do with the film as it stands. There won’t be any more films on this subject for me as the trolling subculture has pretty much disappeared and been consumed by the wider culture. You can buy t-shirts with memes on them at the mall now and people’s parents share memes and animated gifs on text messages. There isn’t much mystery left in trolling culture, which is really just an aspect of general programming and internet culture, and internet culture is quickly taking over mainstream culture, if it hasn’t already completely subsumed it. When I was making the film it was just at the tail end of the phenomenon when very few people who weren’t a part of it understood it. There were still kids working at Best Buy or Starbucks trying to learn to program who were prolific trolls and perpetrating epic media frauds. Those days aren’t necessarily over but they’re less of a mystery.