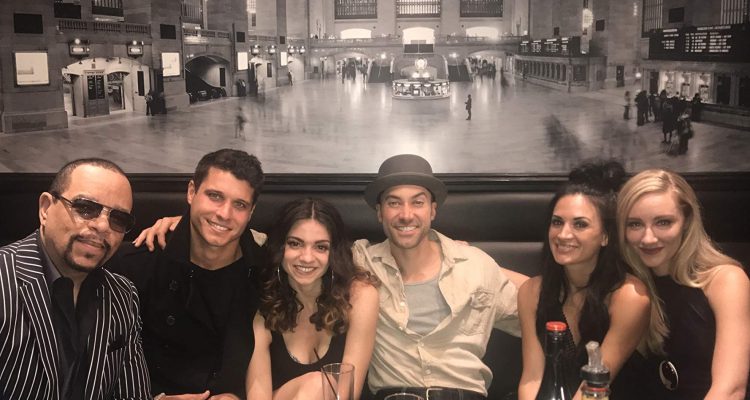 Actress Erin O’Brien talks about her latest film, the thrilling Clinton Road – based on a haunted stretch of highway in New Jersey.

Congrats on Clinton Road! You’re becoming known for these very cool genre movies – is that intentional? Do you gravitate towards horror and thriller films?

Thank you so much ! I love working on Horror. It’s so much fun for me. I don’t think I always intentionally choose horror, but I do tend to be attracted to more intense, emotional roles and that exists in a lot of horror films.

When did this all start for you – acting?

I started taking classes in high school, then eventually moved to New York. I studied there with the amazing William Esper. After that I moved to Los Angeles and began working on a lot of indie films.

And did anyone serve as an acting mentor to you growing up?

My first acting teacher, Ralph Colombino, was wonderful and such a mentor for me as well. He still teaches young actors in New Jersey at a school called the Actors Playground. He was definitely my mentor. He was so encouraging and really believed in me. I think he played a huge role in me pursuing acting.

Any existing actors whose career you’d love to emulate?

Many ! I love Emily Blunt. She is one of my favorites. I’ve also always been a fan of Angelina Jolie. She is so intense and emotionally open. I’ve always loved Natalie Portman as well. I would love to have a career and body of work as impressive as theirs.

And before Clinton Road, what was your proudest achievement?

I was very lucky to have been able to work on the Tremors TV pilot starring Kevin Bacon. That was a huge deal for me to be a part of such a cool show. Sadly, it didn’t get picked up. There is a really cool trailer out there though.

I also loved working on A film called what Death Leaves Behind. The film showed at Sundance this year and that was a big deal for me as well. It will be out in theaters later this year.

How did Clinton Road come about?

My friend, Actor Vincent Young introduced me to director Steve Stanulis. Now I am getting ready to do my third film with Steve this summer.

And what does the title refer to?

Clinton Road is a real road in west Milford, New Jersey. There are lots of scary stories and myths surrounding the road and the movie touches on most of them.

How would you describe the tone of the movie?

I would say it’s very suspenseful. It’s scary but In a more psychological horror sort of way. It definitely has some gore in it as well.

What was it about the character you play that interested you?

I loved playing Gianna! Each character was so different in the film. I thought she was unique. She was the more fun, out there friend. She was also sweet. I’ve played a lot of tough characters so I enjoyed playing sweet in this one. 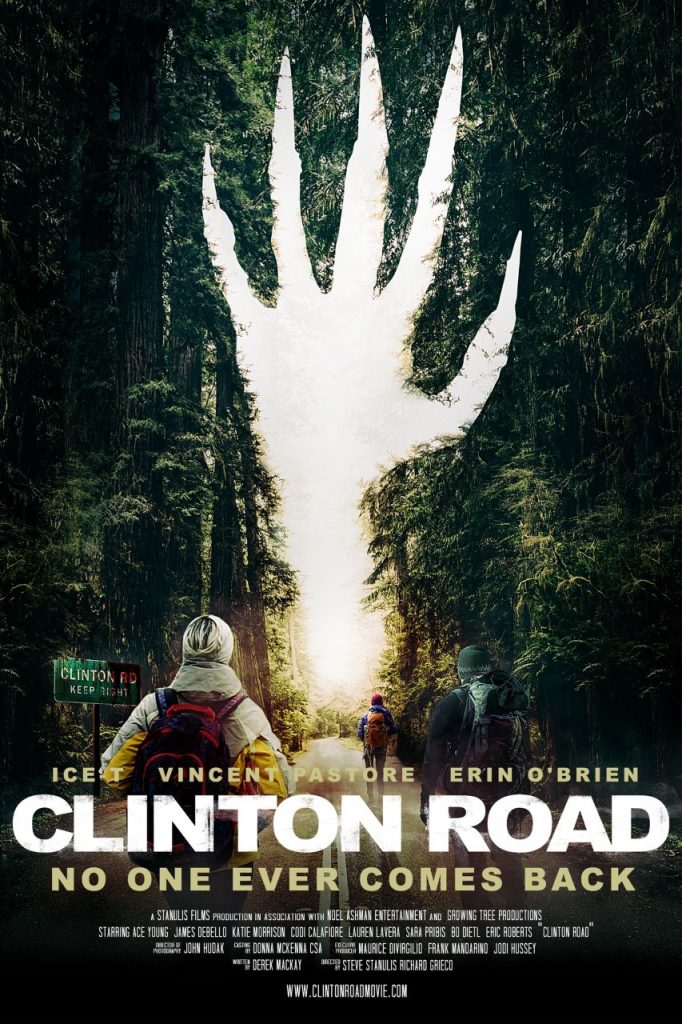 Was it a different character for you than one you’ve played before?

Not too different. But I’ve played the tough girl a lot. So this was nice for me to play a nice girl In this one.

Did you flesh out a backstory for her – even if it didn’t make it into the movie?

Yes ! I always do. It just helps me as an actor. Sometimes that back story starts to change as we start filming but I like to have that character foundation before I start filming.

As an actor, do you feel you improve with each film?

I do like to improve if the director and other actors are also okay with it. I think it can really help a Scene along. James Debello and I improved in a few of our scenes and I’m really happy with the way they turned out.

In June I start filming Chronicle of a Serial killer with Clinton Road director Steve Stanulis. The script is awesome and I’m super happy to be a part of it. I’m also really looking forward to filming with Branden Sexton, in this. I’ve been a fan of his for a long time.