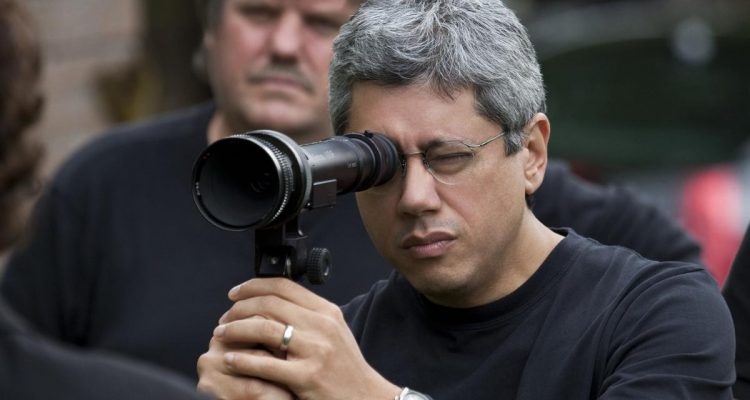 The name Dean Devlin is a household name in Hollywood for delivering large-scale blockbusters that feature massive destruction and adventure with films like Stargate, Independence Day, Godzilla, and most recently Geostorm. As a writer, he is one of the most dependable guys to really deliver an entertining global disaster film, and now as a director he is already on his second film in two years, first with Geostorm, and now with the dark thriller Bad Samaritan, starring David Tennant. In this interview conducted at Wondercon 2018, Devlin discusses the film at some length.

You’re best known for your giant-scale end of the world adventures. Bad Samaritan looks like a departure for you. What was it about this project that appealed to you?

I wasn’t looking to do this kind of movie. Brandon Boyce, the writer, made a horrible mistake by letting me see the script before he showed it to anyone else. After I read it, I said, “You’re not allowed to show this to anyone else because I’m going to go make this movie.” I loved it. Great writing. Original. I thought it would challenge me, to do something I had never done before.

What kind of feel were you looking for here? This doesn’t come across as a typical horror film.

Again, I like suspense. I like the terror of real horror as opposed to way over the top. There’s nothing in this movie that can’t – or hasn’t already – happened. There’s a fear as you watch the film that this could be you, that you could be in this situation. There’s a whole concept of when you hand your keys to a valet, and on that key ring is usually the key to your house, and our car has the registration with your address in the glove box, but you don’t even think of these things. As I read it, it resonated with me. 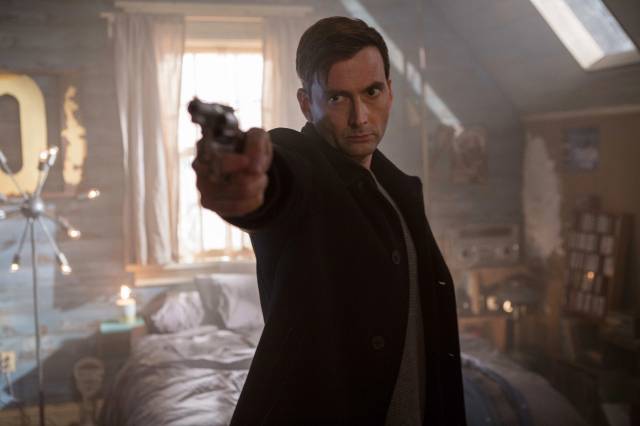 This film isn’t being distributed by a major studio, but it certainly feels like a studio film with the marketing. Talk a little bit about your decision to go independent.

When the script came along, I thought this was exactly the kind of movie that would get destroyed if you do it at a studio. If you get a big studio involved, you’re going to cast it incorrectly, you’re going to change it based on the last hit movie, not what’s right for the movie, and I said I really need to do this properly or I might never direct again. We rolled the dice and just wrote a check. We made a movie. We hoped to God that we didn’t make a bad decision.

Was David Tennant your first choice?

He came after. When I first read it, I was just blown away by it, and then we started talking about actors. There are always some actors you talk about and bring up because you’re so desperate to work with them, and I’ve tried to cast David in the last five things I’ve done. Studios don’t understand what a big star he is. Brandon was my partner on this. There weren’t a lot of rewrites on this. As we went to cast it, I told him I really wanted David, and Brandon thought that was a pretty cool idea. We begged, borrowed and stole. Then we saw him on Jessica Jones and it was amazing. He was incredible in that.

How would you differentiate Bad Samaritan from other thrillers?

I think the thing is that it really is a morality play. We usually see ordinary Joe Average Guy who gets stuck in a bad situation and has to find his way out. Our lead character is not so clean. He lies to his girlfriend, he’s a thief, and he’s not the greatest person, but he’s not a totally bad person either. He’s trying to find himself. He’s a young kid who’s on a messy path, and it leads him to a truly horrible decision. The big question is, if you’ve made a horrible decision, what happens after that defines you. This character literally could not live with that decision defining him. He has to erase that moment, even if it means losing his own life in the process. He’d rather than die than live with that terrible decision. I think that’s the biggest difference.

Would you say that this was a big challenge for you as a director, since it is so very different than anything else you’ve done?

Every aspect of this was different than what I’ve done before. We did a lot of preparation beforehand. Even the lenses we used, the fact that we used almost no light whatsoever; almost all of it was shot in natural light. The camera was very close to the actors. I told the actors that the camera will be uncomfortably close to you. By doing that, it created this awkwardness and tension. But, yes: Every single aspect of this was different than anything I’ve ever done. It was both exhilarating and absolutely terrifying. I really didn’t know if I’d completely screwed up until we had that first screening. Then we heard the audience response. It was the greatest feeling.

I see that the film is getting a wide release.

Yes. We’re opening up in more than 2000 screens. Terrifying. Normally, studios are spending 30-60 million dollars to open up a film. We don’t have anything near that. We’re doing a different approach. We’re doing this like a grass roots political campaign. We’re going right to the people who might buy the tickets and we’re talking to them. We don’t have the money to pay for nonstop ads on television and billboards. Legion M is a grass roots company. Literally. They’re owned by the fans. We’re really trying to reach out to the customers. If this movie succeeds, it really will be from the bottom up.

Bad Samaritan will be in theaters nationwide on May 4th.