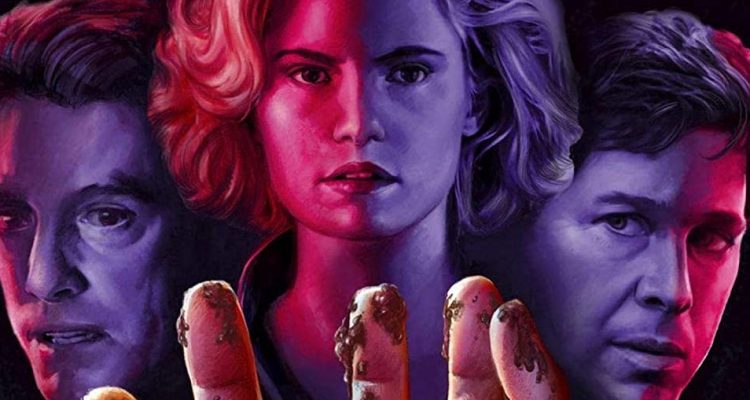 It’s got everything it needs to be effective, and Darabont showed here that he was adept at creating tension, mystery, and terror with great camerawork and a unique approach to a familiar-seeming story. Even the score by Michael Colombier is good.

A loving husband is murdered by his wife and her lover, but when the husband doesn’t exactly die the way he’s supposed to, he comes back from the grave for revenge.

Clint Goodman (Tim Matheson) has done everything right by his wife Joanna (Jennifer Jason Leigh): He’s moved her out of the big city to a small town, where he’s started a successful business, built her a big home from the ground up, and given her everything she could ask for … except she hates his guts and resents the fact that she’s stuck in a small town. She plans his murder with her lover, a conniving doctor named Cortland (William Atherton), who happens to be her abortionist (she never told her husband about her abortion), and they have a foolproof plan: They’ve extracted a deadly toxin from an exotic fish and Joanna poisons his wine at dinner, causing him to go into cardiac arrest. Just before he dies, Clint knows that his wife did this to him, and when the coroner takes his body away to the morgue, Joanna wastes no time in settling her husband’s affairs, which include selling Clint’s business for over a million bucks, and collecting every cent she can from his accounts. As Clint is buried (but not embalmed) in a cheap casket, he wakes up in his pine box and literally claws his way out of the grave, not dead at all, but only having been in a suspended state. When he realizes that his wife had planned his murder along with her lover, he sets about an elaborate revenge that will ensure maximum payback.

A stylish horror / thriller from director Frank Darabont, whose first feature film this was (four years before The Shawshank Redemption), Buried Alive has been a movie on my radar for at least 25 years, but for whatever reason I was never able to get my hands on a copy until now. It was filmed for television, and so it’s not overtly gory or explicit in the way of sex or profanity, but it’s very much in the vein of a Tales From the Crypt episode, stretched into a 93-minute feature film. It’s got everything it needs to be effective, and Darabont showed here that he was adept at creating tension, mystery, and terror with great camerawork and a unique approach to a familiar-seeming story. Even the score by Michael Colombier is good.

Kino Lorber has finally brought Buried Alive back into the fray with its high definition debut, and the movie looks great in a 2K transfer. There’s a new audio commentary by a film journalist, as well as a new interview with actor William Atherton, plus trailers, and a new piece of artwork that graces the cover. 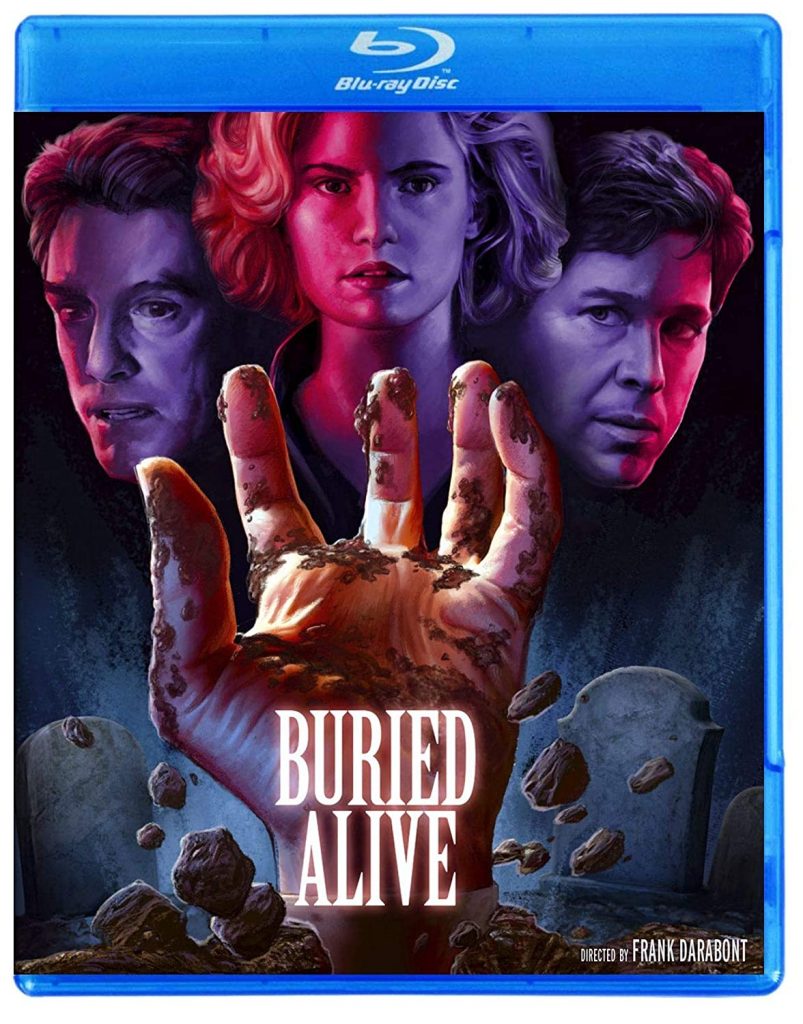