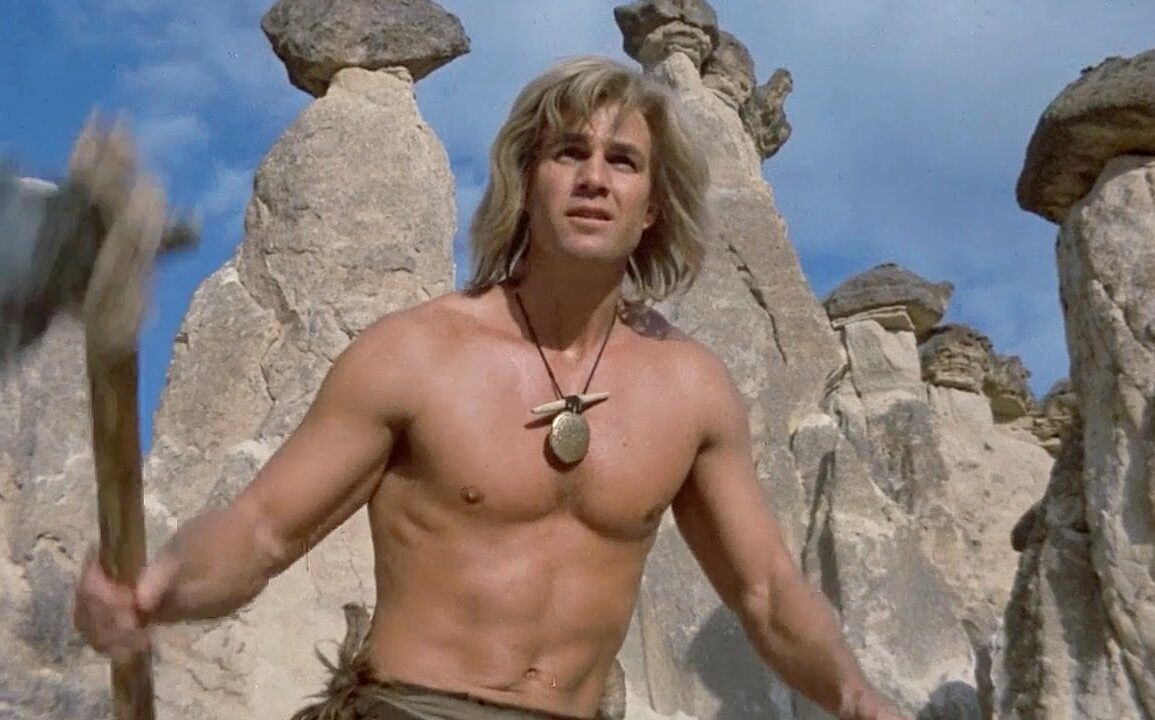 Yor is a lot of fun, with a ton of action and great, picturesque cinematography. The story is a bit of a mess, though, and needs some editing.

Plot: Yor (Reb Brown), a seemingly prehistoric warrior, embarks on a series of adventures in a quest to find out where he came from.

Review: There’s a lot to like about Yor. It’s a very fast-paced film with a strapping leading man in Reb Brown who attacks every scene with enthusiasm and charisma. There are a lot of battles and action. You get a lot of great cinematography – the film was shot in Turkey. I’ve never really known it to be a picturesque country, but my mind is changed after seeing this movie. However, the film is a bit of a mess, story-wise.

Let’s go to the good points, and there are quite a few. In today’s world, where modern films need to go on and on for an hour before we can get to anything exciting, Yor reminds us that there was a time when movies concentrated more on spectacle than setting up an elaborate world that ultimately leads nowhere. Right from the start, Yor is running around, and I think he gets in his first battle (with a Triceratops, no less) in the first five minutes. The movie is constantly moving, and you won’t get bored with it.

Reb Brown himself as Yor is terrific. Some people would probably turn up their noses and say he’s just a generic good guy because everything needs pain and passion nowadays, but Yor is just an old-fashioned good guy who wants to find out where he came from. He battles monsters, he rescues kidnapped girls – what more do you want? Also, the women in this movie – damn. I can see why Reb Brown wanted to do the film in the first place. There are at least four ladies in the movie who are sheer knockouts. You also get the obligatory older character sidekick who provides some comic relief. It’s nothing original, but it fits the film.

The movie is shot beautifully. There are so many different set locations and environments, each distinct and picturesque. The great thing is that as a viewer, whenever you get tired of a setting, the movie seems to realize it and shift you to a different place. Visually, it keeps you stimulated and engaged. The music score, while admittedly cheesy, is quite memorable. I’d take it any day over the generic crap that seems to constitute most modern film scores.

As for the monsters, they are what they are. This movie didn’t have a huge budget, and the creatures look alright, considering the time, the technology available and what I assume the budget was. The director was skilled enough to just show you enough of the battles between Yor and the monsters so that just when you were beginning to see how cheesy they looked, they cut to a different angle. It’s not perfect, but you can’t really expect that sort of quality from a film shot almost 40 years ago on a low budget.

The one thing they could have controlled, though, is the story, which is a mess. Because they concentrated on moving things along and getting in as much as possible, you don’t really get a chance to catch your breath as a viewer and properly appreciate any characters before they end up dead, or the story and Yor just moves on. There is a twist in the movie that should have been more impactful, but by then, the viewer is worn out by all the comings and goings on the screen. I read that this was initially supposed to be a 4-part miniseries, and honestly, I think that would have worked better. As it is, it’s a mishmash of adventure, which, don’t get me wrong, is fine, but I feel like emotion and impact were missed because of how they chose to edit the picture together.

So, do I like Yor? Yup. It’s fun. I think there are the makings here of a truly incredible adventure, and with the right storytelling and pacing, it would have been something more. I would like to see them remake this and do it properly (perhaps as originally intended into a miniseries) today – though that’s with the caveat that today’s filmmakers, for the most part, seem to have no idea how to pace a movie or introduce actual action to audiences. Perhaps then, it’s best to leave Yor alone as it is, which is a cult classic.