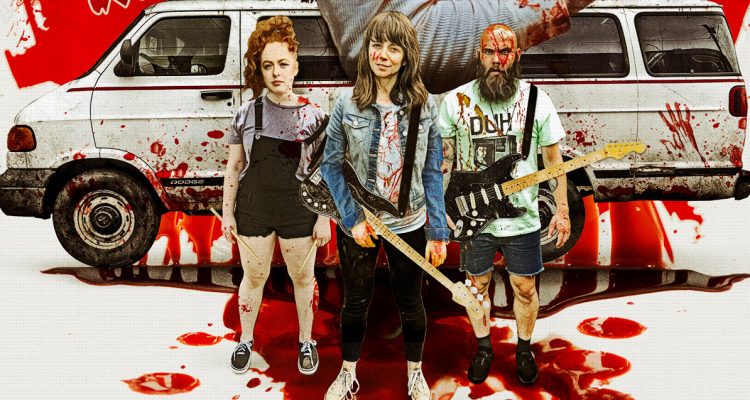 An odd concept for a quaint-seeming horror comedy, Uncle Peckerhead, like so many movies made by people of its generation, is far too self-aware and ultra ironic to be taken seriously for even five minutes, which is its ultimate undoing.

A struggling indie rock band picks up a roadie who turns out to be a flesh-eating ghoul.

Three struggling musicians who call themselves “Duh” are desperate to break into the indie music world and go on a tour to make a name for themselves, but with only 20 minutes of original material, no van to go on tour with, and only a handful of dive bars willing to allow them to play onstage, they’re pretty much up the creek without a paddle … until they meet Peckerhead (David Littleton), a homeless dude who offers his van to them in exchange for gas and a few bucks for food here and there. The three of them all but have no choice but to accept the weird guy’s offer, and so off they go to their first gig (which only pays three bucks total for their efforts), with Peckerhead’s off-kilter approach to life, guiding the way. When their first gig is a complete bust, Peckerhead goes off alone to confront the promoter and eats the guy in a messy smorgasbord of gore and splatter, which is precisely when one of the band mates walks in on the scene and discovers that they’ve been riding around with a flash-eating ghoul. Peckerhead has some kind of condition, he explains to them as best he can, where he turns into a monster once every night for 13 minutes, and being as desperate as they are, Duh goes along with the whole thing, so long as Peckerhead keeps his fangs to himself. And thus, they form a team of trust, but whenever the band feels threatened or pushed around by bullies in the biz, they’ve got Peckerhead to their rescue … which eventually winds up biting them all on their ass later on when they’ve left a whole trail of carnage in their wake.

An odd concept for a quaint-seeming horror comedy, Uncle Peckerhead, like so many movies made by people of its generation, is far too self-aware and ultra ironic to be taken seriously for even five minutes, which is its ultimate undoing. If you take away the too-aware acting and performances, thin script, and generally unappealing genetic make-up of the film, you’re left with just bones of a concept. It’s a shame, because I go into every movie with an open mind, especially independent horror films, but this is another one that can’t overcome its faults. Even the music stinks. Written and directed by Matthew John Lawrence.

The newly released Blu-ray of Uncle Peckerhead comes from Dread / Epic, and it’s yet another disappointment from that team. The Blu-ray is full of special features for anyone who enjoyed the film, and that’s the most commendable aspect of the release, is the fact that they filled the disc with bonus features such as a commentary, a short film, and a music video, just to name some. 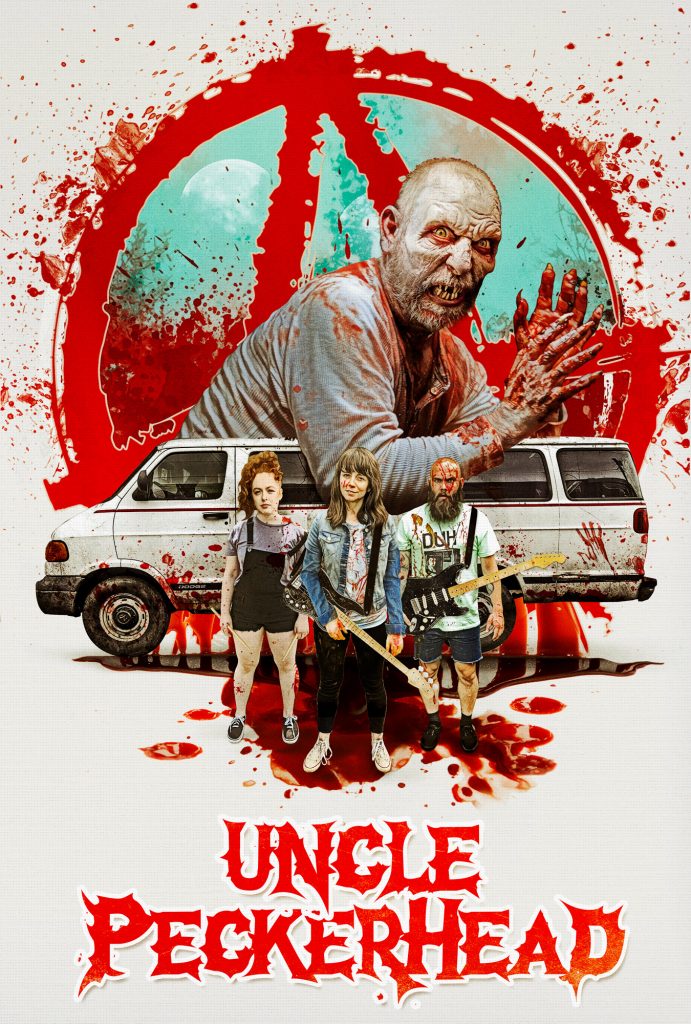