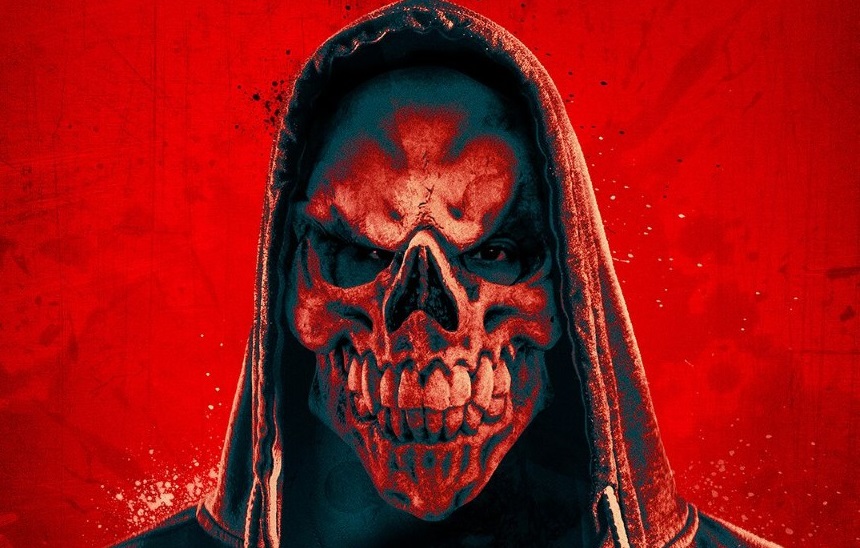 Trick is an adrenaline pumping slasher that deserves to be seen by a wider audience. Recommended.

Plot: A no-nonsense detective tries to track down a mass murderer named Trick, who is terrorizing a small town.

Review: On Halloween night, a simple party game turns deadly when a masked high school student suddenly snaps and stabs and murders a bunch of classmates, creating a frenzy. When the student – named Patrick (nicknamed by everyone as “Trick”) – is wounded and taken to the hospital, again he snaps and breaks loose his bonds, killing several more in the hospital, but in what should be a final confrontation with two police officers he is shot a number of times and falls out a two-story window and seemingly escapes into an ice-cold river. Trick’s body is never found, which becomes the source of a thorn in Detective Denver’s (Omar Epps) side. Over the course of several weeks, Denver investigates Trick’s life and finds a giant enigma; no one can properly describe his face, and there’s no trace of his origins or background, not even his address or parents. A year passes and Denver is the only man in the world who suspects that Trick will return, and sure enough the masked killer makes an audacious appearance on Halloween night, seemingly to taunt Denver and prove himself of his existence. The media picks up the story and an urban legend begins: Trick is out there and goes bananas on Halloween – and for the next several Halloweens – and Denver can only dog his shadow, year after year. When finally Denver realizes that Trick is playing an elaborate and very bloody game with him, Denver and several other detectives try to trap him, only to come to the understanding that Trick has played them all with a devastating revelation.

It’s been awhile since I’ve seen an energetic, somewhat original take on the good old slasher formula. I’m a sucker for the genre, so I’m pleased to admit that Trick really had me going there for a while. The killer is an incredibly formidable bullet train of death, and after close to 90 minutes of screen time I was beginning to feel exasperated with all of the nonstop killing and ruses and swift getaways. The movie does have a twist that feels unfair and somewhat undeserved, but I still enjoyed the movie as a whole because it rekindled similar feelings I had for the sequels to Scream. Co-writer / director Patrick Lussier (My Bloody Valentine 3D, Drive Angry 3D) gives the movie a real sense of pacing and style, and I liked his timing and rhythm. It’s just the ending I wasn’t crazy about. I’m bummed that this didn’t get a wide theatrical release because it’s exactly the sort of movie multiplexes need right now: Throwback slashers with a whole lot of adrenaline pumping through its veins.

The Blu-ray release for Trick (out on December 17th) comes with “The Making of Trick,” a bonus feature. 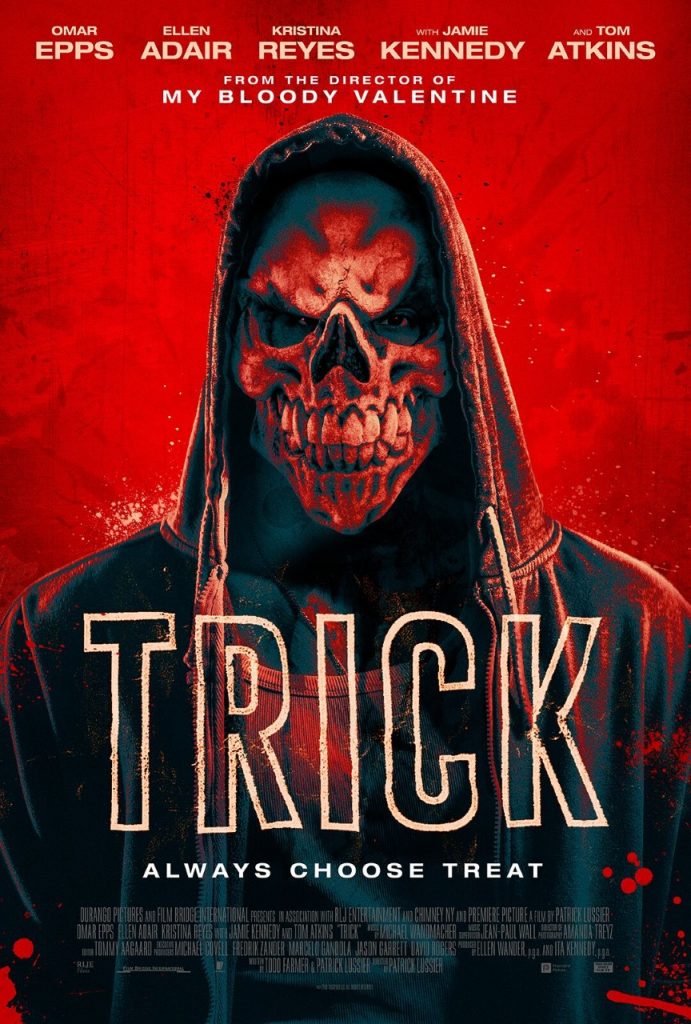