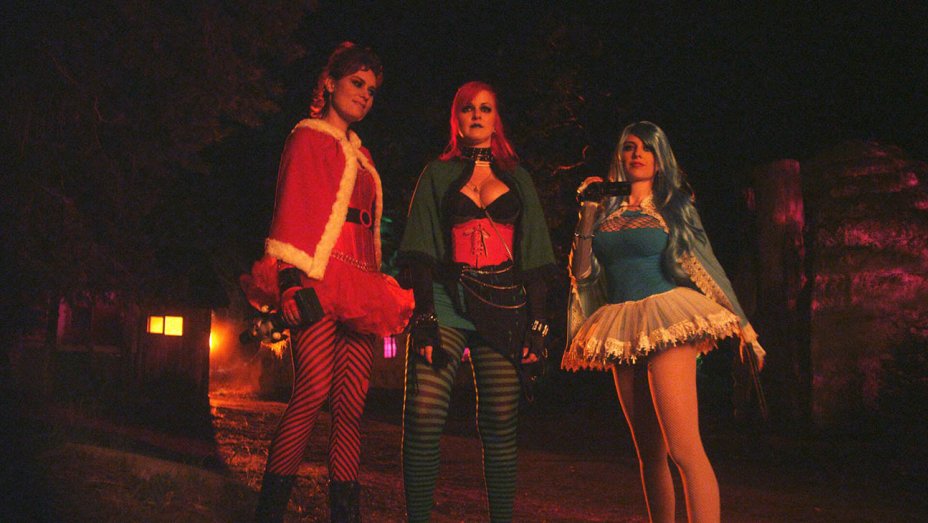 So much could have been done with that set-up for this movie, but a crummy, unimaginative script, unappealing heroines, and a bizarre, low-tech portrayal of Santa cripple the movie.

Plot: It’s Christmas Eve, and three cosplaying women come across the malevolent Christmas demon Krampus. The girls must team up with Santa Claus himself to battle the creature and save the world.

Review: On the day before Christmas, three longtime friends and video bloggers head over to the apparently abandoned Santa Land, which once was a thriving tourist attraction year round. Their intention is to explore the place and maybe steal a souvenir of some kind for bragging rights. The three ladies – dressed in sexy elf costumes (played by Kristina Klebe, Susan Slaughter, and Hannah Wagner) – are stunned when a demonic creature is stalking the grounds and targets them for its next meal, but to their rescue is an old codger (played by Barry Bostwick) who claims that he’s the real deal Santa Claus. Santa insists that the creature outside is Krampus – his evil twin brother – and that the ancient demon is especially intent on claiming as many souls (children and naughty chicks are his favorite) as possible on this most holy of nights. It’s up to the three feisty babes to put an end to Krampus and save Christmas.

With close to ten minutes of beginning and end titles, the foul-mouthed and grisly Slay Belles runs at just over an hour, which is hardly enough to qualify it as a feature. It ends on an abrupt note too, which perplexes me because by that point the movie was just getting started. The plot is clever, though: Three babes stuck in Santa Land on Christmas Eve with Santa and Krampus! So much could have been done with that set-up, but a crummy, unimaginative script, unappealing heroines, and a bizarre, low-tech portrayal of Santa cripple the movie. There’s a thread of originality to the film, but co-writer and director Dan Walker has no idea how to rev the slay ride on this bottom of the barrel seasonal horror film.

The Blu-ray of Slay Belles comes packed with special features, including a short film, a commentary, a making of feature, several walk-through supplements, and a trailer. 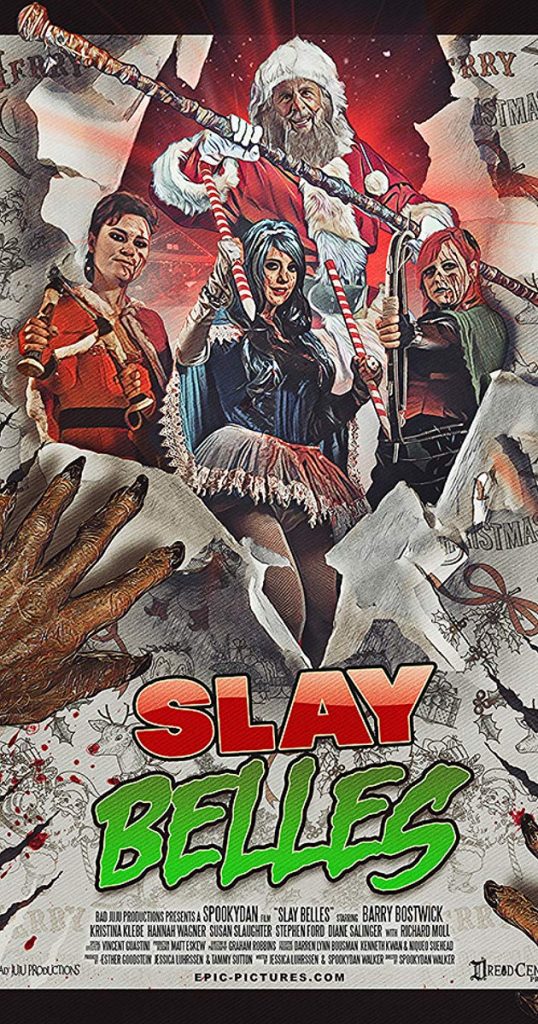