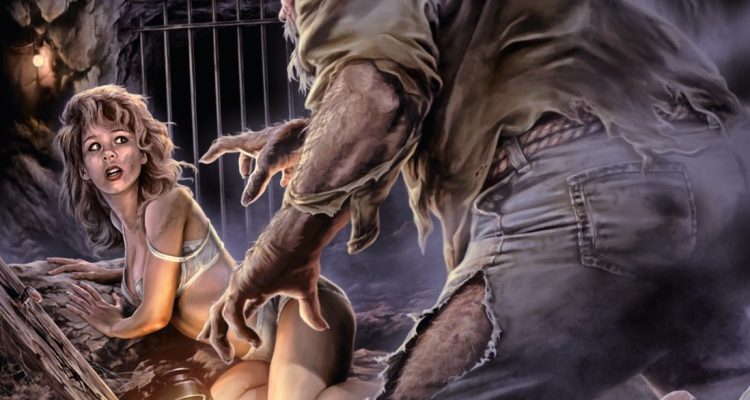 For most, Trapped Alive will be a new title, as it has long been out of print since the VHS days, so enjoy the discovery.

Plot: A sheriff’s deputy, some escaped prisoners and two young girls find themselves trapped in a mine shaft where a cannibalistic mutant is hunting them for food.

Review: Two young women on their way to a Christmas party in a wintry landscape are accosted by three escaped convicts who snatch them and commandeer their car. By chance, they all fall into a hole that is a long dormant mining shaft, making it next to impossible for any of them to climb out to escape. One of the convicts is killed straight away, while the others are stalked and preyed upon by a cannibal freak that dwells deep in the mine. The two young women don’t just have the leering, rapey convicts to worry about, but a much bigger threat in the form of the cannibal. Meanwhile, a deputy sheriff learns of the girls’ disappearance and figures out that they’re trapped alive in the local mine, and so he ventures in, not realizing how insanely dangerous his task will be if he’s going to rescue them.

What at first seems like a crummy slasher horror film from the late ’80s turns out to be a fairly intense and satisfying entry in the genre. It has its shortcomings (some lame dialogue, chintzy music, etc.), but the girls are sexy, the killer is gross (in a good way), and the kills are memorable and kind of shocking … and it’s set at Christmastime! Win! For most, Trapped Alive will be a new title, as it has long been out of print since the VHS days, so enjoy the discovery. From director Leszek Burzynski.

Arrow Video has just released a pretty fantastic looking 2K restoration transfer Blu-ray of Trapped Alive. Never in anyone’s wildest dreams could they have predicted that they’d be able to watch this film in an ultra clear and crisp digital transfer. Several audio commentaries are included, plus new interviews, featurettes, a fun essay in the insert booklet (by Zack Carlson) and a rad cover art painting for the sleeve, which is reversible with alternate artwork. 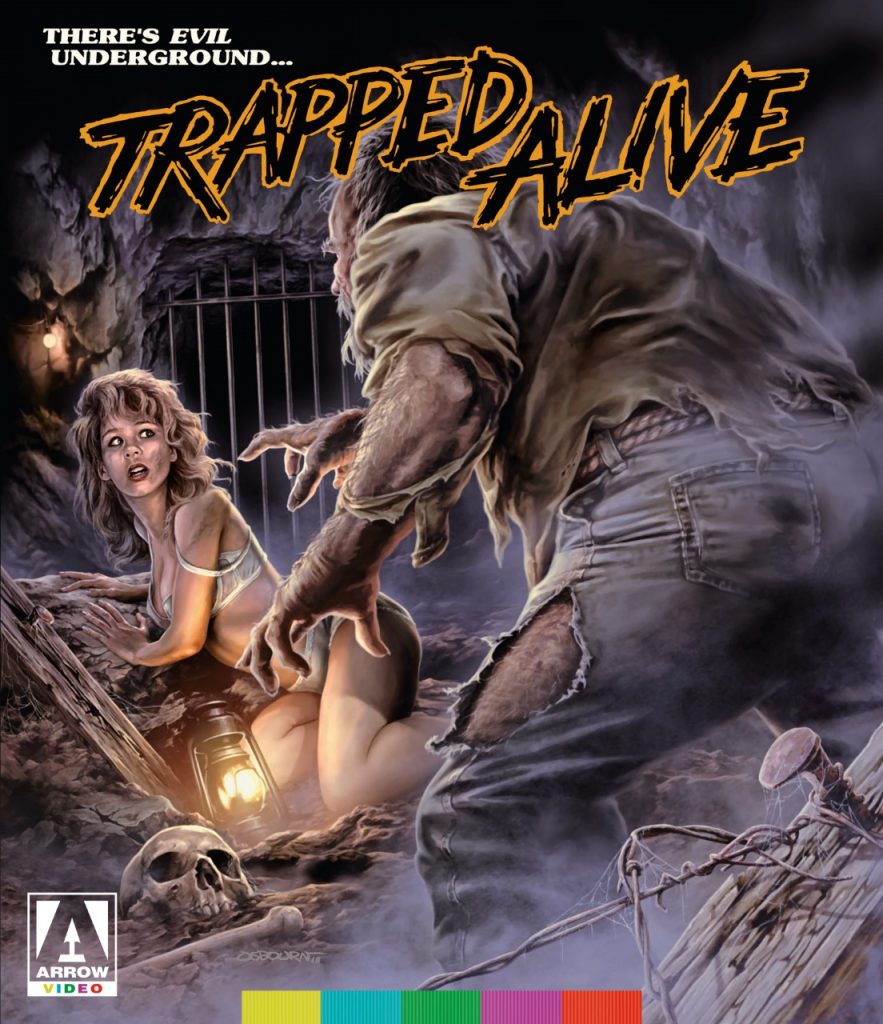