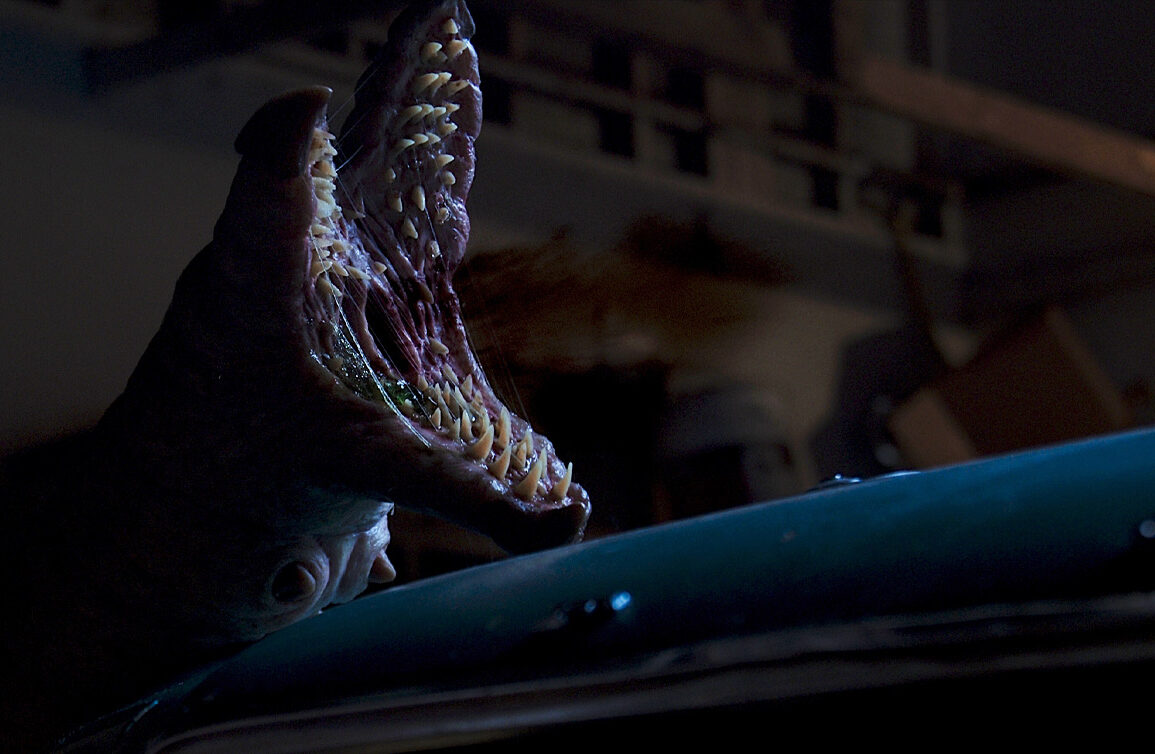 The good news is that it’s much better than it could’ve been, and with some eye opening gore and a fairly compelling sense of direction from Dale Fabrigar, the movie does its thing (somewhat successfully) on a very limited budget.

A small desert homestead becomes the epicenter of an invasion of very big carnivorous earthworms.

A desert town police officer named Danny (Joseph Almani) is hanging out with his uncle (played by Michael Pare, always welcome in anything) in his uncle’s garage repairing an old Mustang when an earthquake happens. From a huge fissure in the earth, out crawl tiny little white earthworms. Danny’s uncle is bitten by one of them, and thinking nothing of it, he goes about repairing the car with Danny. When there’s an aftershock, Danny and his uncle are crushed under the car they’re working on, and Danny’s leg is completely trapped under the car. The earthworms molt their skin and get much, much bigger and begin swarming upon Danny, who has no way to get out from his predicament. With his uncle dead, and with no juice left on his phone, Danny suffers a bite from a worm, and we learn that he has a very limited time before the venom will kill him, and so he begins hallucinating horrible, grisly images while also battling for survival as he struggles to break free of his prison as the carnivorous creatures close in.

Taking some cues from the first few Tremors movies, but confined to a small garage set, They Crawl Beneath has some dishonest marketing materials that suggest a much more expansive and open-air feeling creature feature, but instead ends up being one of those movies-set-in-a-confined-area deals. The good news is that it’s much better than it could’ve been, and with some eye opening gore and a fairly compelling sense of direction from Dale Fabrigar, the movie does its thing (somewhat successfully) on a very limited budget. The creature effects are all (or seem to be) practical, with slimy hand puppets and animatronics, and there are a few solid moments that I’ll remember for quite some time. Co-star Michael Pare gives the movie some legitimacy in a strong supporting role (much of which he’s required to play dead), and with a scaled-back cast the movie has an intimacy to it that works.

Well Go USA will be releasing They Crawl Beneath to Blu-ray and DVD the first week of October. The disc comes with some bonus trailers. 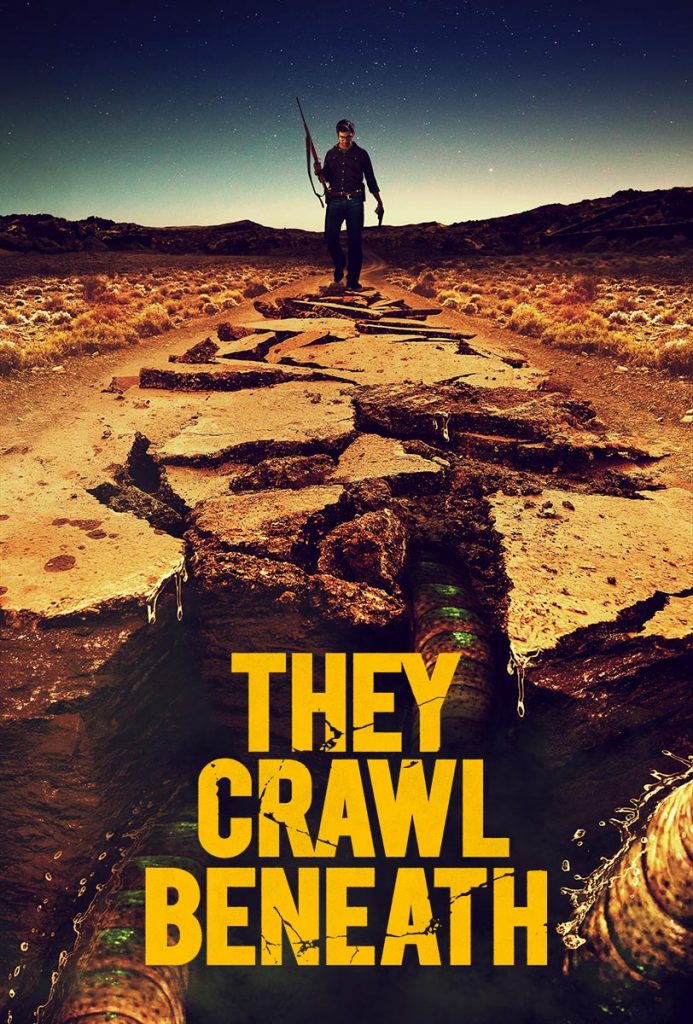