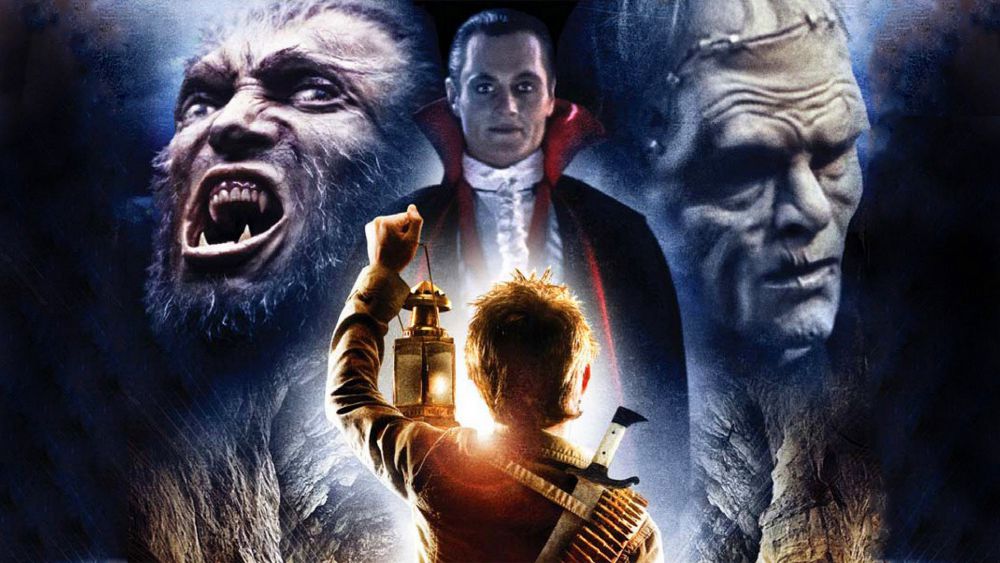 The Wolfman’s Got Nards

The Monster Squad (1987) didn’t find its audience until it was on HBO and VHS rental tapes. That devoted audience has driven DVD and Blu-ray releases. The Wolfman’s Got Nards (2018) documentary takes a line from the movie that the fans know so well. The Monster Squad script was written by Shane Back and Fred Dekker.

Sean: “Horace, kick him in the nards!”

Horace: “Again with the nards shit?!”

Sean swings again, but Rueger [the werewolf] catches the handle in his claw and snaps it like a toothpick. He bellows, as Horace takes two steps and KICKS him square between the legs. The werewolf yelps, doglike, and doubles over, as the two wide-eyed boys resume their retreat.

Andre Gower played and Sean and directed the documentary. He said The Monster Squad resonates with kids because it takes them seriously. Even if it means making up a word like “nards.”

“The line ‘wolfman’s got nards’ as we see in the documentary with someone like Adam F. Goldberg and his hit network show ‘The Goldbergs’ you know that has impacted more than one person around the world and he writes it in a ton of stuff and ‘nards’ is now part of other people’s lexicon because of a brand new made up thing in Shane Black and Frank Dekker’s crazy minds writing this funny script.”

“The Monster Squad” missed its theater audience in the US because of a PG-13 rating, meaning parents would have to attend the movie with 11 & 12 year-olds. Critics called it crass and too mature for 13-year -olds.

“Something like that becomes a victim of the system,” Andre said. “It’s crazy that in the UK you can be 15 and you can’t see a movie that’s made for 12 & 13 year-olds. Even if your parents brought you, you couldn’t go in the theater and that still holds true 30 years later. That kind of thing keeps people out of the theaters and even in the states where we had PG-13 it was sort of right in between that kind of perfect sweet spot where it should have landed in and made it but it kept people away because the parents were driving the theater or they were too old to see kids movie or they were too young to see a ‘tween movie so it was it was a weird combination of timing.”

“It was a big hit. By it I mean The Lost Boys,” said actor Adam Carl in the documentary. He played Derek in The Monster Squad.

When it became available for VHS rental parents were much more flexible about who could see it. “Everything we had seen until then was kid’s stuff. This was a taste of something dangerous,” said Danny Foster, a fan from Cincinnati, as quoted in The Wolfman’s Got Nards.

The Wolfman’s Got Nards producer Henry Darrow McComas described the core audience of The Monster Squad and the widely-varying definition of a cult classic.

“Something that a mainstream audience for whatever reason is either too scared to say or has not yet resonated with people to say ‘this is a good film’ or ’this is an entertaining film.’ It takes the select niche of gritty people to be like ‘I love this’ from the very beginning and the rest of the mainstream audience to catch up to.”

The documentary duo talked to an eager crowd at the Brooklyn Horror Film Festival.

“The movie released in 1987. I think the VHS and the HBO stuff was the next year so it came out in August of ‘87 so I think and the first half of ’88 ,” Henry said. “In 2006 we did the Alamo Drafthouse reunion cast screening with myself, Ryan Lambert [who played Rudy] and Ashley Bank who played Phoebe and [writer] Fred Dekker. That was the seminal event that … sparked the fuse that ended up blowing up the resurgence and it just has been non-stop since Easter of 2006.”

“It was important that it wasn’t fan servicing. We approached this as ‘I’m a fan of the movie. I have been for very long time.’ We kind of did this as a romance story between a movie and its audience that was 31 years in the making. Sometimes they break up. Then they find each other later on. I was kind of a nerd walking down the high school halls. People were like ‘why do you like horror movies so much?’ Now we have something we can use to say ’this is why we love horror movies so much.’ ”

One day as a kid Henry discovered The Monster Squad in a box of VHS tapes.

“I was in Alaska where the winters were extremely long and the days were extremely short. There wasn’t much to do so I was rummaging through my older brother’s box of VHS tapes and I didn’t find the one I was looking for. Not the dirty one. Instead I found a white blank VHS tape with white blank label that said Monster Squad on it and I put it in and I was immediately transported to this world and I started sharing it with my friends. After that I found a VHS camcorder and I started making stop animation with little action figures in the snow. A kid who found The Monster Squad and then found his friends off of it became a filmmaker and got to do a movie with the leader of The Monster Squad.”

The now-grown audience seemed to enjoy seeing the actors grown up as well. Ashley Bank played the younger sister Phoebe, who was not allowed to join The Monster Squad until she befriended Frankenstein.

“Most of the monsters were very cognizant of being human. However, I was petrified of Duncan (the vampire) because Duncan was just a man, and he had red eyeballs because he wore red contact lenses, and fangs, and that wasn’t fucking normal,” she said in the documentary.

Shane Black said it worked out that the actors stayed in character during the shoot.

“You know, I think she turned out okay. I don’t think we did any permanent damage, but scaring the hell out of kids seemed like a great idea, and then the laughs played against that in a wonderful way.”

Andre said Shane Black is good at combining light and heavy tones in a story. Kids enjoyed seeing the characters in real peril.

“That’s a very Shane Black thing to do to make it very real and very heavy in a kids’ campy movie. That’s what makes Monster Squad different from other kids’ adventure movies of the time that might have seemed a little more cartoonish. It gets a little more real,” Andre said.

Not all fans were aware that actor Brent Chalem had died young after medical complications. “Did anybody no know that Brent Chalem [who played Horace] had passed away in 1997?” Andre asked. “It’s an interesting part of the story. Super sad. Super tragic. You could not do this documentary and not tell this story because that is a very important part. That’s a character everybody resonates with. He has the best arc in the movie. He nerd justices up and he has one of the most cinematic shots in the movie. Everybody loves Horace.”