The film comes across as a swinging bit of apocalyptic yesteryear.

“The destruction was total. Earth – our planet, our home – is now just a bent-out, sterile slag in space.”

Plot: Scientists step through a time portal and travel 107 years into the future.

Review: Some scientists tinkering in a lab accidentally open a portal that allows them to slip forward through time. Immediately, the handful of scientists (one is a woman) are chased by bald mutants into a cave where other humans of that time are living. The humans of that time take the time travelers to their underground civilization where they show them (stock) footage of Earth’s final nuclear war and explain to them that mankind is dying out from radiation and lack of food and resources. Their plan is to use a starship to travel to a distant planet to start again. The scientists are enlisted as helpers in building cyborgs and in other activities, but before the launch to outer space is accomplished, the mutants living outside burst through the barriers and ruin any chances the non-contaminated people have of starting a new life. The time travelers promptly create another time portal and go back in time to try to fix the mess, but all they end up doing is going in circles through time, accomplishing nothing.

At first, this appeared to be a cheap, Saturday matinee throwaway flick, destined to be forgotten, but as it went on, I grew to like it. The mutants and cyborgs are weird looking and original. Some of the romance and sexy scenes with the ladies in the film were cool and interesting. I liked the music by Richard LaSalle too, and as directed by Ib Melcher (writer of Death Race 2000), the film comes across as a swinging bit of apocalyptic yesteryear.

Kino Lorber and Scoprion Releasing will be releasing The Time Travelers onto Blu-ray next month on April 27th, and this is a nice upgrade from the previous DVD from Shout Factory, which contained several other films as well. Scorpion’s transfer is nice and filmic in high definition, and includes the original trailer. 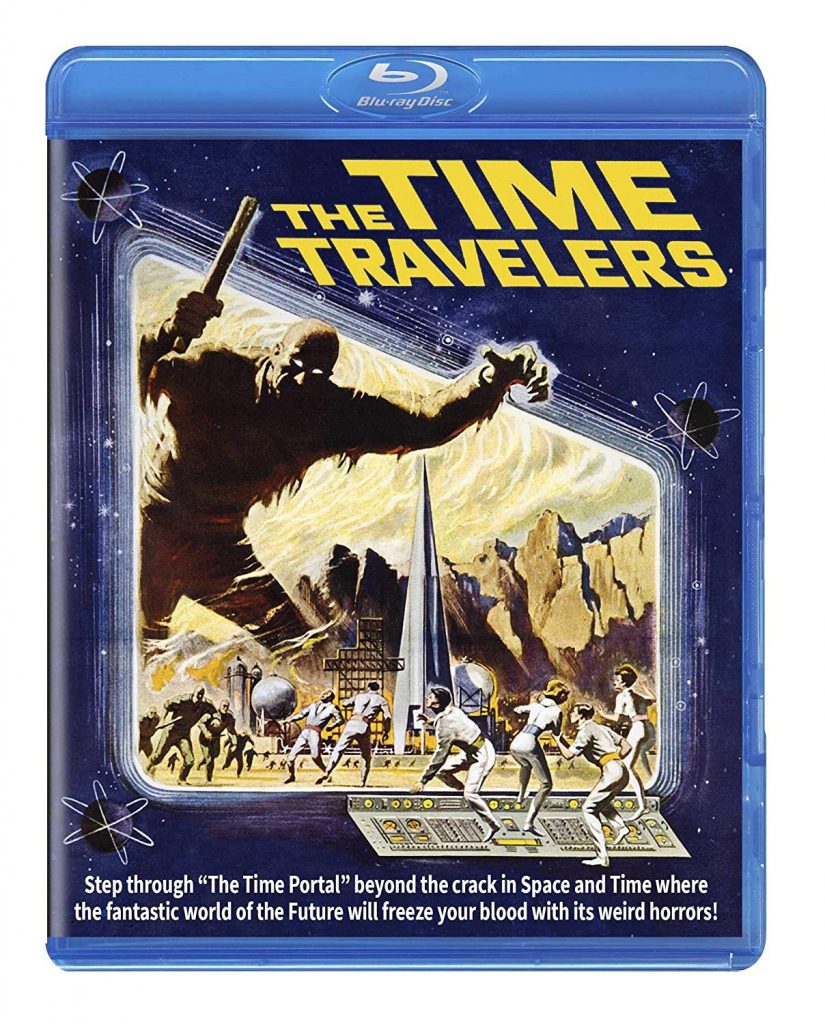