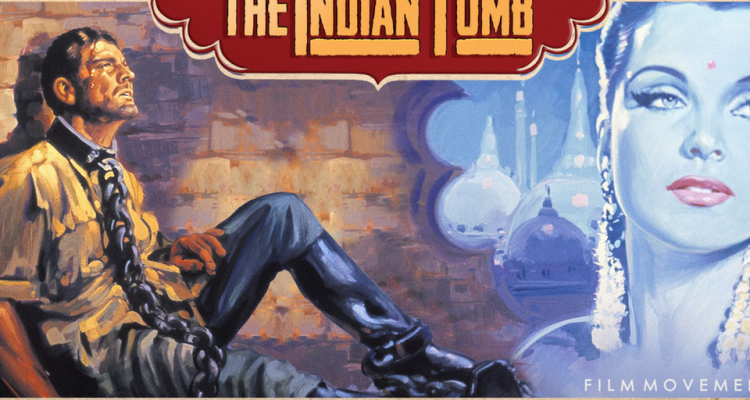 Seen its entirety in the German language is a commitment, but one well worth taking, and with its vivid colors, lavish sets, expensive looking set pieces and scenes of action, crowd control, animal activity, and general sense of richness, this film is quite a discovery for anyone who loves cinema itself.

Plot: Western architect Harold Berger (Paul Hubschmid), called to India by Chandra, the Maharaja of Eschnapur, falls in love with the beautiful temple dancer Seetha (Debra Paget), although she is promised to the Maharaja.

Review: A lonely and lovesick Maharaja in India named Chandra commissions a team of a westerner architects to work on his palace, and on the trek over, one of the architects – a stalwart, strapping semi-adventurer named Harald (Paul Hubschmid) – saves a beautiful half-Indian temple dancer named Seetha (Debra Paget) on her way to dance for the Maharaja from a tiger attack in the jungle. It’s love and lust at first sight for the dancer and the architect, but instead of allowing themselves to fall into each other’s arms, Harald delivers the dancer to Chandra as a way of honoring his employer. When Seetha dances for Chandra and his court, Seetha’s great charms are revealed: She’s a stunning woman, and Chandra decides there and then to make her his new bride, which upsets his brother and the viziers and priests of the court, as the union would upset the balance of the fates. Unwilling to hear the advice of his priests, Chandra goes ahead with his plans, but when he finds out that the woman he lusts after is in love with Harald, one of his architects, he rages out at the Westerner and tries to have him killed. When Harald turns out to be quite a formidable foe and a surprisingly tough guy to kill after he’s thrown to the tigers and alligators and survives both times, Chandra’s hate turns toward Seetha, whom he decides to build a massive bridal tomb for, which he intends to put her in the day after he marries her. But if Harald and the gods have a say in the matter, true love will triumph, and Chandra’s dynasty will pay a heavy toll.

From visionary filmmaker Fritz Lang, who had made a number of classic and iconic films before directing this epic two-part movie, including Metropolis, The Tiger of Eschnapur and The Indian Tomb (collectively known as “The Indian Epic”) was previously released as a severely condensed version retitled Journey to the Lost City. Seen its entirety in the German language is a commitment, but one well worth taking, and with its vivid colors, lavish sets, expensive looking set pieces and scenes of action, crowd control, animal activity, and general sense of richness, this film is quite a discovery for anyone who loves cinema itself. It very much seems to have inspired future generations of adventure films like the Indiana Jones pictures and others of that ilk, and if you’ve ever read a pulp adventure novel, then you’ll feel right at home with this double feature. The movies blend as one, so I wouldn’t call this a series or a movie with a sequel; they are intended as a “Part 1 and 2.” The movie has tiger fights to the death, alligators eating people, a zombie-like leper colony (spooky stuff), and two eye-popping exotic dance scenes with star Paget, which are the highlights of the movie. These scenes alone rival any exotic dance scenes ever filmed, and it’s quite shocking that these scenes were filmed in the 1950s! Paget was stunningly gorgeous, and her (very) skimpy outfits and dances in the film are incredible. What’s not to like about a movie with all this good stuff in it? Though the movie is very long (close to four hours) and slow in stretches, it’s a very rewarding piece of filmmaking if you have the will and the patience to make it all the way through.

Film Movement’s recent Blu-ray of this title comes in a crystal clear 4K restoration, with an audio commentary, a documentary, a video essay, and a 20-page insert booklet with a well researched essay. 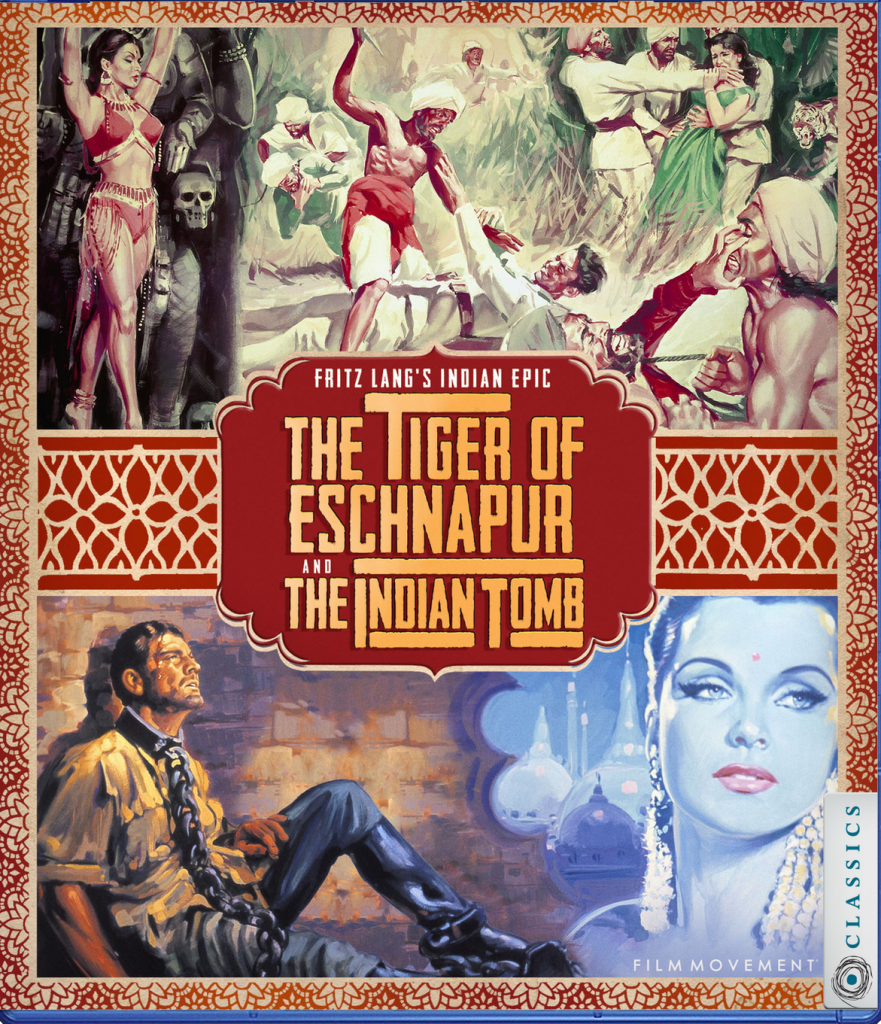