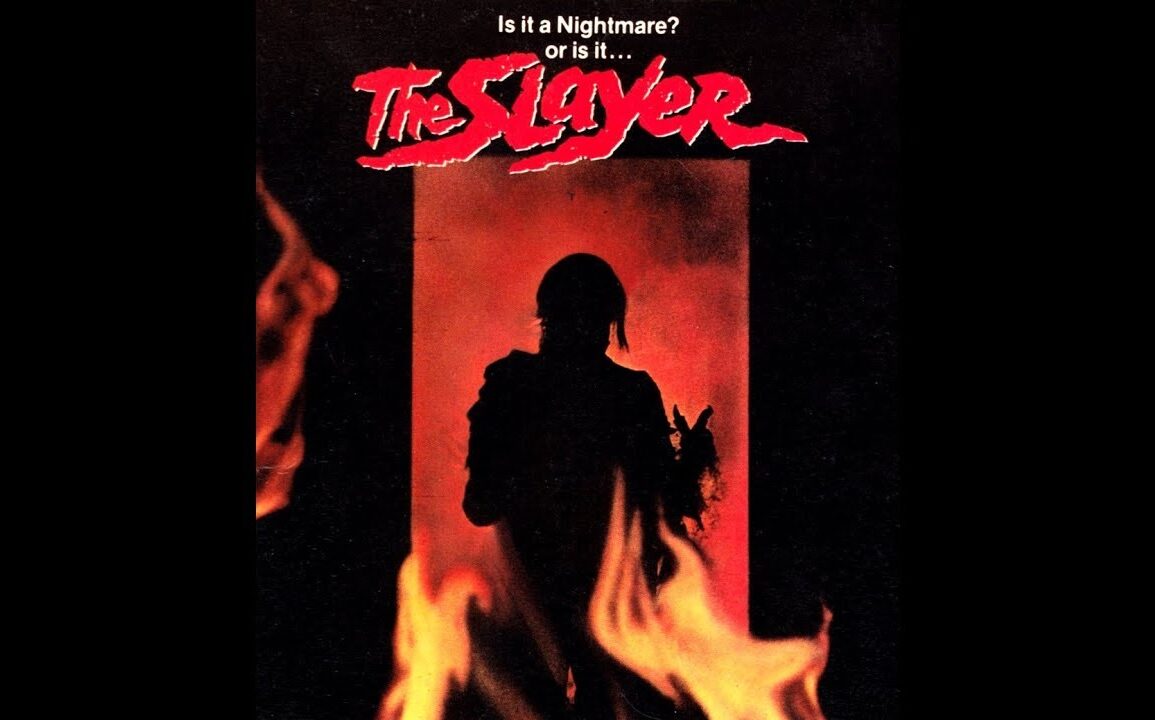 This is a mature slasher film. The Blu-ray from Arrow is superb.

Plot: Siblings, Eric & his surreal artist sister Kay, her doctor husband David, her sister-in-law Brooke along with pilot Marsh become stranded on a rugged isle face off against a supernatural beast drawn to Kay who dreams of its killings.

Review: Two yuppie couples take a vacation to a deserted island paradise. One of them – Kay (Sarah Kendall) – has been having vivid, violent nightmares, and as soon as she steps foot on the island, she gets the creeps. It doesn’t take long for the first of them to be slaughtered by a malevolent specter in the night … but was it an accident, or is there really someone – or some thing out there that has it out for Kay? As the body count piles up, and with Kay’s sanity hanging in the balance, will “The Slayer” find its quarry?

I watched The Slayer many years ago on a double feature big box VHS tape (it was paired with Scalps), and I still remembered it as I sat down to watch the newly restored blu ray from Arrow Video, which presents the film in 4K. Writer / director J.S. Cardone (who would later direct fare such as the vampire film The Forsaken, amongst other notable genre films) was wise to make the protagonists in The Slayer adults instead of a bunch of teenagers. It gives the film some weight, and he is very careful and cautious to build up the creature that ultimately is revealed to be The Slayer itself. When the monster is finally revealed, it’s a doozy, but the movie has some nice atmosphere and a decent score by Robert Folk, which all lend themselves to making this film one of the cooler slasher films of its era.

Arrow’s new release looks and sounds fantastic, and they should be commended for bringing this movie back into the digital age. There are two audio commentaries – one by Cardone and the other by Slasher specialists The Hysteria Continues – and some of the special features are pretty choice, like “Return to Tybee: The Locations of The Slayer,” and “The Tybee Post Theater Experience.” The team that put this Blu-ray / DVD package together deserves an award.