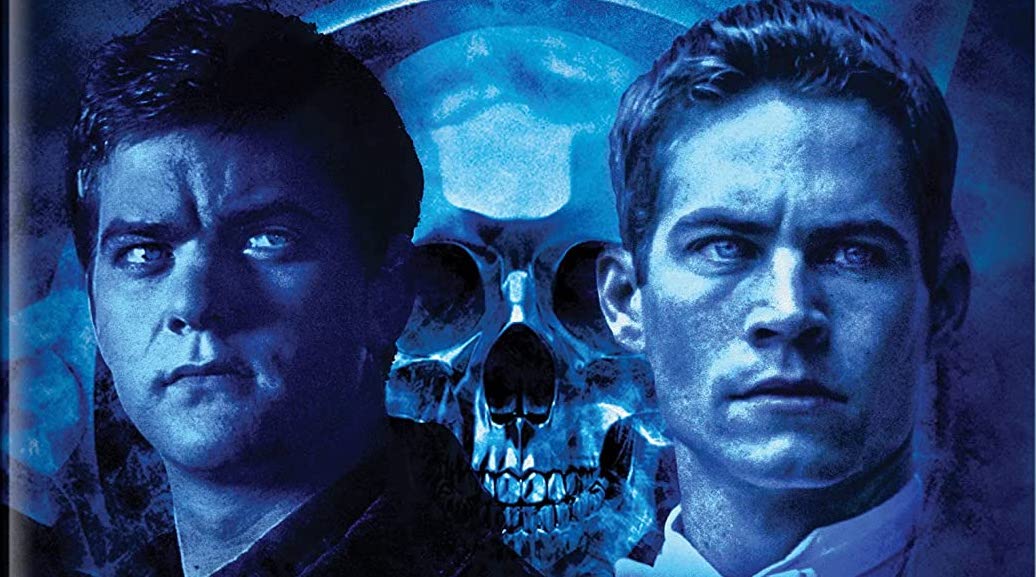 Mill Creek’s release of all three films int he series is on one disc without any special features. The transfers are good, the films themselves vary in quality, with the original being the best ans strongest, the second one being the weakest, and the third picking up some slack. The price tag for this set is affordable.

An elite secret fraternity at an upscale university hides a possible murder committed within its domain, causing one of its newest inductees to rebel and get to the bottom of the matter.

Blue collar do-gooder Ivy League student Luke McNamara (Joshua Jackson) has a bright future ahead of him: His grades are good, the rowing team he’s on is on track to becoming the top team, and all the fraternities have extended offers to him, which he’s refused in turn. He’s been waiting for the big one – The Skulls – to ask him to join, but only the most elite students get the chance. His roommate and best friend is a journalism major named Will (Hill Harper), and he’s got a good thing going with a girl named Chloe (Leslie Bibb), but when The Skulls do extend their very secretive offer through subterfuge and danger, Luke’s life takes a turn. He excels at all the tests and trials The Skulls put him through, and he’s given a “soul mate” in another inductee, the handsome and cutting edge student Caleb (Paul Walker), whose father (Craig T. Nelson) is a Skulls legacy member and the head of the entire secret society. When Luke’s friend Will is found to have committed suicide, Luke does some digging and realizes that he may have been killed – murdered – by his “soul mate” Caleb and that the suicide was made to cover up the crime, but when he unearths some tricky facts (the incident may have been caught on camera), Luke finds himself at the center of a conspiracy against him, as The Skulls turn all their power and influence to frame him for his friend’s death. Luke finds that even the police are under the thumbs of the powerful people within The Skulls’ domain, and Luke’s entire future depends on how he handles this deadly serious threat that encroaches around his destiny.

A coming of age thriller with a good enough hook that may seem a little over the top and unbelievable, but thanks to solid direction by Rob Cohen and a competent script by John Pogue, The Skulls works as mass-market pulp entertainment. The film never skirts over into slasher territory, even though it easily could have, but remains firmly planted in a “safe” PG-13 thriller zone, and it almost feels like a prequel of sorts to the more mature John Grisham thrillers like The Firm that were so popular during the 1990s. Jackson and Walker played well with each other here, and the film went on to spawn several direct to video sequels.

A newly chosen inductee into a secret society believes he witnesses a young woman’s death, which spurs a conspiracy against him.

Ryan Sommers (Robin Dunne) is the latest promising young Ivy Leaguer to get promoted to the ultra secretive and elite fraternity The Skulls. After being branded a member, he happens to see a young woman stripping for a fellow Skull, and what he sees is startling: She is pushed off a roof, or so he thinks, and his “soul mate” Parker (Nathan West) is involved. But did the girl die? Or was it a prank, meant to test Ryan’s resolve as a Skull? All of a sudden, Ryan’s relationship with his girlfriend Ali (Ashley Tesoro) is up-ended and his questioning about the girl’s mysterious disappearance causes him to lose his standing with The Skulls, and Ryan is quickly running out of options for his future as the walls close in around him. Did he actually see the girl get killed? Possibly, and the closer he gets to finding out the real answers, the more Ryan begins to understand that once you join The Skulls, there’s no getting out …

A slow, not-so-urgent script and nondescript acting and directing (this time by Joe Chappelle) makes The Skulls II even less of a coming of age thriller than a poorly conceived attempt to keep a lukewarm franchise going. Feeling very much like a made-for-TV movie with some nudity, this one ends before it even gets a chance to rev its engines to the point of any amount of excitement. With a lower budget and lower values from a production standpoint, you’d best lower your expectations going in before watching this one.

For the first time, The Skulls take on a female draftee, leading to disastrous results.

After her brother is killed under mysterious circumstances after joining the secret society on an Ivy League campus, intrepid student Taylor (Clare Kramer) bucks the system and figures out a loophole to the how The Skulls, the most secretive society on campus, drafts its newest members. She takes her grievance straight to the Dean (also a legacy Skull member), and due to her diligence (and pseudo blackmail), she is drafted as the very first female inductee into the secret society that sees her as an interloper. When the trial stage begins, she not only excels and exceeds all expectations, but she emerges as the frontrunner of her peers, which upsets the balance of the foundation from which The Skulls perches itself with pride and prejudice. But as things seem to be smooth sailing for her, Taylor’s boyfriend (and once-hopeful Skull inductee whose position was given to her instead of to him) is found killed, things are made to look like Taylor did it, but because she was drugged and framed, the police take her into custody and will charge her for the crime if she doesn’t explain some things quickly. When she’s released without formally being charged, she only has a limited amount of time to prove she’s innocent and find out who is trying to ruin her life.

An improvement over the second film, The Skulls III does a good job of establishing its characters and differentiating them and giving them unique motivations, which is something I felt the second film lacked. The tone and texture for this entry follows fairly closely with the original theatrical film, and while this one sometimes feels very much like the direct-to-video effort that it is, it still manages to entertain, thrill, and involve at a level that sometimes many films meant for the big screen aren’t able to. Kramer does an admirable job with her role, and the script this time by Joe Johnson is a step up the ladder and manages to establish itself in solid young adult thriller territory. Director J. Miles Dale should be commended for keeping this franchise going as well as he managed to.

Mill Creek’s recent single Blu-ray disc containing all three Skulls movies on it contains more than adequate high definition transfers, but the only lamentable fact about it is that it doesn’t port over any of the special features from the original Universal DVD release, which had an audio commentary, deleted scenes, a documentary, and more stuff on it as part of their “Collector’s Edition,” series. Mill Creek offers three full films on one disc in high definition in lieu of offering separate discs and adding special features on any of them, but for a bargain price, this should fit the bill if these films are your jam. 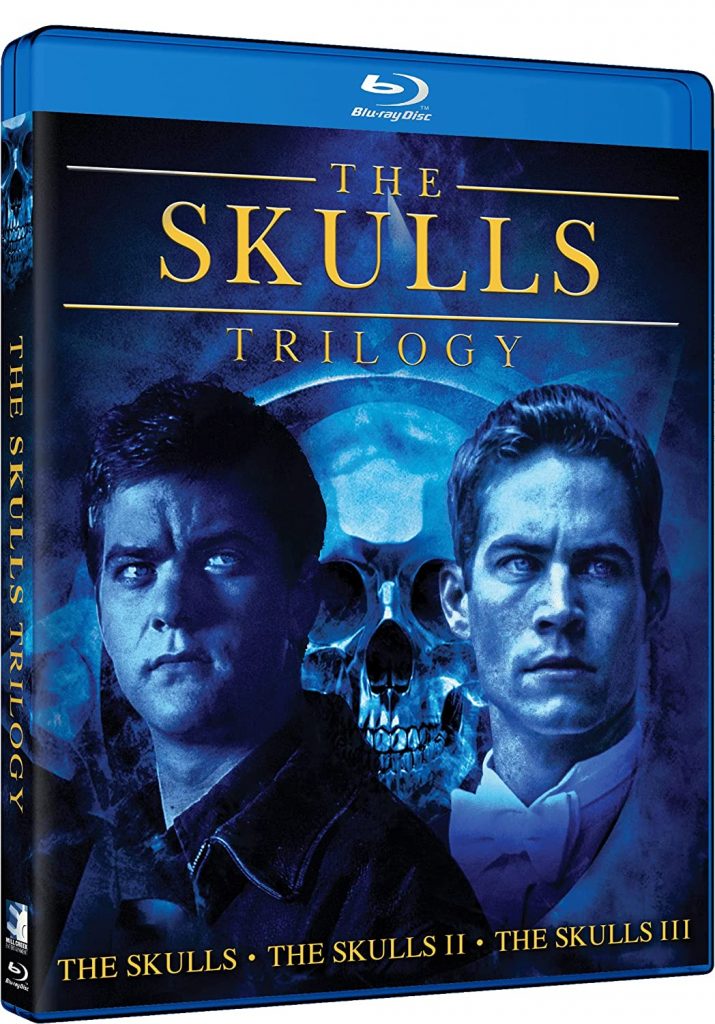