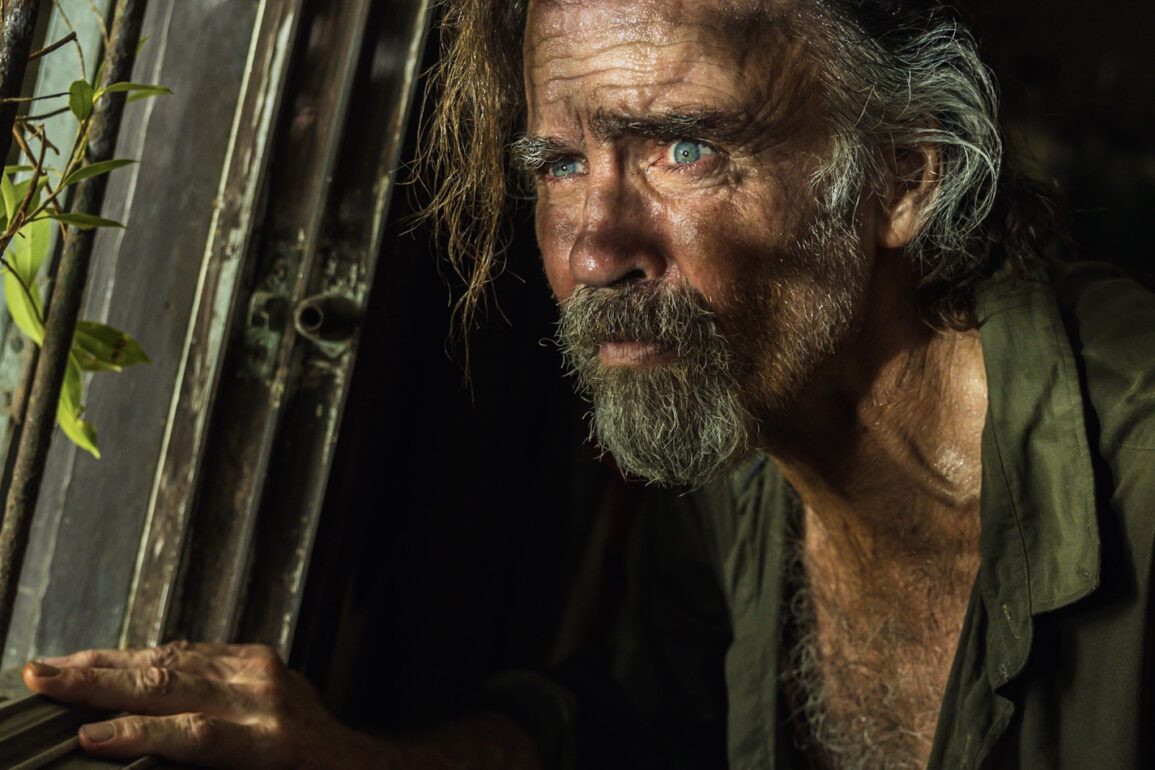 INTERVIEW WITH JEFF FAHEY on Maneater

A consummate actor with close to 200 credits on his impressive filmography, Jeff Fahey continues to act in every genre and has run the gamut of starring or appearing in big budget studio films to doing walk-on or supporting roles in smaller indie films that showcase up and coming filmmaking talents. One of Fahey’s earliest film roles was in the sprawling western Silverado (1985) with an all star cast, from director Lawrence Kasdan, whom Fahey reteamed with again some years later on the epic western Wyatt Earp (1994), starring Kevin Costner. Fahey’s trajectory continued to rise as he took on leading roles in films like Body Parts (1991), The Lawnmower Man (1993), and the two highly underrated thrillers The Sketch Artist (1992) and its sequel, which came out three years later. With a small appearance in the killer shark film Maneater out this week in theaters and on demand, Fahey took a few minutes to help promote the film, and I took the opportunity to ask him as much as I could in the limited amount of time I was given.

My parents took me to see Silverado in the theater when I was a kid. I wanted to start with that.

That movie really enamored me for westerns ever since. It was the perfect western to begin with for a little kid. Please say something about working on Silverado with that great cast, and you worked with Kevin Costner and Lawrence Kasdan again some years later in Wyatt Earp.

Well, I could go on for days telling you a thousand wonderful, positive, fascinating stories about working on Silverado. What will blow your mind is just yesterday I was with Kevin Costner in Utah on location on set for his new film Horizon that he’s doing. But that’s where Kevin and I first met, on Silverado. Seven or eight years later we did Wyatt Earp, and obviously you know Kevin was one of the stars of both of those and Larry Kasdan directed them both. Kevin and I have remained friends all through the years. We haven’t seen each other as much as we’d like because we’ve been in different parts of the world at the same time, but gosh, what a cast that was on Silverado, David. I mean, Brian Dennehy and I remained good, dear friends right until the end. We lost him not too long ago. I have to say that doing westerns – and I love doing all the different genres that I’ve worked in – but westerns are certainly my favorite. For a number of reasons, and you’ve probably heard this before where westerns have come up, actors love doing them, and if they haven’t they wish they could. I haven’t met an actor that hasn’t said, “Gee, I’d love to be in a western some day.” I think it goes back to our childhood. I don’t know how it is today, but back when I was young, a child, there’s a western dream, and the influence of the films we grew up with made such an impact. Then, by the time I ended up on Silverado years later, it was a dream come true. It really was. Every western I’ve done since after that has been the same. It really has.

You’ve had quite the trajectory as an actor over your career. You started with supporting character roles, then segued into lead roles, and now you’ve circled back into character roles again. I recently saw a movie you did called Locked In. I liked it a lot, but I’d like to know what it is on the page of these scripts that appeals to you where you see yourself giving a performance that can elevate the film. Do you just put your trust in the director on some of these movies, something like Maneater or Locked In? What is that appeals to you about what’s on the page for films like these? Where do you see yourself in that?

Okay, David. Excellent question. Because there are multiple answers for every different film. Let’s start with Maneater because that’s what this interview is about. The reason I did that film was because of my relationships with producer Daemon Hillin, Justin Lee – the director – and Trace Adkins, who stars in the film. When Daemon called my manager Jeff Goldberg, who I’ve been with for 33 years now – he’s been with me on all these great adventures – Jeff knows that I’ll do films to help out a friend whatever the size of the film or whatever the genre is … if I can help them move the film forward and help to get it done, because it’s always a miracle to get any film made, especially in this atmosphere we’re in now with all the financial challenges coming out of COVID. That’s why I did Maneater. It was to participate and support a couple friends. I love working with Trace. We’ve become friends these past few years. He and I did a film a few years ago for Justin Lee called Badlands, a western. I really enjoyed what he did on that. That answers that question. Then, there’s other films. For example: Locked In. Carlos Gutierrez, the director on that, we’re working on some other projects and developing a few things. I had met with him. I thought it was interesting, the concept of that film. We shot that film, even though it came out during COVID, we finished that film on Christmas Eve 2018, right before COVID started. That could’ve been a film that we could have done during COVID because of how it’s shot. But, more to your question, I really enjoyed Carlos and talking to him and how he came out of New York Film School. He’s very successful and fascinating. I did that film because I trusted him to your words. I trusted him and his vision even though it was a supporting role, and knowing that we would work on some other things down the road. That’s a creative element and an investment of one’s future in working with someone like that. Then, you have other films like the films I do with Robert Rodriguez. I put complete trust and faith without ever reading the film ahead of time. Robert will call me up and say, “Jeff, I wrote something great for you, I think you’ll dig it.” Then, I say, “Okay, I’m in.” I read it after we have our conversation. With everything I’ve done with Robert, there’s complete trust before even reading it before I even jump in. That has to do with a high-end creative, very commercial side being what Robert has brought to the industry. I’m always happy to jump in on those, and it’s an easy lift because there’s going to be a wonderful, interesting creative result to that. Then, there’re other films that I would do now because it’s an interesting character on the page because either I’m digging the character and the screenplay and what the story is, but also what I can explore within that character because to your point earlier, David, yes, I was the lead in some films earlier in my career and now I’m doing these character roles, but what’s interesting is that in the independent world now they’re having some of these characters becoming a leading role, if you will. They become character studies. Sometimes I jump in for that reason because I feel like I can have some fun with it. I just did a film called Switch Up where I play a homeless guy. It’s a little film we shot in Texas. That also is being produced by a friend named Elizabeth Avellan, who produced all of Robert Rodriguez’s films. I was able to get a very wonderful creative and artistic element from that, and work with a friend at the same time. Do you see what I mean, David? There’re multiple answers I can give you for why I did every single one of my movies, and why. It could just be the time and place where I was in my life. For me, I have to say that I’ve been very lucky that I’ve been able to explore all genres in all levels of film, all kinds of characters, and still work. It could be a commercial piece or as Robert Mitchum said to me years ago, “Hey, Jeff, sometimes we just have to do a carpet commercial to keep the rent going.” (Laughing.) 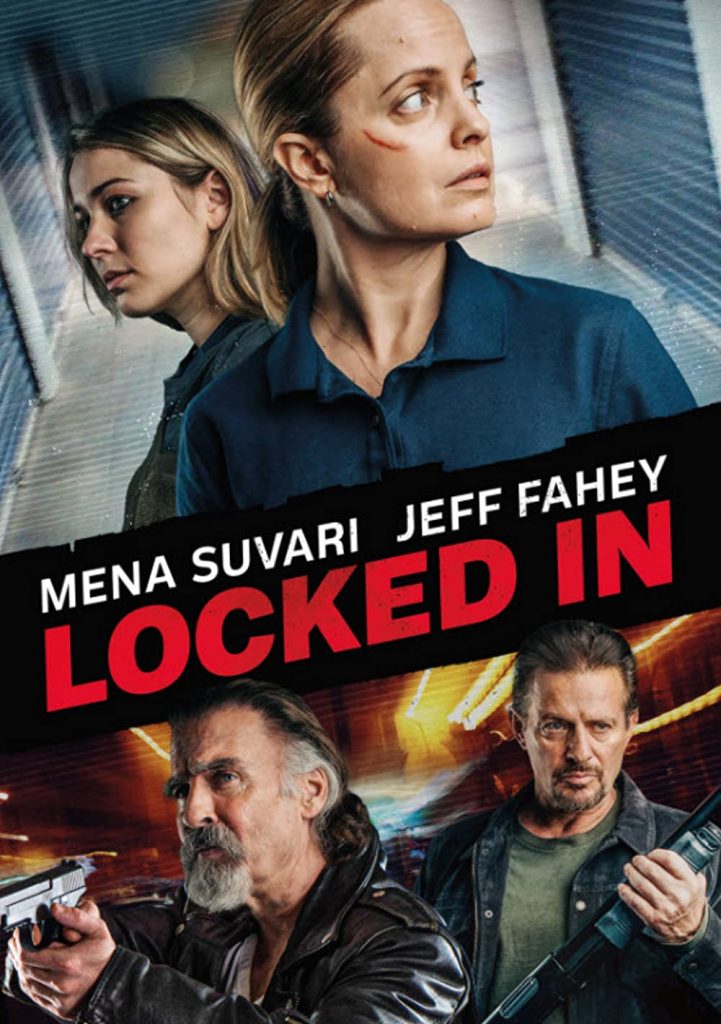 There’s a movie I wanted to bring up even though we’re limited on time, but I really enjoyed a movie you did that was shot in Romania called Serpent’s Lair.

Okay, I’ll tell you why I did Serpent’s Lair. I thought that it had an interesting take of that world of The Exorcist. That sort of sensual horror genre, if you will. It’s a two-part reason why I did that. It was shot in Romania, and it was one of the early films, if you remember, after the wall came down and Eastern Europe was coming back. I really wanted to work with Romanian crews that had done some Hollywood films but had been working over the years with Russian crews, and so on. I thought it was fascinating to go to that part of the world to work. I jumped in on that great adventure.

Another film I loved that you did was The Sketch Artist. You did two of those. Totally underrated films.

The Sketch Artist was great. I really enjoyed that. I do remember, oh gosh, after we did the second one, I remember they came to me about doing a TV series based on the films. I had some other commitments, and I forget what year that was, but I was more interested in doing film than television at the time. We didn’t pursue the series. It would’ve had a good shot on cable TV. I really did dig the concept of those two movies we did, of who that character was. I remember working with Drew Barrymore on the first one and Sean Young as well. Those scripts were very good. 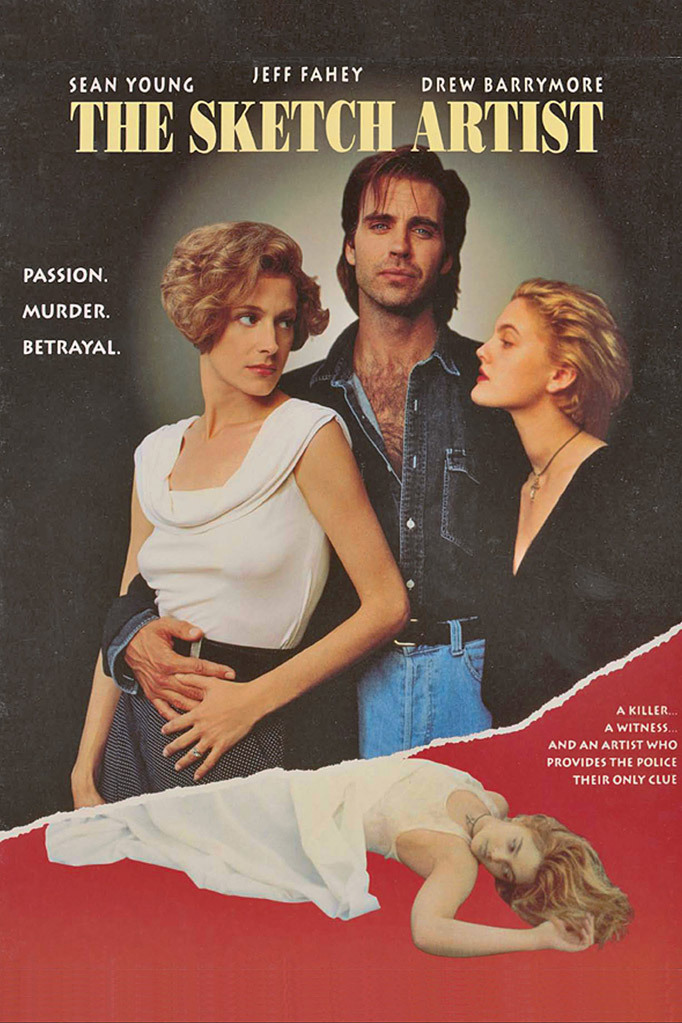 So, about Maneater: I’ve got to say that before I watched the film, I was fully expecting to see you playing the crusty, grizzled captain of the boat, but I was very pleasantly surprised to see you playing against type in this one.

I played the scholar. The professor. What the hell is going on? (Laughing.)

I was totally blindsided by that. You give all the expository dialogue on sharks in Maneater. If you can, do you think you can reach into your memory box and give me a shark factoid that you might know off the top of your head?

Oh, brother. David, watch the movie (Laughing.) That was about a year ago when we shot that. We shot all my stuff in one day. I learned my lines before I shot the scene, and then jumped on a plane and headed back to the mainland. You can probably give me more stats and figures on sharks than I can!

I’ve gotta wrap this up, Jeff, but thank you so much for your time.

MANEATER in theaters and on Demand and Digital August 26, 2022 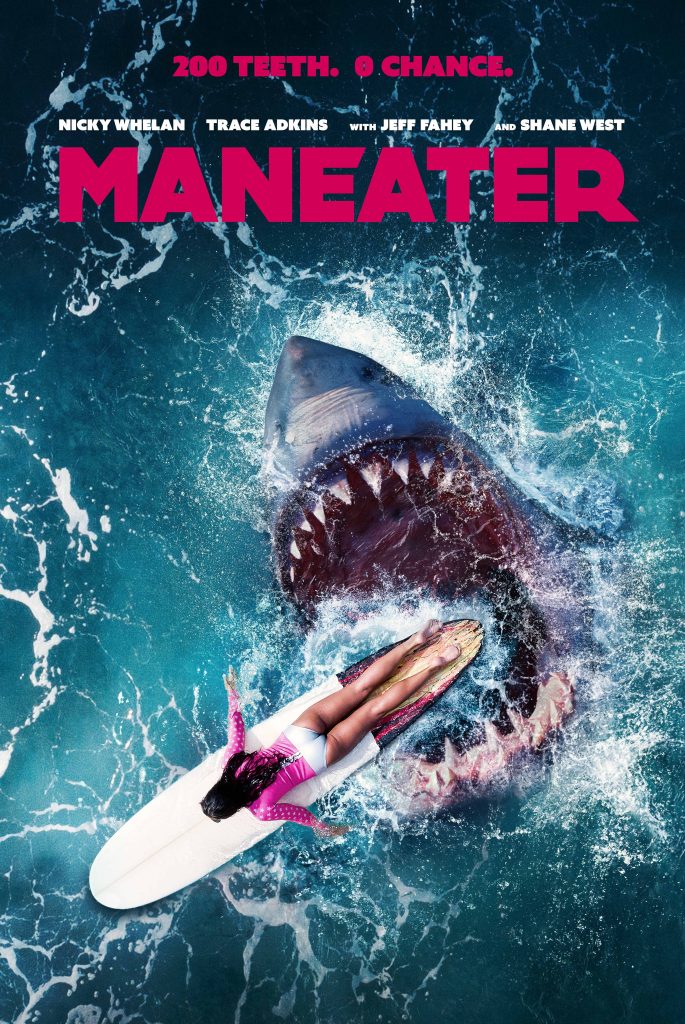