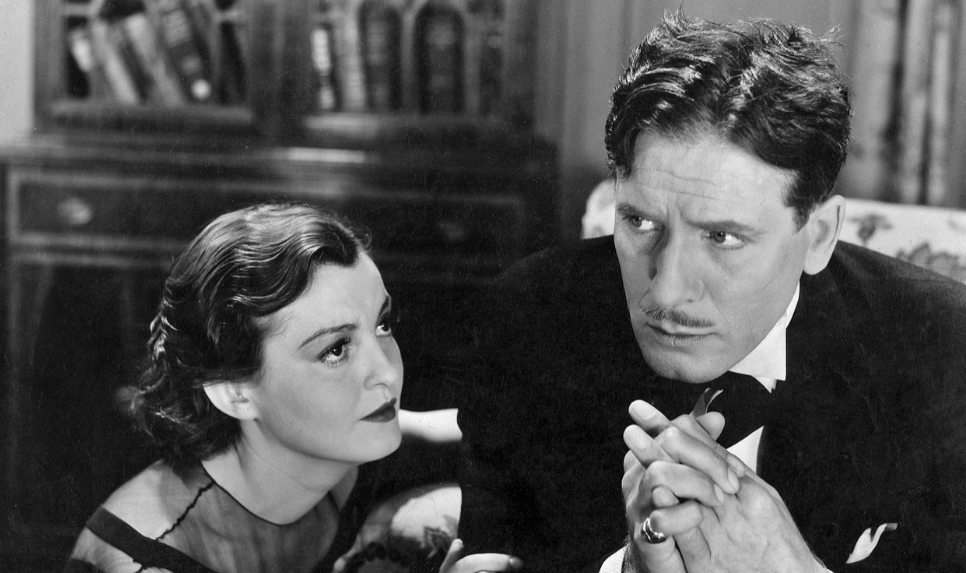 The Film Detective (TFD), a leading classic media streaming network and film archive that restores and distributes classic films for today’s cord-cutters, is proud to announce The Sin of Nora Moran (1933) will be available to audiences this summer on DVD and in a special, limited-edition Blu-ray collectible (only 1,500 available).

The Poverty Row, Pre-Code marvel that stunned audiences when released in 1933 stars Zita Johann as Nora Moran, a young woman sentenced to death for a murder she did not commit. Awaiting her sentence, Nora explores the patterns of her life in a dream-like haze, including the dark secret that could change not only her own fate, but the fate of those she holds most dear.

Directed by Phil Goldstone, The Sin of Nora Moran masterfully utilizes flashbacks, dreams and hallucinations to tell the tale of fateful doom, true to the thematic style of the Pre-Code era.

A star of stage and screen, Johann was fresh from performances in Boris Karloff’s The Mummy (1932) and Edward G. Robinson’s Tiger Shark (1932) before delivering a haunting performance as Nora Moran. Also starring John Miljan, Alan Dinehart and Paul Cavanagh, as the many surrounding Nora Moran who play a part in sealing her fate.

To promote the release, TFD is holding a Willy Wonka-esque promotion, with one gold certificate sealed in one of the limited-edition Blu-rays. The winning ticket holder will receive a framed, 27” x 41”, hand-pulled lithograph of the film’s original poster by painter Alberto Vargas [pictured left], deemed one of the most iconic posters in film history. Printed on Coventry 100% cotton archival paper with the finest quality archival ink using a rare, antique German Dufa printing press, by Society Ltd. (1999), the poster comes with a certificate of authenticity.

Packaged in in a sleek, black case—with elements from the film’s original poster—this spellbinding crime drama will be released with a stunning, new, 4K restoration of the film from the original 35mm camera negative. The DVD is presented in Dolby Stereo and the Blu-ray in DTS, a restored, duel mono original. Aspect ratio is 1.37 pillar boxed.  Commented Sam Sherman, film producer and an heir to Johann’s estate, “A superior restoration of The Sin of Nora Moran in an elaborate, deluxe presentation.”

SPECIAL FEATURES: Narrated by film historian and producer Samuel M. Sherman, an original documentary where Johann’s illustrious career takes center stage from Daniel Griffith at Ballyhoo Motion Pictures; the Blu-ray includes English subtitles and the DVD closed captioning for the hearing impaired; and (Blu-ray edition only) an exclusive collector’s booklet with commentary on the production of and response to the film.

The Sin of Nora Moran will be available for purchase July 29 on DVD ($19.99) and in a collectible limited-edition Blu-ray ($24.99). With only 1,500 Blu-ray editions available, fans can reserve a copy by pre-ordering now at: https://www.thefilmdetective.com/the-sin-of-nora-mora

The Sin of Nora Moran release is in collaboration with Sam Sherman and the Independent-International Pictures team and the UCLA Film and Television Archive.