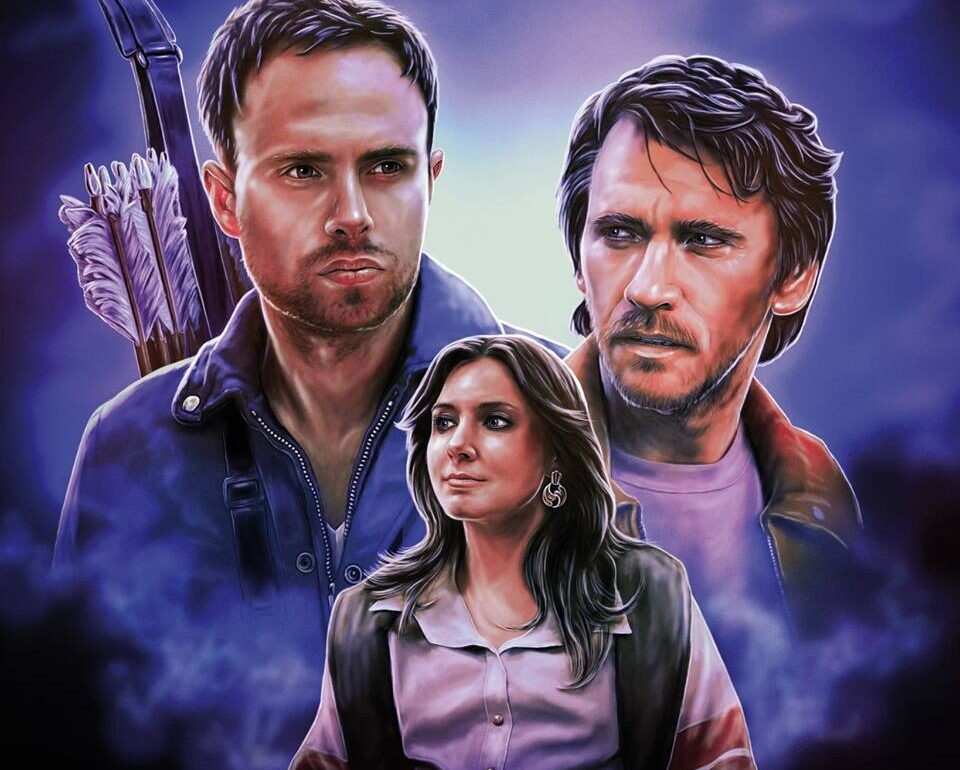 The Shade Shepherd is one of the most unique pictures of the year with a nice visual style, great 80’s synth score and solid performances from our leads. If you’re looking for something low-key and different then seek it out when it is released.

Plot: In the late 80s, a psychiatrist leads his junkie older brother towards the Canadian border to escape a murder charge.

Review: One of the great advantages of running a movie website is sometimes you are given access to films that may otherwise go under your radar; The Shade Shepherd is one such movie which I didn’t really know anything about but it turned out to be a wonderful surprise. When I read the synopsis I was expecting it to be a grim tale with a downbeat story as the subject matter sounds very dark but it was the total opposite. The Shade Shepherd managed to be unlike anything I’d seen before which was moving, uplifting and unpredictable.

Our two leads are brothers Jack Ables (Jordan Hodges) and Pike Ables (Randy Spence) who embark on an adventure when Jack claims Pike possibly killed someone in a bar fight the night before but Pike has no recollection as he was apparently high as a kite and blacked out. So Jack leaves his pregnant wife behind (as any honourable man would do) and tries to lead his brother towards the Canadian border for a new life. This immediately made me not like Jack as a character as leaving your pregnant wife to manage on her own while you are off with your brother seems like kind of a dick move especially considering he didn’t seem all that enthusiastic about becoming a dad but that’s really what the movie is about- the journey for both of these characters.

I really must stress that this has one of the best opening credit sequences I’ve seen to any recent movie; it’s set in the 80’s so we get some amazing neon visuals accompanied by a synthwave score which was obviously my favourite aspect of the movie.

Both Hodges and Spence are believable as two brothers who are trying to overcome the odds and escape their own demons with Spence in particular really looking the part as a junkie who blames himself for the death of the love of his life. It has heart, several memorable scenes and one of the most unexpected and genuinely feelgood endings I’ve seen in a long time.

I see Chris Faulisi having a bright future as a filmmaker as he has an excellent visual style and can make a movie look good even if it doesn’t have a huge budget. My only question is (and it’s because I’m not the sharpest tool in the box) is that I have no clue what the film’s title actually means; I get the shepherd part but Shade Shepherd?

Overall, The Shade Shepherd should be watched by as large an audience as possible as it has a engaging and unpredictable story, interesting leads who are far from one note characters and an almost euphoric ending which will leave you with a smile on your face.