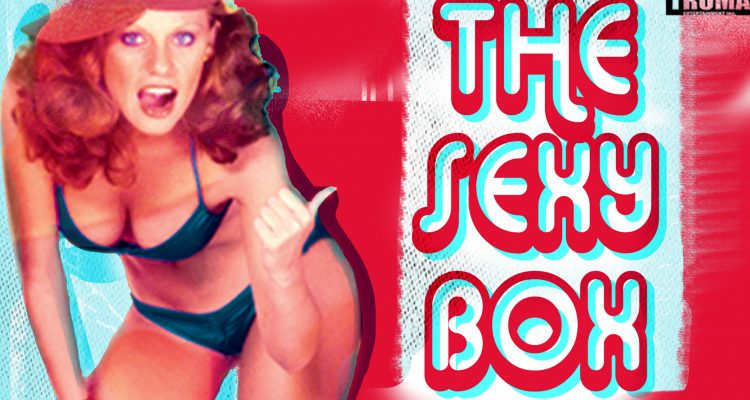 A fun collection of three early Troma comedies … All three are entertaining and predate the out of control excesses of what Troma became known for. These films are all presented in widescreen high definition for the first time.

A group at camp gets caved in, and they use the time to relate to the others how their “first time” went down.

At camp Big Tee-Pee, the counselors are just as horny as the kids, and while on a little nature walk a group of teenagers and their female counselor get caught in a rockslide and get stuck in a cave. The kids and their counselor get bored while waiting to be rescued and to pass the time they recount their first sexual experience, no holds barred. “Stud” (Michael Sanville) hypes up his first time by over glorifying everything (he fell for a hooker with a heart of gold, but tried to impress a friend by bringing him to her house, which all but killed his chances with her), while the fat slob of the group Henry Putz (Googy Gress) tells a story of how he accidentally saved a gorgeous girl from being mugged and raped, and as thanks she gave him her body back at her lavish mansion. Other stories involve meeting Penthouse Pets (Sheila Kennedy, a real Penthouse Pet makes an appearance), while others out top each other for outrageousness. Meanwhile at camp, the typical shenanigans ensue with gross-out gags, mumbo jumbo involving the closing down of the camp, and the crazy kids doing activities that would normally result in death or incarceration. Back at the cave, the kids and their counselor realize they might never get out, and eventually confess that they’re all virgins, and so they have an all-out orgy to commemorate the experience.

From Troma, The First Turn-On! is shockingly sexy and should raise a few eyebrows, and anyone who’s ever told a fib about their “first turn-on” has a good chance of relating. The cast is mostly made up of unknowns (which actually works to the film’s benefit), but watch quick for a young Vincent D’Onofrio in a small part as one of the wacky kids in the camp. Out of all teen sex coming of age movies to come out in the ’80s, this one ranks high. Directed by Michael Herz and Lloyd Kaufman.

An unmarried couple goes to see a judge about Palimony, and the judge turns out to be the angel Gabriel, who does his best to keep the couple together.

Carol (the very appealing Virginia Penta who never made another movie) is a highly educated young woman working at a law office when chicken farm and egg assembly line worker Bill (Mark Mikulski) shows up in her office and creates chaos when he accidentally delivers a ton of live chickens to the workers, despite the fact that they ordered fried chicken. It’s not exactly the “meet cute” situation most couples hope for, but they hit it off despite their differences and before long they’re in love and sharing a house together. Bill’s mom expects grandkids, but these two young lovers are in no hurry to settle down, which gives them plenty of time to grow to hate each other and break up, eventually seeing a judge for a palimony suit. The judge turns out to be the angel Gabriel (played by Irwin Corey) who has been tasked by heaven to keep these two lovers together, and so he sends them on a time and history lesson that goes all the way back to the Stone Age where they get a look at relationships down through the ages. They visit King Arthur’s time and get a glimpse at the Dark Ages too, which I suppose is to scare them into staying together, and after a whole slew of misadventures, Bill and Carol stay together despite their best efforts not to.

Cute and crude in equal measure, Stuck on You is a delightfully stupid romantic comedy, but thanks to very appealing leads and a consistently sexy vibe, the movie works. It’s undeniably a Troma movie with nonstop gross-out gags, sexual pranks, nudity, and an onslaught of spoofery, but I was engaged with it and it made me feel good, so what more can you ask for? It’s a shame the two leads didn’t go on to do anything else because they’re fun to watch in this movie. Lloyd Kaufman and Michael Herz directed it.

An out of work actress takes a job at a very busy cafe where she aspires to get the role of a lifetime: Joan of Arc in a live production.

Andrea (Carol Drake) is a very spirited young actress, on the cusp of never being discovered after a string of horrendous auditions. Desperate to be discovered, she takes a waitressing job at a hopping cafe at the center of the city. Her boyfriend is the manager and the place is always in the midst of complete and utter chaos in the kitchen with a deranged chef, bored fry cooks, and an assortment of maniacs only too happy to experiment with the patrons’ food orders. You want fillet of sole? You might get a shoe covered in steak sauce. Andrea’s fellow waitresses include a beautiful young author named Jennifer (Carol Baker) tasked with researching what it takes to find your true love in the big city for a teen magazine, and a spunky young heartthrob named Lindsey (Renata Hickey), whose father owns the restaurant. Nobody wants to be working at the cafe, and everyone gets into the biggest misadventures of their lives (Jennifer attracts stalkers and creeps all across the city because all the men she tries interviewing think she’s coming on to them, for example), but what sticks to the wall for Andrea is that when she gets wind of a production of Joan of Arc coming soon, she makes it her undying mission to land an audition for the part. What that means is literally transforming herself into Joan by wearing a suit of armor, speaking in Shakespearian twang, stealing a policeman’s horse, and hounding the producer for the chance to prove her mettle … talk about method acting! This girl is crazy!

An irreverent comedy with a vomitorium of food excess, sex gags, nudity, and physical slapstick, Troma’s early foray into exploitation comedy Waitress! is surprisingly sweet and good natured for such a gonzo attempt to elicit a laugh. This movie really sets the template for the formula that Troma would later follow, but only expound and exploit later on: It has all the glop, silly humor, and potty gags that would become more disgusting and explicit in the later efforts, but somehow in this movie none of it is meant to offend. It’s still somehow innocent and fun at this stage, and so I’d recommend Troma founders Lloyd Kaufman and Michael Herz take a look at their older films again to find a return to innocence and scale their current excesses back a great deal. Somehow, despite all its goofiness and over the top nonsense, Waitress! is a relatable little movie, and I couldn’t help but find myself engaged with it on a level of, say, one of the better Police Academy movies.

Troma’s three-disc box set The Sexy Box comes with all three of these remastered and handsomely presented films in one slick collection. Special features include new introductions, photo galleries, commentaries, and more. Recommended. 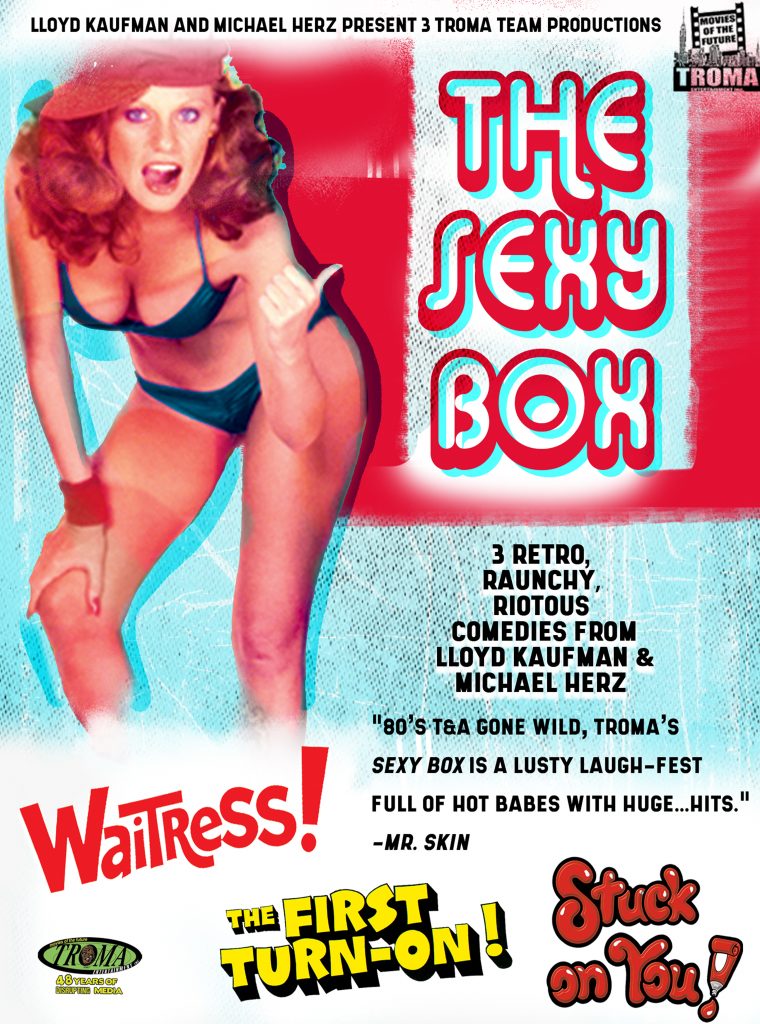