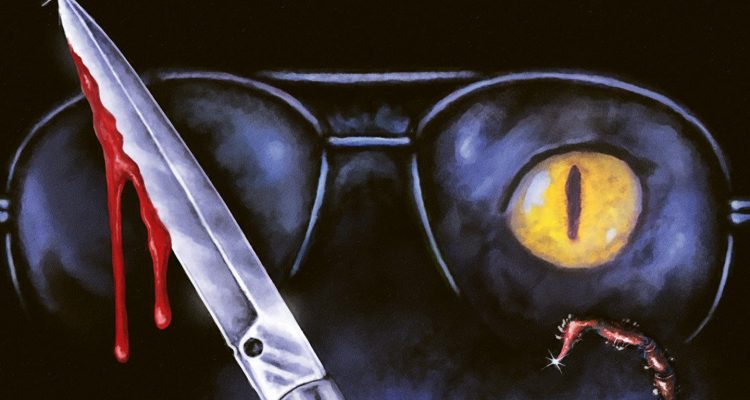 Three previously released giallos by Sergio Martino have been collected by Arrow Video for a top notch box set release.

A young prostitute is found brutally killed and is up to detective Germi (Claudio Cassinelli) the investigation of the case, as the search progress he uncovers a girls trafficking ring with connections to powerful people.

A cop named Paolo (Claudio Cassinelli) goes undercover as a purveyor of the sleazy underbelly of Italy, posing as a john, looking for underage prostitutes so that he can get to the bottom of the slaying of an underage girl who was brutally slain in a scuzzy hotel room. He takes a purse-snatcher as a sidekick, and together they get very close to the realization that a wealthy politico is behind the assassinations of some underage girls who were privy to his identity. When Paolo gets too close to the truth, the psychotic assassin comes after him, leading to some hair-raising thrills and car chases.

A nice melding of the giallo (slasher) and poliziotteschi (cop thriller) genres, Sergio Martino’s The Suspicious Death of a Minor is a breeze of a film, with all the trappings of both genres. A borderline action film with stalker/slasher undertones, it feels like a Charles Bronson film during Bronson’s heyday. Martino’s penchant for sleaze and style is on display, and star Cassinelli scores big in his Columbo-esque portrayal of the tough detective.

Arrow Video’s edition of The Suspicious Death of a Minor is superlative and the transfer is a newly restored 2K-quality presentation. With a reversible sleeve artwork, and some choice special features, including a new audio commentary and new interviews, this is a sweet package for fans of Italian genre cinema.

Oliviero is a burned-out writer, living at his estate near Venice, his dead mother dominating his imagination. When a young woman is murdered, police suspect Oliviero. Things get complicated when his young, beautiful, and self-confident niece, Floriana, pays an unexpected visit.

Bored and complacent, part time author and full-time libertine Oliviero (Luigi Pistilli) hosts drunken orgies at his mansion, and consistently degrades his wife (Anita Strindberg), whose sanity starts to crack with all the embarrassment. The day after one of his debauched parties, one of his young lovers is found brutally murdered. The police come and ask questions. Oliviero doesn’t have a great alibi. The following night, Oliviero’s housemaid is murdered by the same weapon – a scythe. And then Oliviero’s beautiful niece (who’s very sexually promiscuous) comes to stay with him, prompting tension in an already rocky marriage. When other women are found murdered, it seems apparent that Oliviero is to blame …

From director Sergio Martino, Your Vice is a Locked Room and Only I Have the Key (it’s a mouthful) is loosely based on the Edgar Allan Poe story “The Black Cat,” and the climax is right out of the original story. Filled with vivid kill scenes with convincing gore effects, stylish sexuality (with plenty of nudity and homoerotic material), and an effective mystery, the film fits right in with the giallos of its era. It doesn’t change the face of the genre, but it should make fans of these Italian slashers pretty happy.

Previously released onto DVD by No Shame, Your Vice is a Locked Room and Only I Have the Key is presented by Arrow Video in a nicely packaged edition. The 2K transfer looks and sounds excellent, and the special features include brand new interviews with Martino, the screenwriter, and one of the co-stars, as well as a visual essay, and more, including an appreciation of the film by Eli Roth. Reversible artwork, with newly commissioned art, as well as the original artwork is also included.

The Case of the Scorpion’s Tail begins with the mysterious death of a millionaire and spirals into the murder of his suddenly rich wife, which draws the attention of a dogged investigator, who follows a trail of blood to the bitter end.

An attractive adulterer named Lisa Baumer (Evelyn Stewart) is informed that her husband was killed in a commercial airliner plane crash, and that her husband’s life insurance will pay her a million dollars. It doesn’t take long for seedy characters to dog her at every turn: First comes a blackmailer who extorts her for cash over a letter she wrote claiming that she wanted her husband dead. Next comes her husband’s mistress, who wants half of the money, insisting that her husband was going to switch her to the beneficiary. Lisa is also hounded by the police and the insurance investigator Peter Lynch (George Hilton), who believes she’s hiding something. When Lisa is (spoiler!) brutally murdered and robbed of her million bucks in her hotel room in Greece, the police have plenty of suspects, but the murders pile up, all somehow connected to Lisa and her dead husband. Peter teams up with a sultry news reporter named Cleo (Anita Strindberg) to get to the bottom of the murders and perhaps find the stash of cash, but with the killer on their tails, the mystery is going to get intense!

A globe trotting giallo from director Sergio Martino, who was a real pro at these types of films, The Case of the Scorpion’s Tail holds water as a thriller and as a horror slasher, with some real doozy kills, particularly the first one and a little later with an eye-gouging scene that had me wincing. The film amps up the sexuality and the exotic locations, which both give the movie some seasoning, and the movie actually made some sense to me. Quite often these giallos confuse me with overly complicated plots, but this one was an easy one to follow.

Arrow Video’s new Blu-ray of this title is presented in a new 2K restoration, with new interviews, a commentary, featurettes, trailers, and an insert booklet with essays, plus newly commissioned artwork for the sleeve, which is reversible. 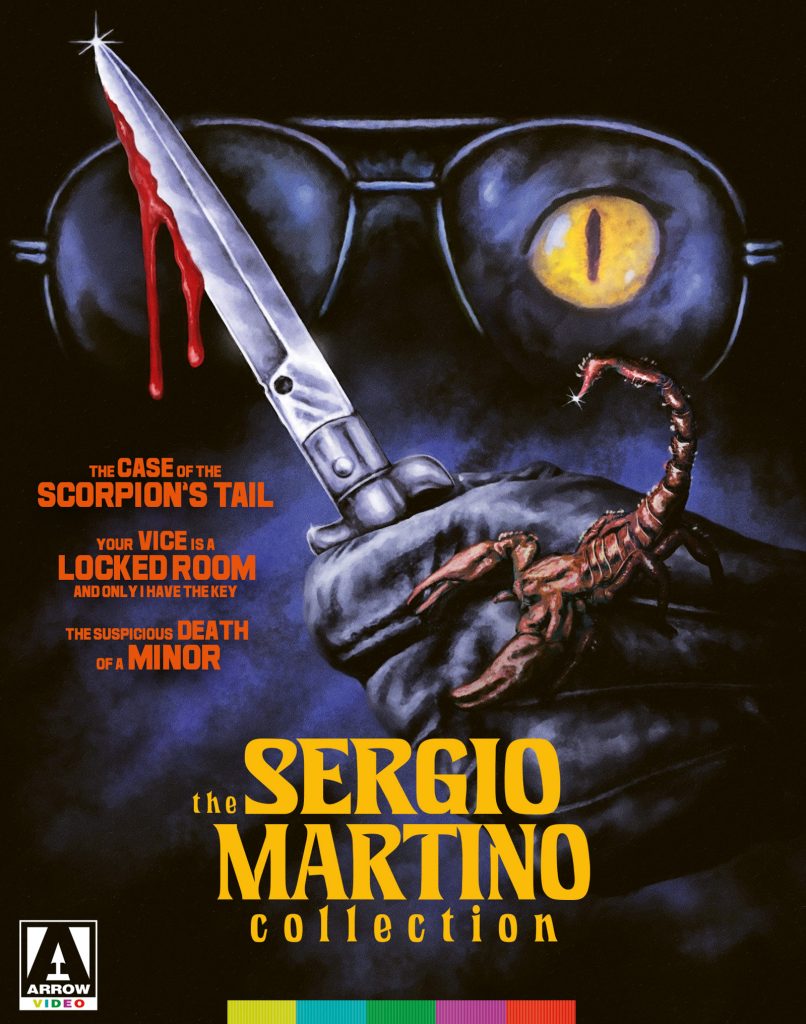