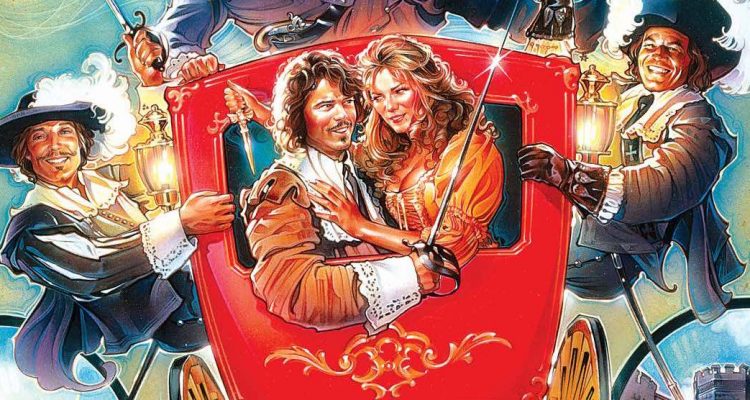 The Return of the Musketeers (1989) Kino Lorber Blu-ray Review

A nice attempt to rekindle the old magic, The Return of the Musketeers has some good stuff going for it, and the gang, plus Cattrall, is up to the task.

After a long hiatus and going separate ways, the Musketeers reunite for one last adventure.

20 years after the events of The Four Musketeers, Milady de Winter’s bastard daughter Justine (an engaging Kim Cattrall) seeks revenge on the Four Musketeers who had her mother executed. With training as an assassin, thanks to employment from Oliver Cromwell, Justine beelines it for the old, sodded warriors, who have no idea that a shark has set her sites on them. Athos (Oliver Reed) has adopted a son, who has turned out to be a formidable swordsman named Raoul (C. Thomas Howell), D’Artagnan (Michael York) is still under the occasional employ of the Queen (Geraldine Chaplin), Porthos (Frank Finlay) has become a soft aristocrat, and Aramis (Richard Chamberlain) has tried and failed at becoming a priest. The old friends unite once again when Justine has targeted them, using her father Rouchefort (Christopher Lee) as a source of information. The usual slip and slide antics ensues.

A nice attempt to rekindle the old magic, The Return of the Musketeers has some good stuff going for it, and the gang, plus Cattrall, is up to the task. An inconclusive non-ending that was quickly put together after an on-set tragedy (co-star Roy Kinnear died after a horse riding accident) ruins what might have been a really fun time. Richard Lester directed. La Femme Musketeer with York as D’Artagnan followed.

Kino Lorber finally releases The Return of the Musketeers on high definition, after Universal did a half-assed job doing a DVD on demand edition some years ago. I’m happy to have this one on Blu-ray, but here’s hoping they’ll also release the first two as well. Also included on the disc is a new audio commentary by a film historian, plus an image gallery and the trailer. 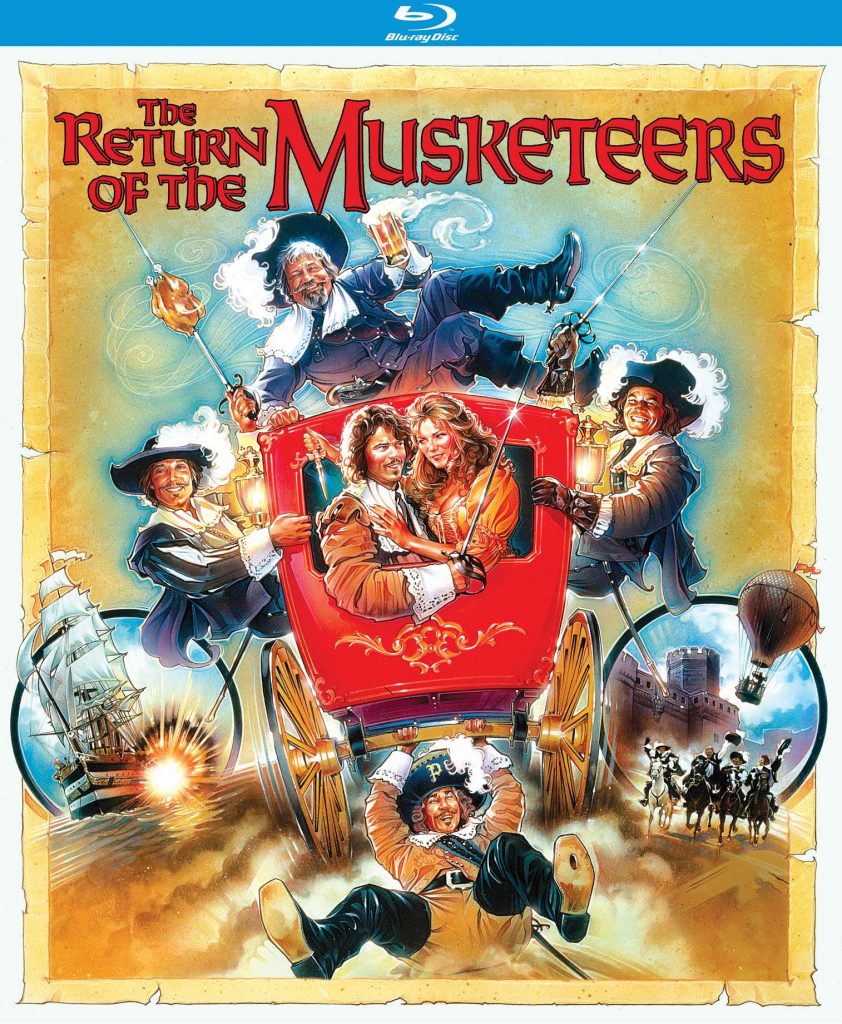