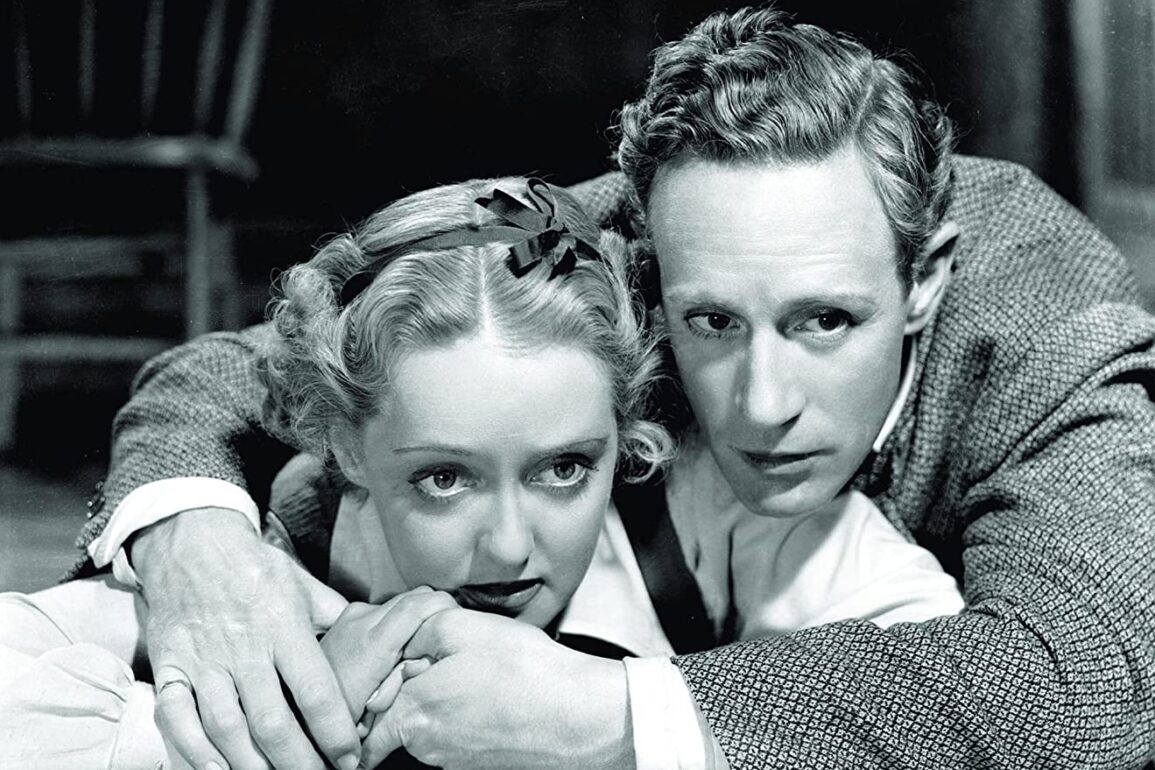 The Petrified Forest is buoyed by Humphrey Bogart’s breakout performance; otherwise, there is nothing to recommend unless you’re a fan of heavy melodramas.

Plot: A group of people are held hostage at a café at the edge of the Petrified Forest in Arizona by a desperate criminal (Humphrey Bogart) and his men.

Review: Being a fan of Humphrey Bogart (I own quite a few of his films), I was looking forward to this viewing this movie, as it was hailed as his breakout role. However, despite Bogart’s undeniable brilliance in the part of dangerous criminal Dutch Mantee, he is the only real good aspect of this movie.

Bogart has excellent presence in any role, even if it’s small, and even though he doesn’t show up until about halfway through the picture, the film immediately picks up as soon as he enters the story. His movements, taken from his studying of the infamous gangster John Dillinger, are precise and menacingly. Bogart doesn’t make a move or take a breath without thought and inflection, and it’s a treat to watch him in the role.

As for the rest of the cast, they are competent, though not particularly lively. Leslie Howard, as the wayward ex-writer, is charming, though he doesn’t have much to work with.  Bette Davis doesn’t have much to do either, other than to speak longingly about going to France and making doe eyes at Howard. Everyone else is stock characters, from the world-weary father who still completes his duty, even though he has lost reason why to the wealthy motorist who has fallen out of love with his wife. It’s all pedestrian and doesn’t add much.

The story plods along, seemingly trying to emulate the desolate setting. Not much happens for most of the movie, other than Leslie Howard and Bette Davis falling in love. Things get tense when Bogart shows up, but the film is committed to wrapping up the soap opera melodrama it established before his arrival, making his performance irrelevant in the overall picture. By the end of the movie, I felt like I had watched a season of Days of Our Lives, and while there is definitely an audience for that sort of fare, I’m not one of them.

There’s absolutely nothing else to say about this movie.  It’s bland, boring and visually uninteresting. See this if you’re curious about the role that broke Bogart out into a megastar. Otherwise, don’t waste your time on this melodramatic bore.