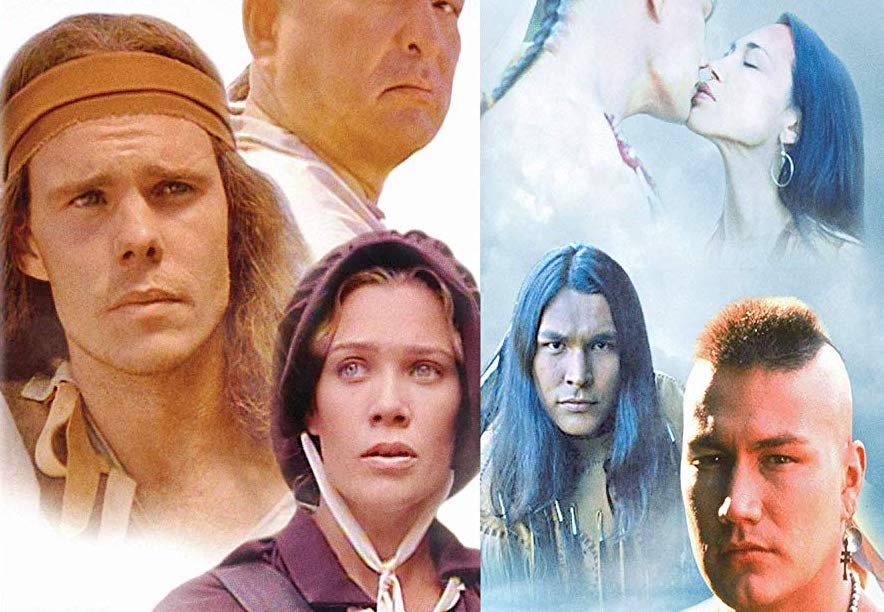 While THE PATHFINDER is pretty terrible, THE SONG OF HIAWATHA is well worth checking out.

This adventure follows a mid-18th-century British scout through the wilderness on a mission to sneak into a French fortress.

A white man raised as a Mohican brave named Pathfinder (a.k.a. Hawkeye, played by Kevin Dillon) and his adopted father Chingachgook (Graham Green) are hired to lead a beautiful young British woman named Mabel (Laurie Holden) and several others through the wilderness to a British stronghold in the middle of the French and Indian War. A French general (played by Stacey Keach) has a spy on the British side, which is leading to all sorts of casualties and complications, and so Pathfinder and his father must navigate a treacherous landscape whilst trying to keep the young woman safe so that she can return to her father, a British officer. Once they get there, they are tasked with taking a battalion to a French fortress, but the spy in the midst quite nearly gets them all killed when he tips the French off to their plan, resulting in a bloody skirmish that has Pathfinder and his father doing everything they can to save what’s left of the British soldiers and complete their mission.

A made for the Hallmark Channel follow-up to James Fenimore Cooper’s The Last of the Mohicans, The Pathfinder is a glaring misfire when you measure it up to Michael Mann’s film from 1992, despite having a co-starring role by Russell Means, who played Chingachgook in the other film. The adaptation this time around does not lend itself properly to the small screen, and with its thrifty production values and terrible (TERRIBLE!) music score, the movie fails almost completely to immerse the viewer in Cooper’s literary adventure. You can’t blame the good cast, but you can perhaps cast some blame on the director Donald Shebib, who clearly couldn’t deliver on the promise of another great Hawkeye story.

The Song of Hiawatha Plot:

The legendary Ojibwa Chief is sent by the great spirit to lead his people.

A priest (David Strathairn), a fur trapper (Michael Rooker), and their Native guide (Graham Greene) traverse a river on a canoe in search of a famous Indian chief named Hiawatha (Litefoot), whose exploits have become legendary even in his own time. They find his settlement and ask for the great Hiawatha so that they may hear of his tales, but instead they find his grandmother, who bides time with the seekers and begins to recount the song of Hiawatha. As she tells the story, we see young Hiawatha going on a quest to find his father (Russell Means), who lives in the in-between world where his spirit waits for his son to come find him, and when they battle for the honor of Hiawatha’s mother, his father vanishes. Later, Hiawatha becomes the chief of his Ojibway nation – the youngest chief ever – and he makes a friend in a young wanderer (Adam Beach), who leads him to a beautiful Dakota woman named Minnehaha (Irene Bedard), the maiden Hiawatha vows to marry one day. In the ensuing years, Hiawatha steers his nation away from war, despite having a warrior in his nation who continues to insist on needless bloodshed, and Hiawatha also introduces corn to his people. When he’s finally ready to make Minnehaha his wife, he must prove himself to her, and when they marry, her ability to conceive a child is robbed of her in a cruel twist of fate. As we see his legend recounted, those who’ve come to meet the great chief are let in on a profound understanding that none of them are expecting to find out.

A nicely produced and directed made-for-the-Hallmark Channel movie, The Song of Hiawatha is a fantastical dramatic adventure with a great cast. Some of the interludes come and go very quickly (such as when Hiawatha fights a sea creature), but the story is always interesting, and Litefoot does a nice job playing him. At 114 minutes, the movie might feel a little long, but it’s never boring. If you’re into Native American folklore and legends, this one (based on an epic poem by Henry Wadsworth Longfellow) is as good as they come. From director Jeffrey Shore.

Mill Creek has just released a double feature DVD of these two titles, and the package comes with a digital code. 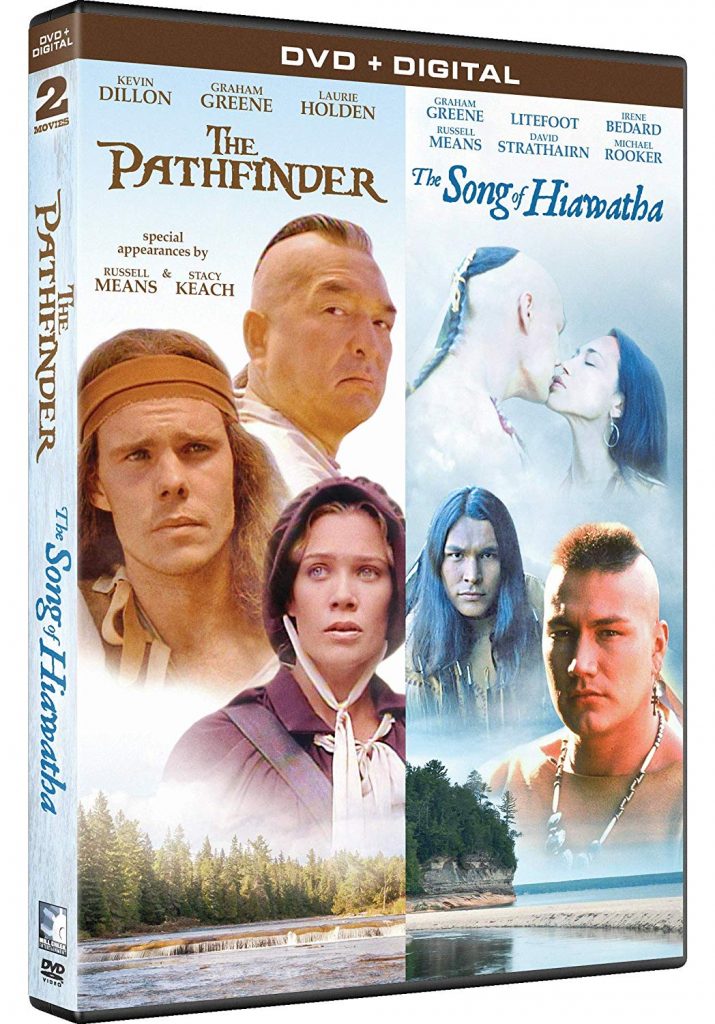