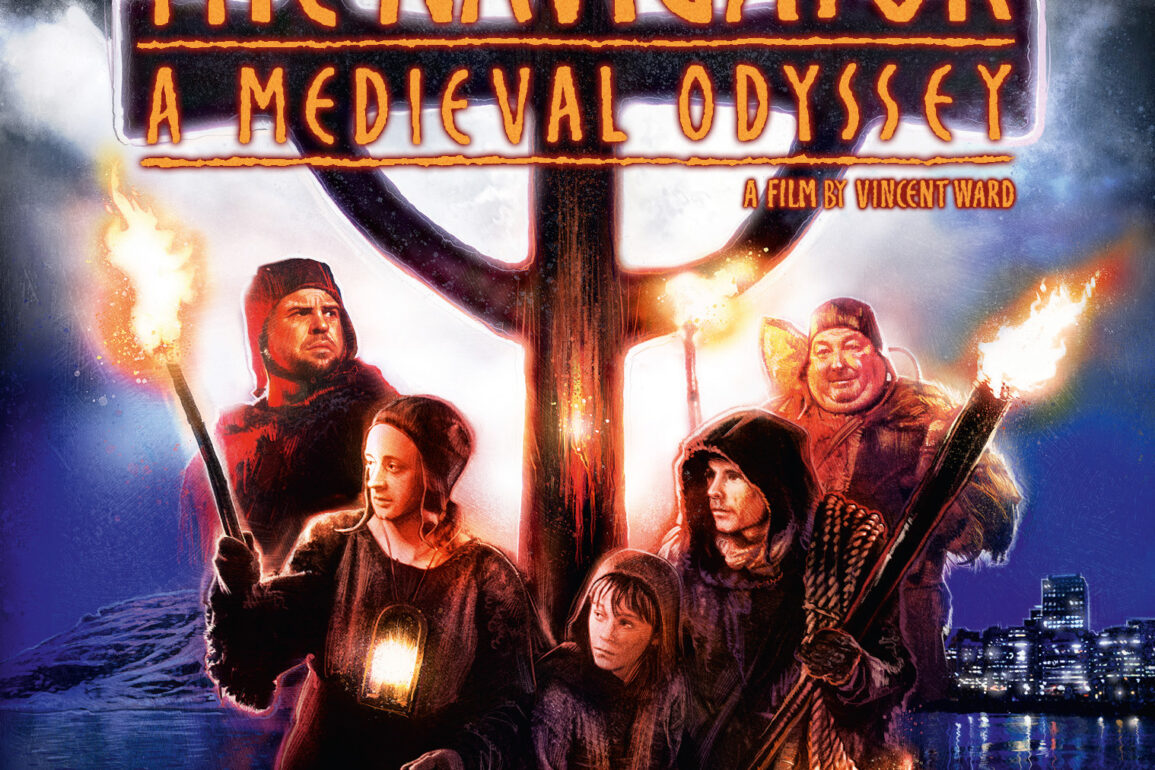 Writer / director Vincent Ward (who did the amazing coming of age film Vigil) crafts an allegory for the ages: A tale of ignorance, faith, transformation, and healing, all told through the eyes of a dreaming child.

Review: The Black Death is sweeping across the world in the 14th century, killing everyone who comes in contact with it. One small holdout – a village of Christians – has thus far evaded the plague, but when their leader returns after months of travelling through the apocalyptic wreckage of the world, he warns them that the death is coming for one and all. A boy of ten or so named Griffin (Hamish McFarlane) has been having vivid colorful dreams of the other side of the world where there is no Black Death, and he convinces his village to let him lead an expedition through a tunnel they create in the earth, with the hope that they will reach the other side. With his fellowship, they cross the world via his dreams, and once they reach their destination, they’ve found themselves in modern-day New Zealand, with a quest in mind: To plant a cross on the spire of the tallest steeple, which would (theoretically) protect them from the Black Death … or so they believe. When their plan backfires, they retreat to their own time, but everything has changed when the plague finds them all. With destiny and history on the precipice, Griffin tells his village the story of his dreams, leaving out no detail, and with the telling, comes the miracle.

Writer / director Vincent Ward (who did the amazing coming of age film Vigil) crafts an allegory for the ages: A tale of ignorance, faith, transformation, and healing, all told through the eyes of a dreaming child. This is better than Terry Gilliam’s Time Bandits, more interesting than anything else that might be considered similar, simply because it’s unlike anything else. It has a nightmarish dream logic to it, with powerful visuals, a gentle and poetic nature, and a hypnotic score that draws you into its otherworldly story. All might not consider it a “coming of age” story, but it certainly is to me. Seek it out.

Arrow Video’s gorgeous new Blu-ray release of this title is the first time it’s presented in high definition. It’s also the first time we’re getting this film in widescreen (1:85:1) in North America. Special features include a few documentaries, a trailer, and new cover art by Paul Shipper, with the original artwork on the flip-side of the sleeve.