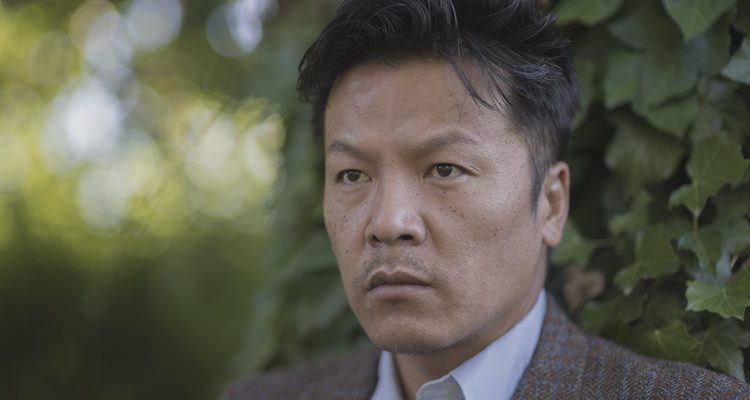 Plot: A Tibetan Refugee in Portland, Oregon for rehabilitation from political torture embarks on a journey of healing with Rosie, a curious and confused 16-year-old girl.

“You always ask for it, then complain when you get it.”

Review: Barry Hunt and Nathan Wilson co-direct Sowelu’s 2015 film, The Lower Rooms, written for the stage by Eliza Anderson. Sowelu’s previous effort, 2013’s The Further Adventures of Anse and Bhule, was a post-apocalyptic, tribal affair, but here we are given what appears at first to be a more mundane story and setting, developing into far more symbolism and nuance than expected. A Tibetan refugee (Lobsang Tenzin, The Talk in the Night) enters into a relationship with a single mother (Kelly Tallent, The Further Adventures of Anse and Bhule) and her handful of a teenage daughter Rosie (newcomer Jena San’Cartier), who shows all kinds of curiosity about him and his past, which he occasionally answers throughout the film. While her mother is at work, Rosie prods and pokes at him, occasionally getting hostile about things, a situation exacerbated by her hoodlum boyfriend Benny (Kelly Lambert) and an acquaintance of his (Ty McCalister) who appears to be some kind of thuggish superior. The ensuing events are illustrated in symbolic, colorful fashion, with strong and conflicting emotions manifesting throughout.

Sowelu delivers a repeat performance in developing an intriguing, rich and colorful original storyline, something lacking in many of today’s larger budget productions. The balance in the characters is not as even as in its previous effort, Anse and Bhule, however. The obvious, clear developmental focus is on the relationship between Rosie and Tenzin, as it should be. Tenzin’s calm, cool and collected character offers the Yang to Rosie’s outspoken, overly emotional and occasionally aggravating yet conflicted Yin, so to speak. However, Tallent’s talents are not as pronounced as displayed in her last Sowelu outing, her mother character appearing too basic, naive and weak, given her short screen time in a feature just over 90 minutes, working more as a reinforcement of Tenzin’s attitude more than anything else.

The movie’s “master and apprentice” style antagonists do a very good job of appearing despicable, and Lambert’s Benny shows some reasonable depth and sympathetic motivations within his reluctant heel persona, but McCalister doesn’t get to show much besides “big bad guy” with what he’s given. This movie’s biggest strength is its symbolic use of color and “rooms” as they reflect depth of mood and subconscious, and in those rooms, the characters often appear to play a secondary role to the environment. Scenes and characters transition from pure and naive greens, to more menacing and disturbing crimson, to occasional darkness, and it is this transition and sequence that delivers the most metaphorical impact. The press screener seems to end very abruptly, just when things are getting most interesting with Tenzin’s origin story, and it would have been nice to see that fleshed out more onscreen, not only at the end, but throughout the movie. While this movie has its highs and lows, both in terms of the story’s mood and the overall film itself, its ability to get a mental grip on the viewer is noticeable.

With only a $15,000 Kickstarter budget, The Lower Rooms presents a wealth of metaphorical visuals, focused building of relationships and characters whose resemblance to everyday, real life people manage to hit close to home. For those who contemplate the complexity of life, The Lower Rooms is worth your time and inevitable, additional introspection.

Co-directed by Barry Hunt and Nathan Wilson. Written for the stage by Eliza Anderson.