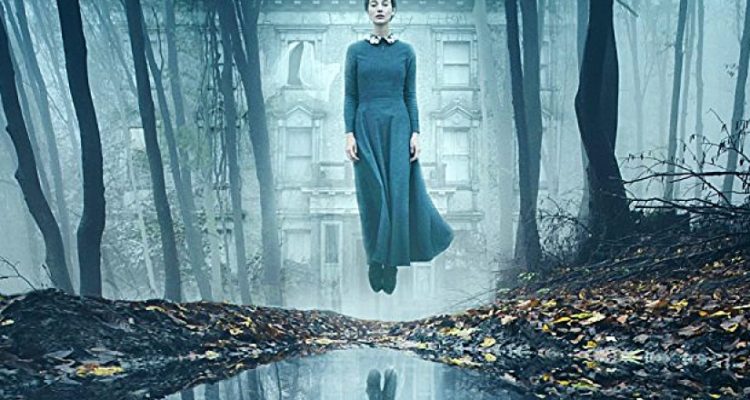 Strange, sexy, and spooky, the film should appeal to fans of Hammer-style horror movies of yore, and it’s rare that a new spook film manages to scare up a good reaction from me, but this one hit all the right buttons for me.

Review: A decrepit mansion placed near a haunting lake houses a pair of sullen twins: beautiful Rachel (Charlotte Vega) and the pale Edward (Bill Milner), who are entirely aware of a curse that plagues them. Their parents – also twins – committed suicide in the nearby lake, as did their twin parents before them, and theirs before them, for generations. Rachel and Edward are bound by this curse, and evil spirits stalk them in the halls after midnight and do not let them leave the house after dark. Edward is resigned to the curse, while Rachel believes they can break it, but in the process, may most certainly be broken by the end of her effort. They receive a rare visitor: their family’s solicitor (David Bradley), who informs them that their estate has dried up and that they are deeply in debt. With no money and no means to catch up on their bills, desperation sets in for the twins, but by happenstance, Rachel meets a newly returned soldier from World War I, who takes a shine to her, but he obviously has no idea what sort of horrors await him should he pursue a romance with her. With the evil spirits pressing in, and with their options dwindling past empty, the twins will need to act quickly before their very lives are claimed by their curse.

An affecting gothic horror film from Ireland, The Lodgers is a winner. With convincing, heart-wrenching performances and a rock solid gloomy mood, it builds to an appropriately grim climax. Strange, sexy, and spooky, the film should appeal to fans of Hammer-style horror movies of yore, and it’s rare that a new spook film manages to scare up a good reaction from me, but this one hit all the right buttons for me. From director Brian O’Malley.

Epic Pictures has just released a pristine looking Blu-ray / DVD combo pack of The LodgersWith a behind the scenes documentary, deleted scenes and trailers – and a host of alternate languages and subtitles, this is a solid bet for a purchase. Pre-orders can be purchased here: