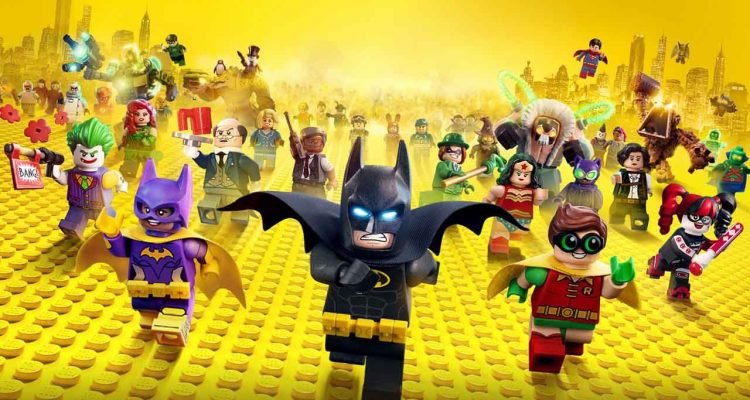 If you’re the type of pussy that thought BVS was “too dark” then The Lego Batman Movie is probably more your speed. It’s pretty funny with some entertaining references and in-jokes but it’s quite forgettable and really only worth watching once.

Plot: There are big changes brewing in Gotham, but if Batman (Will Arnett) wants to save the city from the Joker’s (Zach Galifianakis) hostile takeover, he may have to drop the lone vigilante thing, try to work with others and maybe, just maybe, learn to lighten up. Maybe his superhero sidekick Robin (Michael Cera) and loyal butler Alfred (Ralph Fiennes) can show him a thing or two.

Review: I have to admit I can take or leave these Lego movies so I hadn’t been in a massive rush to watch Lego Batman despite being a massive Batfan. I always find these movies are a bit of an assault on the senses and frankly just an extended commercial to buy Lego products. This movie is no different but it is still entertaining, if not quite as hilarious as it maybe could have been.

It references pretty much every live action Batman movie yet right up to Suicide Squad and BVS but also has some rather obscure Bat villains like Calendar Man and Condiment Man which deserves a tip of the hat. I loved the voice they used for Bane which was a higher pitched version of Tom Hardy’s which was arguably my favourite element; there are so many other villains used too but they only get a matter of seconds screentime and are pushed aside in order to make the next gag.

It’s no wonder director Chris McKay has been chosen for the upcoming Nightwing live action movie though as he is clearly a fan of the comics and characters.

The film lovingly pokes fun at the brooding character of Batman but despite the anarchic (and fun) nature it still feels like a Batman story. It also surprisingly has some heart with scenes of Bruce looking at his dead parent’s photos telling them they would be proud of what he’s become even though he lives an isolated existence (aside from trusty butler Alfred). This is really the main story point; Batman works alone and is scared of gaining another family and losing it again so he keeps everyone at a safe distance. When Dick Grayson and Barbara Gordon come along they are poised to become Bruce’s surrogate family but he isn’t quite ready to make that leap yet.

The Joker just wants Batman to admit that he is his greatest foe but Batsy doesn’t want to so The Joker hatches a scheme to make Batman appreciate their relationship more. Mr. J is voiced by Zach Galifianakis and he does an okay job but he’s no Mark Hamill and didn’t make much of an impression.

Will Arnett is very entertaining as Batman/Bruce Wayne and I love his Bat-voice which really works well. The supporting cast also try their best in standing out through all the epilepsy inducing madness.

It’s around an hour and 45 minutes long and it just kept my interest for the entire running time but to be honest I think I’m older than the target audience so I’m probably being overly critical.

Overall, if you’re the type of pussy that thought BVS was “too dark” then The Lego Batman Movie is probably more your speed. It’s pretty funny with some entertaining references and in-jokes but it’s quite forgettable and really only worth watching once.