From director Robert Aldrich, The Last Sunset is an extremely solid American western, with a great script by Dalton Trumbo that provides rich characterizations and a level of Greek tragedy that frames it.

An outlaw and the lawman that wants to hang him team up on a cattle drive, but must settle their score once they make it from Mexico to Texas.

Charming outlaw and murderer Brendan O’Malley (Kirk Douglas) makes his way to Mexico where he know he’ll find a former flame of his, the beautiful Belle (Dorothy Malone), who was only a teenager when she fell for O’Malley. Now married to a cattle rancher named John (Joseph Cotton) and with an almost-grown daughter named Missy (Carol Lynley), Belle sees O’Malley as a threat, but when John hires him on to help drive a herd of cattle to Texas, O’Malley agrees, if only to cozy up to Belle. The big surprise is when an intrepid lawman named Stribling (Rock Hudson) comes to capture O’Malley over a killing he committed, but instead of arresting him, Stribling agrees to lead the cattle drive alongside O’Malley to keep track of him as they make their way across the border. Along the way, John is killed in a drunken misunderstanding at a bar, and O’Malley and Stribling have to protect Belle and her daughter Missy as they move the herd across precarious land, filled with brigands, thieves, and potential rapists and slave traders. During the trek (which takes weeks), Stribling and Belle fall in love, which infuriates O’Malley, but much to his surprise young Missy – who’s the spitting image of her mother at that age – falls head over heels in love with O’Malley, who intends on marrying her after the cattle drive is over … if only he can shake or kill Stribling, whose stubborn intent to have him hanged as soon as they cross the border is a constant reminder of impending doom.

From director Robert Aldrich, The Last Sunset is an extremely solid American western, with a great script by Dalton Trumbo that provides rich characterizations and a level of Greek tragedy that frames it. Douglas shines in the film, and Malone and Lynley are also quite infectious. The score by Ernest Gold is superb, and the cinematography by Ernest Laszlo is outstanding.

Kino Lorber has just released a new Blu-ray of The Last Sunset that features a brand new 2K master that sparkles. An audio commentary by a film critic is included, as well as the theatrical trailer. 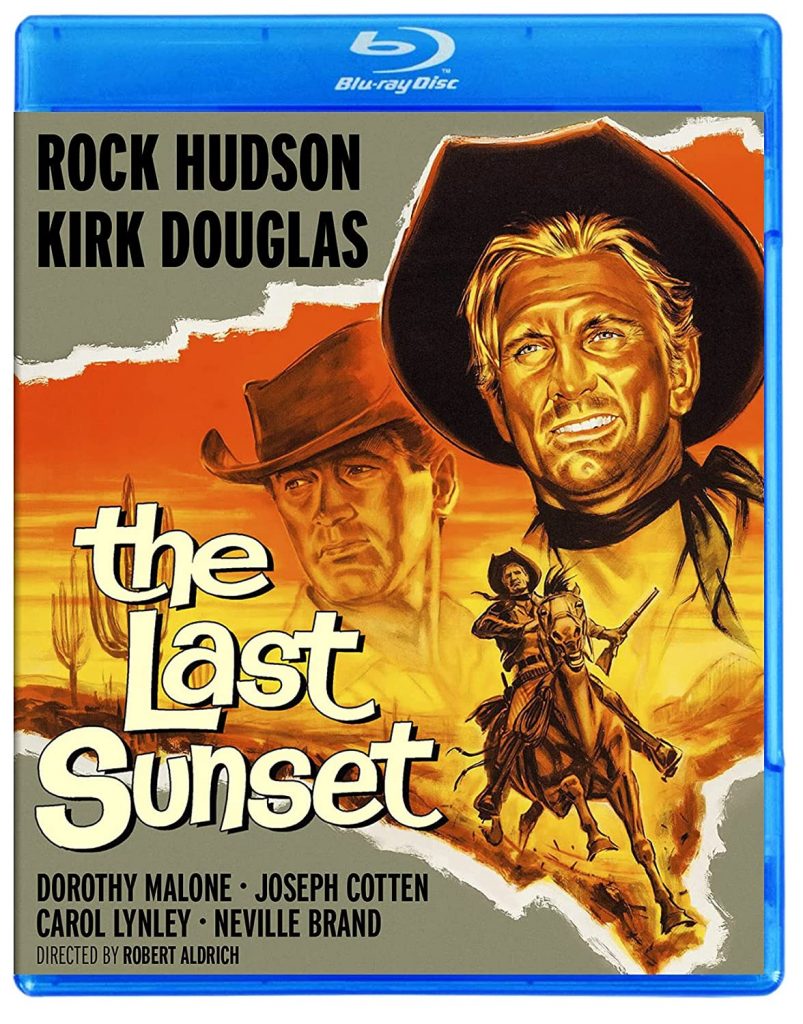