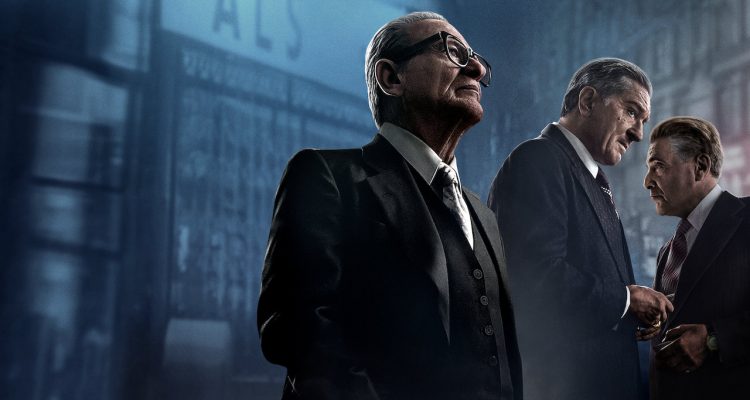 The Irishman has been worth waiting for and is a welcome return to Scorsese’s genre where nobody does it better. The cast are electrifying, the performances top notch and even though it may be excessively long it’s a movie that’s hard to stop thinking about after viewing and is arguably the best picture of the year.

Plot: In the 1950s, truck driver Frank Sheeran gets involved with Russell Bufalino and his Pennsylvania crime family. As Sheeran climbs the ranks to become a top hit man, he also goes to work for Jimmy Hoffa — a powerful Teamster tied to organized crime.

Review: Within the first few seconds of The Irishman you know you’re watching a Martin Scorsese picture; from the tracking shot, to the religious symbols and old-fashioned music we are immediately transported back into the world of Goodfellas and Casino. I’ve missed Marty’s gangster epics as nobody really does it better (aside from maybe The Godfather) and seeing all these icons like Al Pacino, Robert De Niro, Joe Pesci and Harvey Keitel sharing the screen once again is a joy to behold.

As you will expect the performances are incredible with De Niro in his best role since Heat. His character Frank Sheeran (The Irishman) is understated and controlled where no one knows what he’s thinking but he is loyal to his friends and regularly “paints houses” for them without question. He befriends Jimmy Hoffa (Pacino) and it’s the beginning of a friendship that would last for years but as anyone who knows their history things do not end well.

Al Pacino keeps his shoutiness to a minimum (although there are a few moments) but seeing him and De Niro on screen together again has been worth the wait and it’s impossible to take your eyes off them. Hoffa is shown to be his own worst enemy and kept defying the mob where you want him to just walk away as you know he is tempting fate.

Joe Pesci plays Russell Bufalino but he is a quieter character than the likes of Tommy DeVito from Goodfellas. He pulls strings for people and doesn’t shout or scream but isn’t to be disrespected and I love seeing him in this kind of unpredictable role.

Harvey Keitel doesn’t have a huge part but he manages to steal every scene he is in and one moment has him and Pesci interrogating De Niro about blowing up a competitor and they have rarely been more intimidating.

Scorsese once again proves what a masterful filmmaker he is with some stunning camera work, an electric script, shocking (but not too bad) violence and a story that manages to keep you engaged despite the long runtime. At 3 and a half hours it may be too much for some tastes but I managed it in one sitting and haven’t been able to stop thinking about it since. The melancholy atmosphere (especially in the second half) gives a different tone to Goodfellas and Casino and it’s all about the consequences of your actions and how you deal with them.

I wasn’t entirely convinced about the de-aging which I found distracting for the first half of the movie; it’s something about the eyes and some shots looked a little too unnatural but when the characters reach middle age it’s less of a problem.

I loved seeing my favourite Comedian Sebastian Maniscalco as Joseph ‘Crazy Joe’ Gallo who has a brief but pivotal role and I hope to see him in more movies in the future as he has real presence.

Overall, The Irishman is pure cinema and Scorsese fans will eat up every second with a phenomenal cast at the top of their game and a story that keeps you engaged throughout the long runtime. One of the year’s best movies.