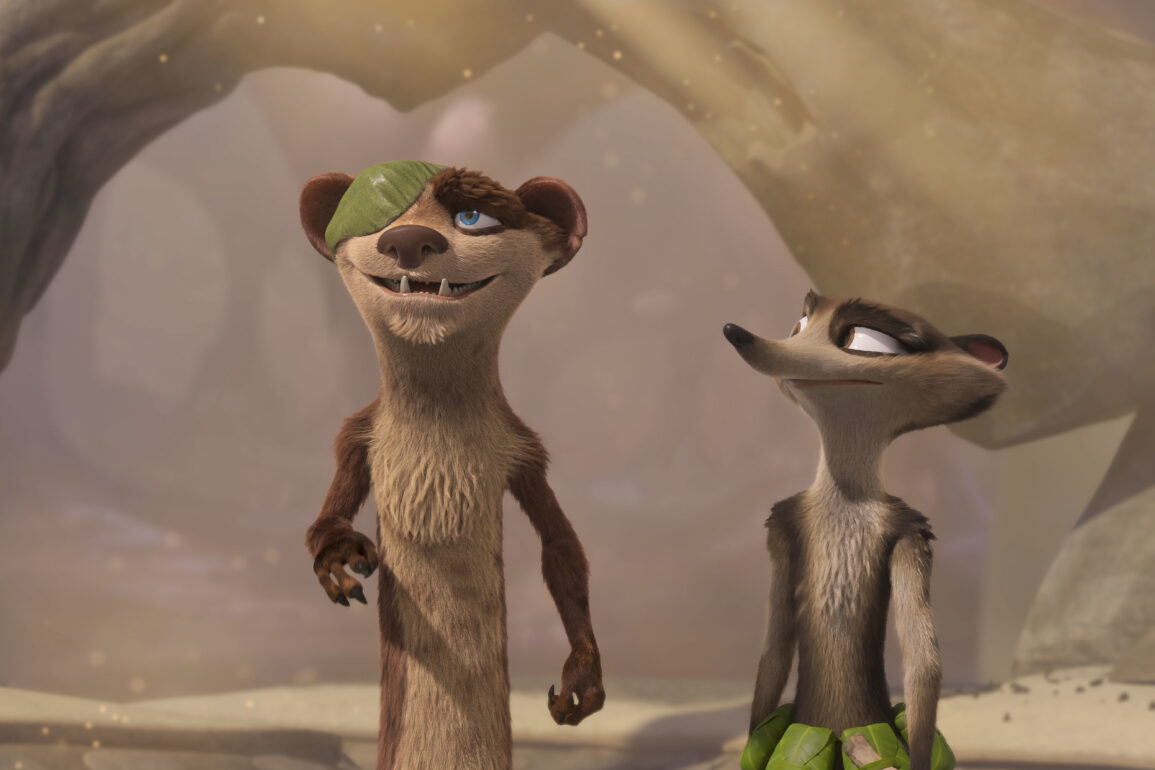 Buck Wild and Zee must unite to fight against the dinosaurs. (Disney+)
Movie ReviewReviews

A rather disappointing addition to the Ice Age franchise, this film felt unsatisfying and subpar compared to the previous five films.

Plot: When reckless possum brothers Crash and Eddie decide it’s finally time to live a life of independence, they find themselves in wild adventure with a familiar one-eyed weasel.

Review: After watching this new Ice Age installment, there were a lot more questions and head scratches by the end of it – much more than any semblance of satisfaction. To start, the animation was very underwhelming. Some details were there, but it felt like I was watching an unfinished video game from the 2000s. It lacked smoothness, lighting, and the kind of vibrancy you’d expect from characters with such wild personalities.

As for the narrative, it was nice to see Crash and Eddie get their moment to shine, but definitely not enough to save the movie. The pacing felt awkward – some scenes lingered longer than necessary, and others felt too short.

Despite all this, Buck (voiced by Simon Pegg) was the saving grace of this film. He was the anchor, not only in plot, but in character as well. Though we do get to see some familiar faces, this movie did not quite fit with the rest of the franchise – and that’s not even including the fact that none of the original voice actors return. Overall, the vibes were off especially considering how the film omitted very integral moments (and characters) in Ice Age, which was difficult to ignore.

I’m not entirely sure where the rest of this franchise might lead to, but I hope this isn’t the end note to a franchise that is so beloved to many. The Ice Age Adventures of Buck Wild missed its marked by a long shot… and definitely hit an ice berg or two on the way down.