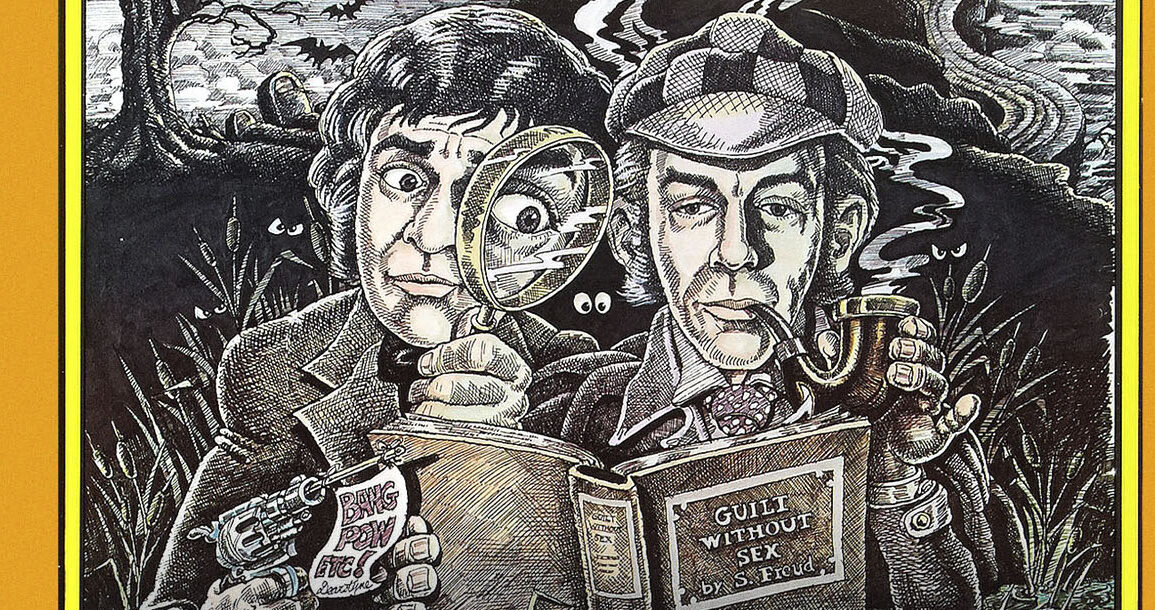 A spoofy take on the Sherlock Holmes stories and films, The Hound of the Baskervilles got a few guffaws and chuckles out of me, and I enjoyed the sheer goofiness of the whole affair.

A monstrous hound is killing people on the moors, and Sherlock Holmes is called to the case … but being exhausted of his duties, Sherlock sends his assistant John Watson in his stead, leading to a hilarious misadventure.

Sherlock Holmes (Peter Cook) has grown weary of his fame and his duties to society, and so when he’s asked to travel to the moors of Baskerville Hall where a dreaded beastly hound is devouring the locals, Holmes calls it quits for the time being and send his halfwit assistant John Watson (Dudley Moore) in his stead. Watson travels to Baskerville Hall with a friend (played by a hilarious Kenneth Williams) and upon arriving at the spooky Baskerville Hall, they are placed in a waterlogged room filled with rats and fog. Watson struggles to piece together any semblance of clues in the region, although there are plenty of leads, and as the bodies continue to pile up (and dogs to consider as the culprit), Watson flails in his duties to his better, Sherlock Holmes. After a terrible holiday of visiting his mother (also played by Moore), Holmes decides to help out his assistant and shows up just when he’s needed, but only after Watson realizes that not only is Baskerville Hall full of crazy people (and a demon possessed woman!), but that only Holmes can solve the case!

A spoofy take on the Sherlock Holmes stories and films, The Hound of the Baskervilles got a few guffaws and chuckles out of me, and I enjoyed the sheer goofiness of the whole affair. Moore also provided the piano score to the soundtrack, and while the movie isn’t a laugh riot movie from start to finish (what comedy is, anyway?), it’s a fun little footnote to the Holmes mythology. Paul Morrissey directed it.

Code Red and Kino Lorber have just released a Blu-ray edition of The Hound of the Baskervilles, and while I’m not certain when was the last time this film was readily available (if ever) on disc, it looks nice in an HD transfer. The trailer is also included on the disc. 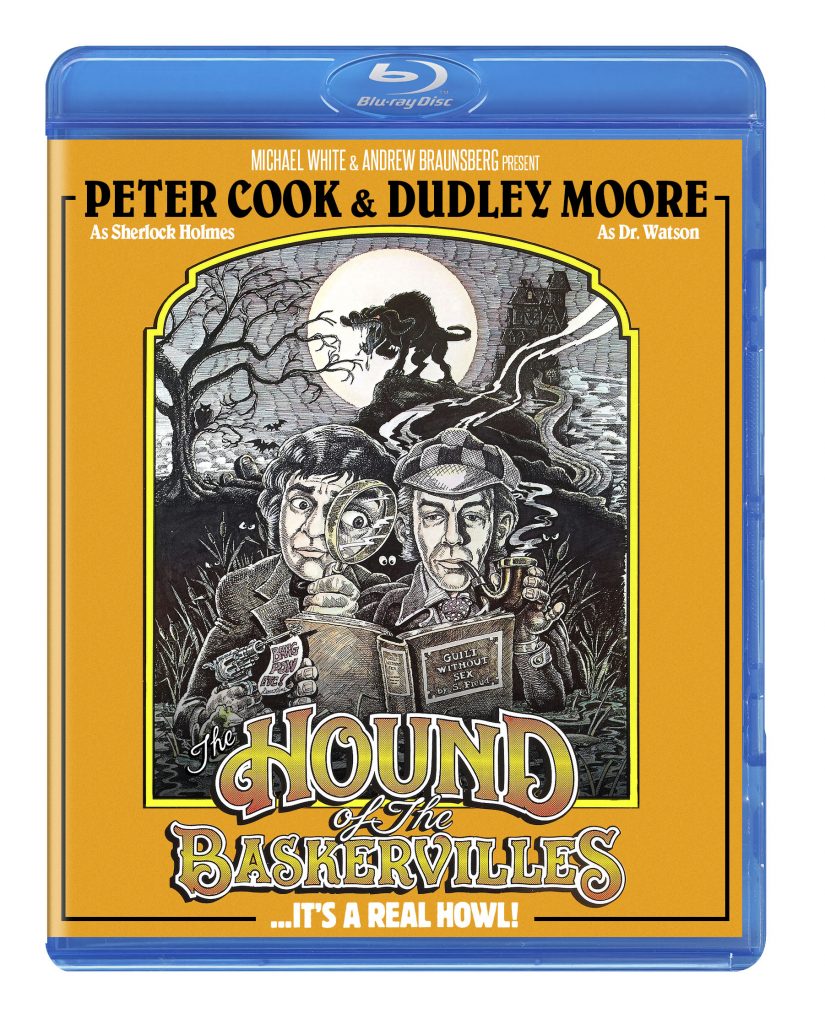