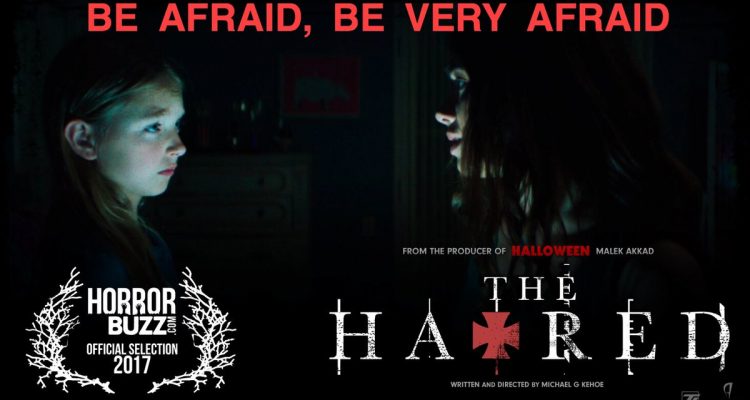 The movie’s static sense of dread and horror doesn’t really stir the viewer into any sense of emotion other than boredom.

Plot: Four young women travel to their college professor’s new country home for a weekend getaway, only to discover that the house has a malevolent past.

Review: A Nazi flees Germany and relocates in the American Midwest. The cretin (played by Andrew Divoff of Wishmaster) starts a family on his farm, but he’s an overbearing, evil man who keeps his daughter locked up like a prisoner in the house. One day he receives a package from Germany containing a letter and an ancient artifact; the letter informs him to keep the artifact safe, and so he inters it into the home itself for safekeeping, but soon thereafter the artifact begins having an adverse affect on him and his family, and in a fit of uncontrolled rage, he murders his daughter, and then (surprise!) his wife murders him, not realizing that there is a malevolent item in their home that has caused them to act out in rage. Years later, a young woman named Reagan (Sarah Davenport) is summoned to the same farmhouse to babysit a little girl, and to keep her company Reagan brings along three girlfriends. As soon as they get there, the little girl Reagan is meant to babysit begins exhibiting strange behavior, and the dark secret of the house begins manifesting itself in the form of sinister, ghostly violence …

What starts out as an intriguing premise soon descends into a nondescript horror exercise of boring tropes and entirely predictable interludes. It’s a shame because the ingredients are all there to make a go of it. A lot of these low budget horror films take place in and around one central location, and the farmhouse in The Hatred is a pretty well lit looking house of no discernible distinction. Writer / director Michael G. Kehoe (Dominion with Tim Thomerson) doesn’t do much with the premise, and the movie’s static sense of dread and horror doesn’t really stir the viewer into any sense of emotion other than boredom.