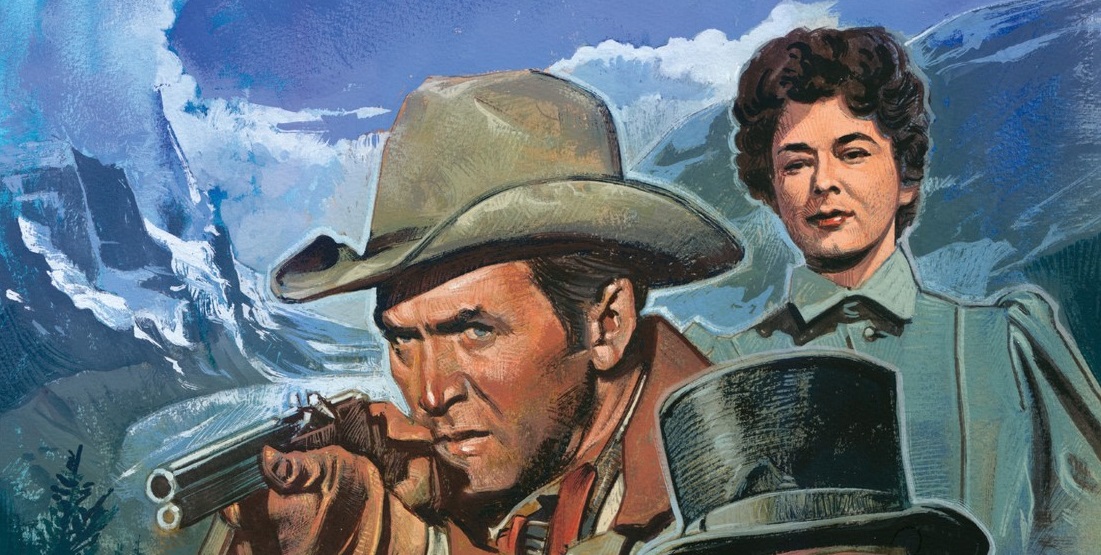 An authentic looking western with some very pretty vistas and landscapes, The Far Country is definitely one of Stewart’s grittier roles, turning him into a layman hero and a love interest for two female characters in the film.

Review: A weary cattle rustler named Jeff Webster (James Stewart going tough) is also a wanted man in some territories for a murder, and when he passes through a town nearly bordering Canada, he runs afoul of the town’s corrupt judge / lawman (John McIntire) who immediately pegs Jeff as a mark. The judge arrests him under a bogus charge of disrupting a hanging, and then he proceeds to acquit him, but also confiscates his entire herd of cattle as payment for the trouble he supposedly caused. Left broke, Jeff and his trusty partner Ben (Walter Brennan) join a wealthy and sexy saloonkeeper (Ruth Roman) who hires them to accompany her entourage across the Canadian border to seek out some claims. As an afterthought, Jeff decides to steal his entire cattle herd back from the shifty judge, prompting a vengeance tour from the judge and his evil hired guns. When Jeff and his team cross into Canada and begin staking their claims with a bunch of settlers, along comes the judge and his posse and overrule everyone’s claims, creating a mighty uneasy confrontation that leaves Jeff’s partner dead, and Jeff himself wounded. The only way to deal with the judge and his murderous gunslingers is for Jeff to man up and become a killer himself.

An authentic looking western with some very pretty vistas and landscapes, The Far Country is definitely one of Stewart’s grittier roles, turning him into a layman hero and a love interest for two female characters in the film. He never strikes me as a man’s man, but he certainly tries to be one here in director Anthony Mann’s film. The villains are great, the ladies are attractive, and the picture moves at the right pace, even if watching older era westerns isn’t something you’re used to. Now I need to watch The Naked Spur, another of Stewart’s and Mann’s collaborations, again. I haven’t seen it since I was a kid. The Far Country might give you a new appreciation for this genre.

Arrow Academy has just released a limited edition two-disc Blu-ray of The Far Country with two different aspect ratios of the film. It has been restored from the original camera negative, comes with a new audio commentary, two filmed documentaries and appreciations, as well as a booklet with an essay about the film, and some other smaller supplements. The transfer is bright and warm, and it comes in its original mono soundtrack. 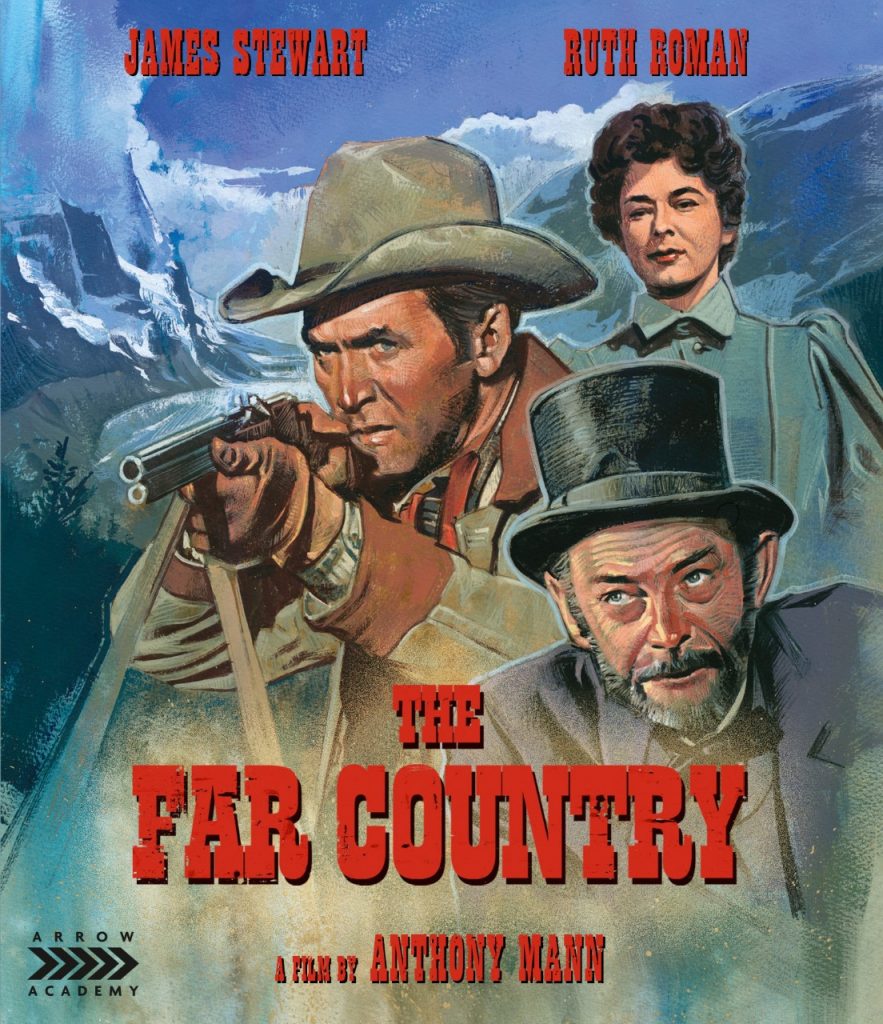