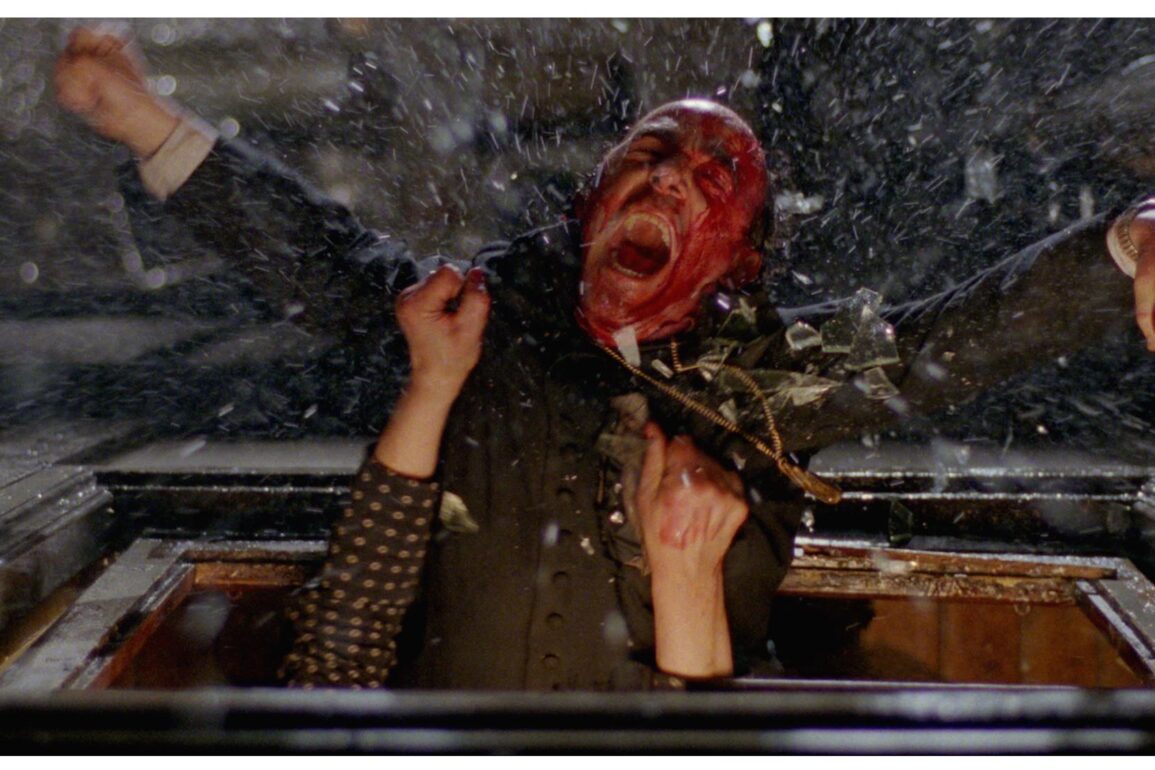 The Day of the Beast (1995) Severin Blu-ray Review

From director Alex De La Iglesia, The Day of the Beast is a comedic madcap horror film that chucks logic and good sense right out the window in favor of profane antics, and for the most part it works, but the last act of the movie careens right off the rails and loses its way and never gets back on the tracks.

A priest sets out to commit as many sins as he can in order to summon the devil so that he can stop the apocalypse.

A priest named Cura (Alex Angulo) cracks a code in the Bible that no one else before him has ever done: He is certain that the antichrist will be born in a few days, on Christmas, in fact, and it propels him to come up with an impossible plan: He will commit as much sin as he can, renounce Christ as his savior, and hopefully the devil will take notice so that Cura can summon Satan before the antichrist is born. The endgame is to kill the antichrist just before birth, but Cura is virtually a fish out of water when it comes to sin. He’s never behaved as a sinner until this moment, and he begins by stealing from beggars, pushing mimes over on the street, shoplifting, and listening to death metal. Speaking of death metal, when he walks into a metal record shop, he meets Jose Maria (a well-cast Santiago Seguara), a hapless metalhead who instantly buys into Cura’s kooky spiel about the end of the world. Cura takes a room at a hostel that Jose Maria’s mother runs, and they are an inseparable pair for the next day and night as Cura’s frantic quest to sin as hard as he can culminates in kidnapping a TV host / psychic quack named Cavan (Armando De Razza). In kidnapping Cavan, Cura thinks he has the key to summoning Satan, but Cura is clueless on satanic rituals and the like, and so it’s a boon for him that Cavan is somewhere between quack and the genuine article. As the clock ticks closer to midnight on Christmas Eve, Cura’s furious antics become more haphazard and unpredictable, and he goes so far as to kill a few people to achieve his goal, and by the end of the night, he’ll indeed conjure Satan, a goat-headed monster who has been stalking the streets of Spain in the guise of a man who gleefully torches homeless derelicts in dark alleys.

From director Alex De La Iglesia, The Day of the Beast is a comedic madcap horror film that chucks logic and good sense right out the window in favor of profane antics, and for the most part it works, but the last act of the movie careens right off the rails and loses its way and never gets back on the tracks. In a way, this movie reminded me of the classic comedy Being There with Peter Sellars, but with some satanic ingredients mixed in. Angulo’s portrayal of the innocent priest who commits himself to sin without compromise is kind of fun, and Seguara as his sidekick is a hoot. Iglesia’s approach to the material is only at half-strength, but at least he’s committed, and it’s perfectly understandable that this movie went on to become a real cult film.

Severin recently released The Day of the Beast onto a 4K Ultra HD / Blu-ray combo pack, and the film sparkles and dazzles in its presentation. The special features on the Blu-ray disc, and they include a feature-length making-of documentary, interviews, a short film, trailers, and more. 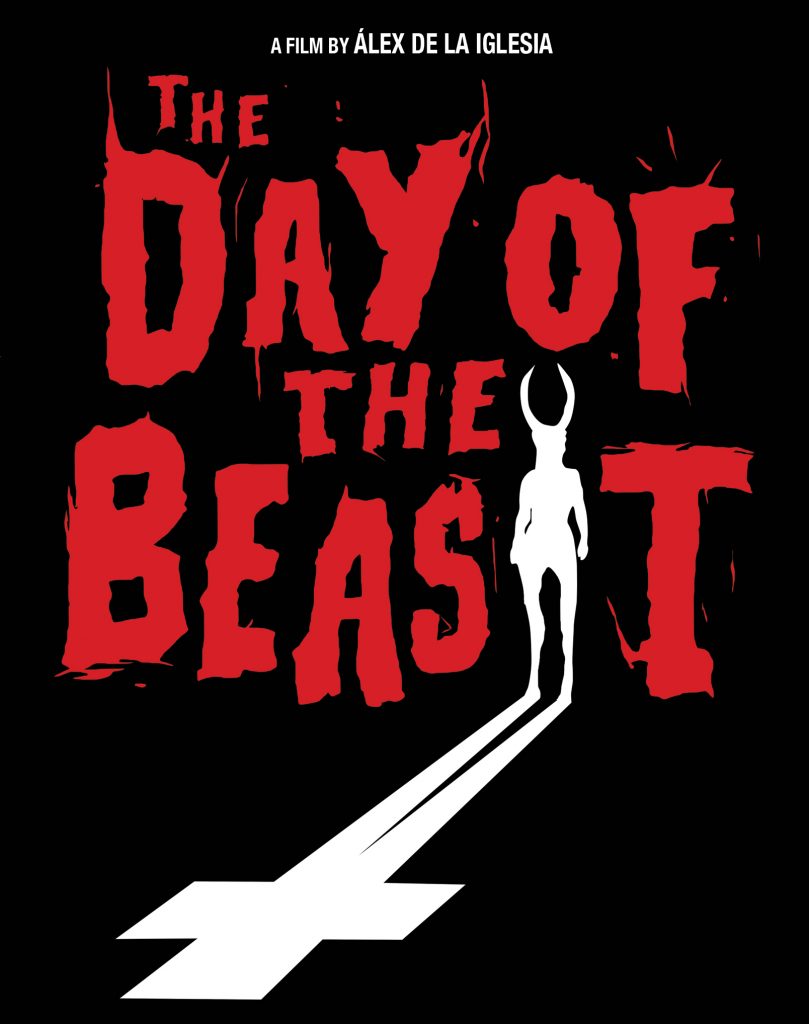